Charlotte and I were in Tokyo on a mission: shooting pictures for suitcase brand SUITSUIT. We’ve been to Ibiza with them before to shoot the campaign, so when they heard about our Japan plans, they thought it was perfect for their new Sakura Blossom line. I checked in a suitcase set and we went to work!

While I’m writing this, Charlotte is sitting next to me looking at a website with funny pictures. “Expectations versus reality”, with thirty beautiful travel pictures and their real-life equivalent. “Hanami in Tokyo should be in there, too!”, we laugh. And indeed it is. Even though I have even better pictures. 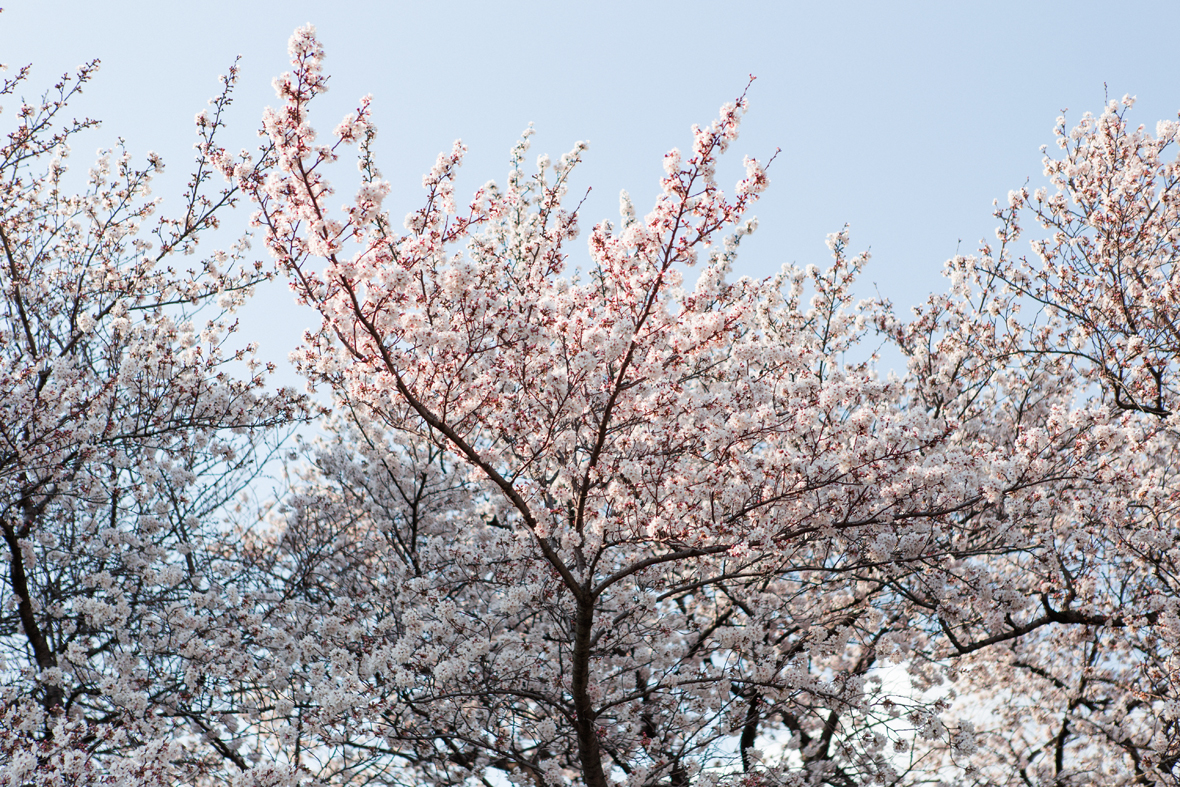 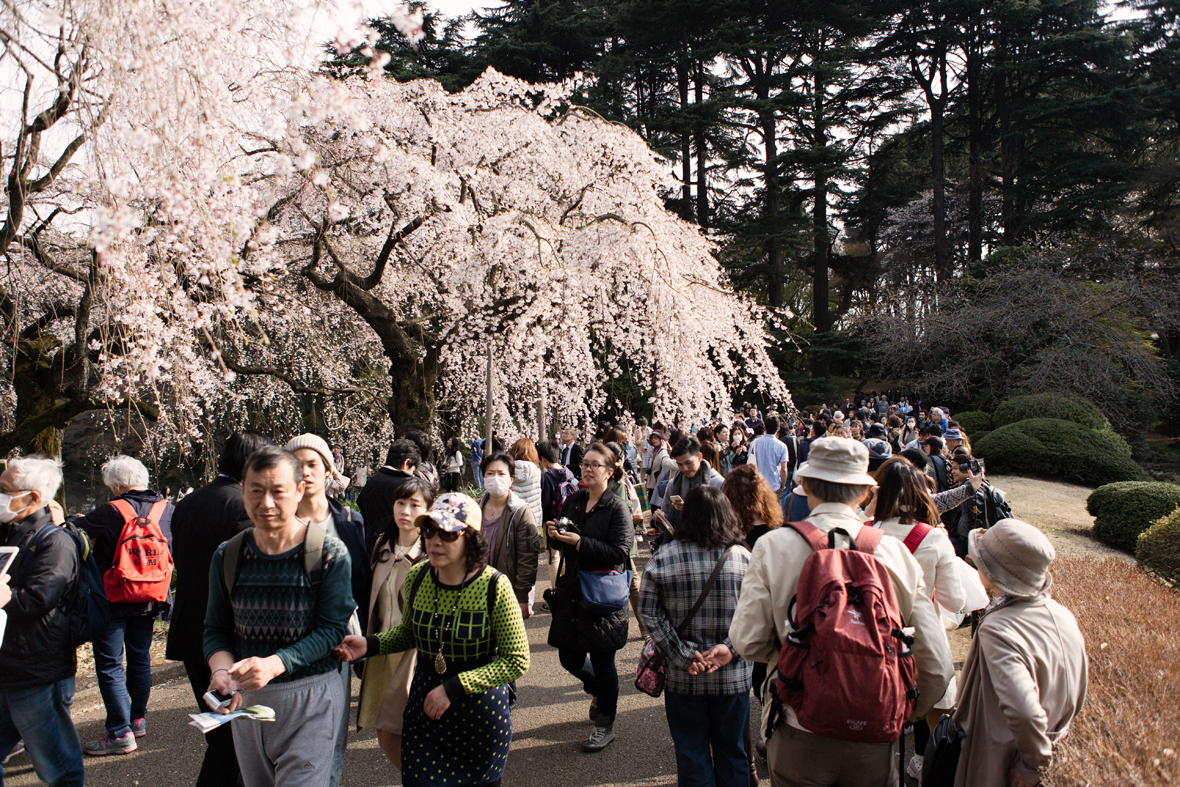 Hanami, or looking at the cherry blossoms (sakura), is the number one national holiday in Japan. The blooming of the blossoms is forecasted in a sort of weather report, as the flowers do not blossom simultaneously everywhere. The supermarkets are full of sakura chocolate, sakura water, sakura cakes… Even Starbucks has a sakura frappuccino. The entire country takes time off, coaches full of elderly people travel to the best hanami locations and young people gather in parks with picnic cloths, drinks and BBQ. It’s an absolute craze.

Some popular places to see the blossoms are the Shinjuku Gyoen Park, the Ueno Park and the waters close to the Imperial Palace. But remember: you won’t be the only one. Even if you, like we did, get up at 5:30 in the morning. 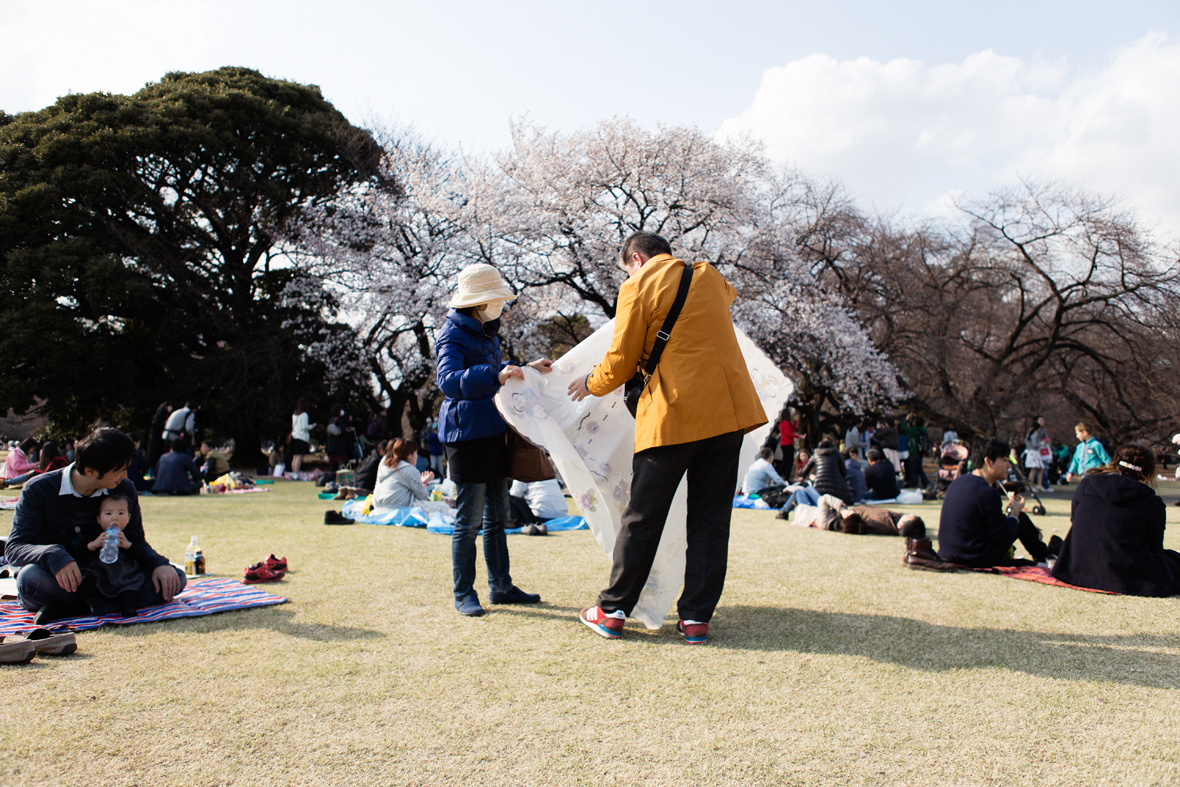 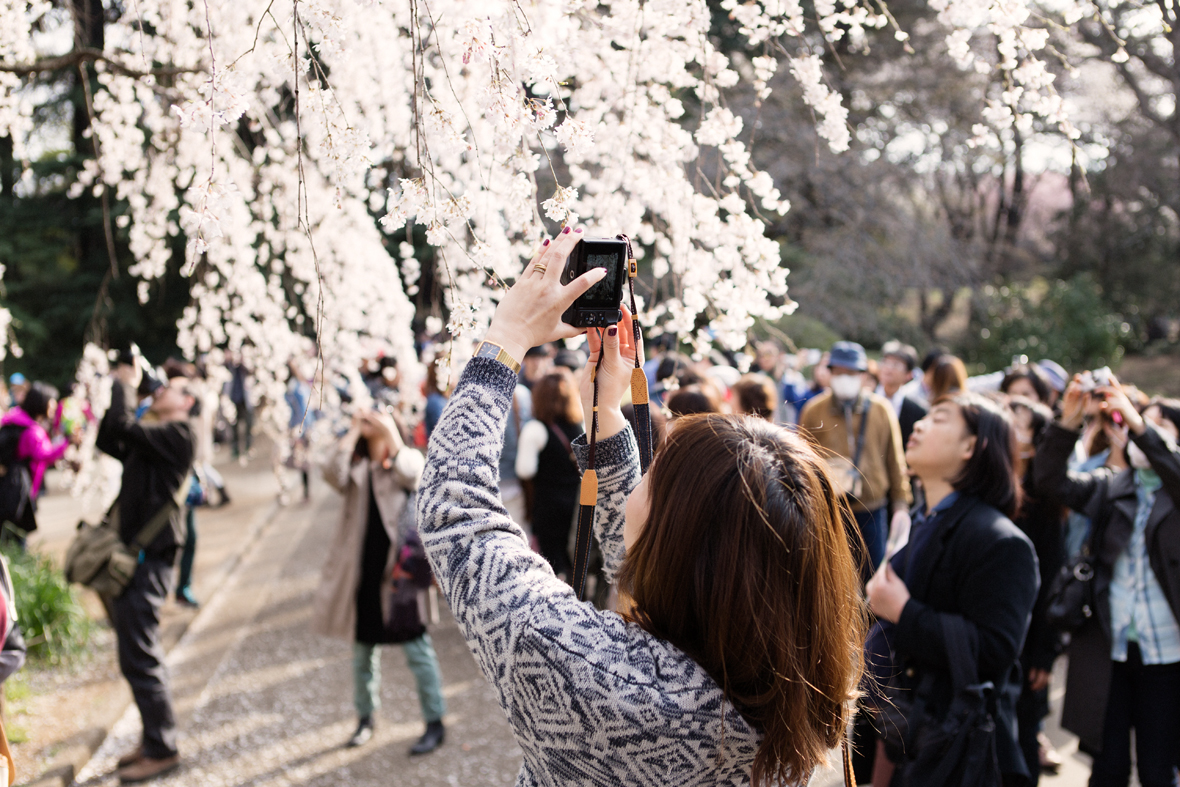 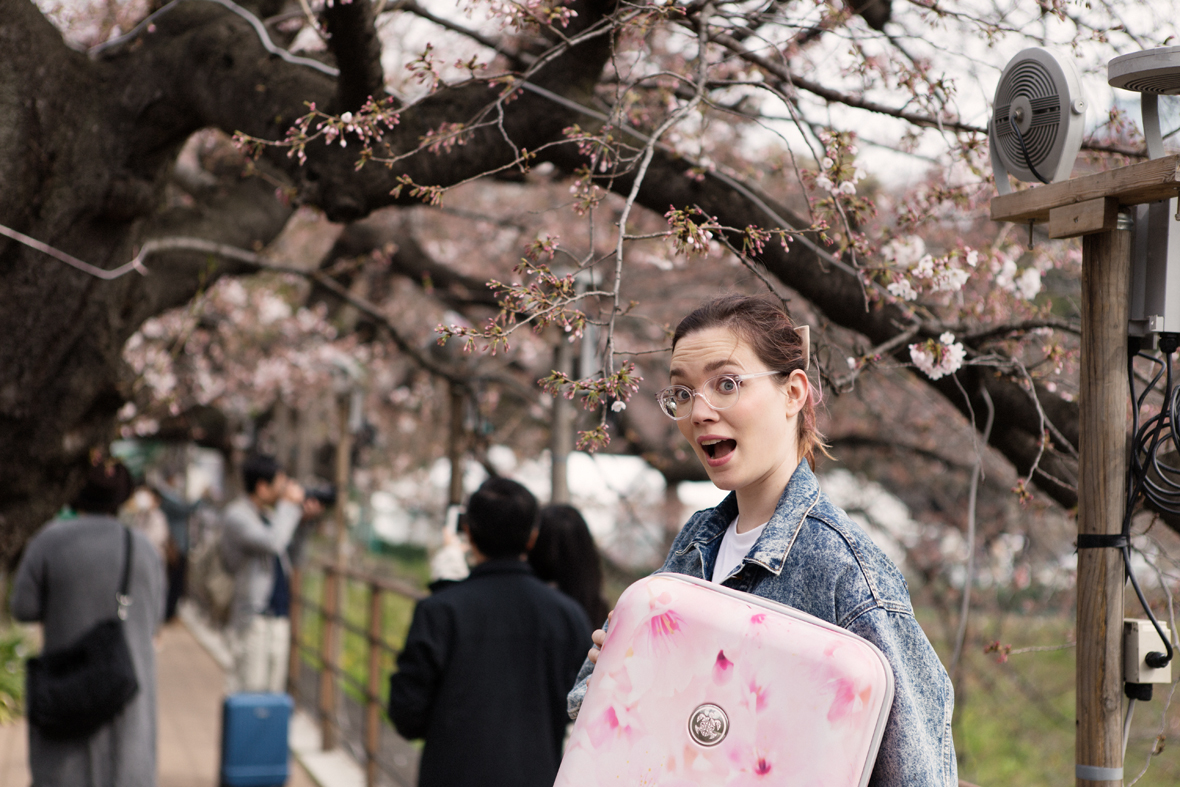 In the end we managed quite well, though. The Japanese are so friendly and polite, they have no problem with stepping out of the way if they see you are about to take a picture. Not that they all realise that they’re standing in your shot… But if you point it out to them in a friendly manner, they politely step aside – but not before they’ve called out “oh, moderu!” (model) and “sakura suittocasu, kawaii desu ne!” 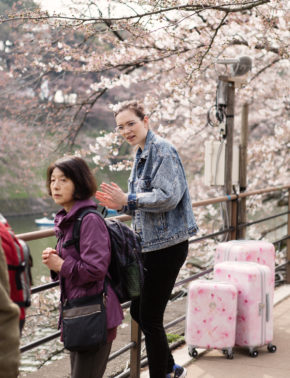 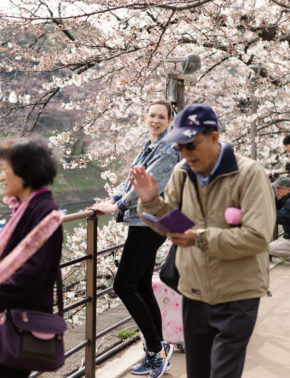 So we relaxed in the park while children rolled down the hill next to us, brides were being photographed and sakura ice creams were enjoyed. We walked around the judo and concert hall Nippon Budokan while people were water pedalling, jogging and taking pictures of the blossoms with selfie sticks. And we visited the Tokyo Tower and the conveniently-located Zojo-ji Temple where we found some more beautiful blossom trees. 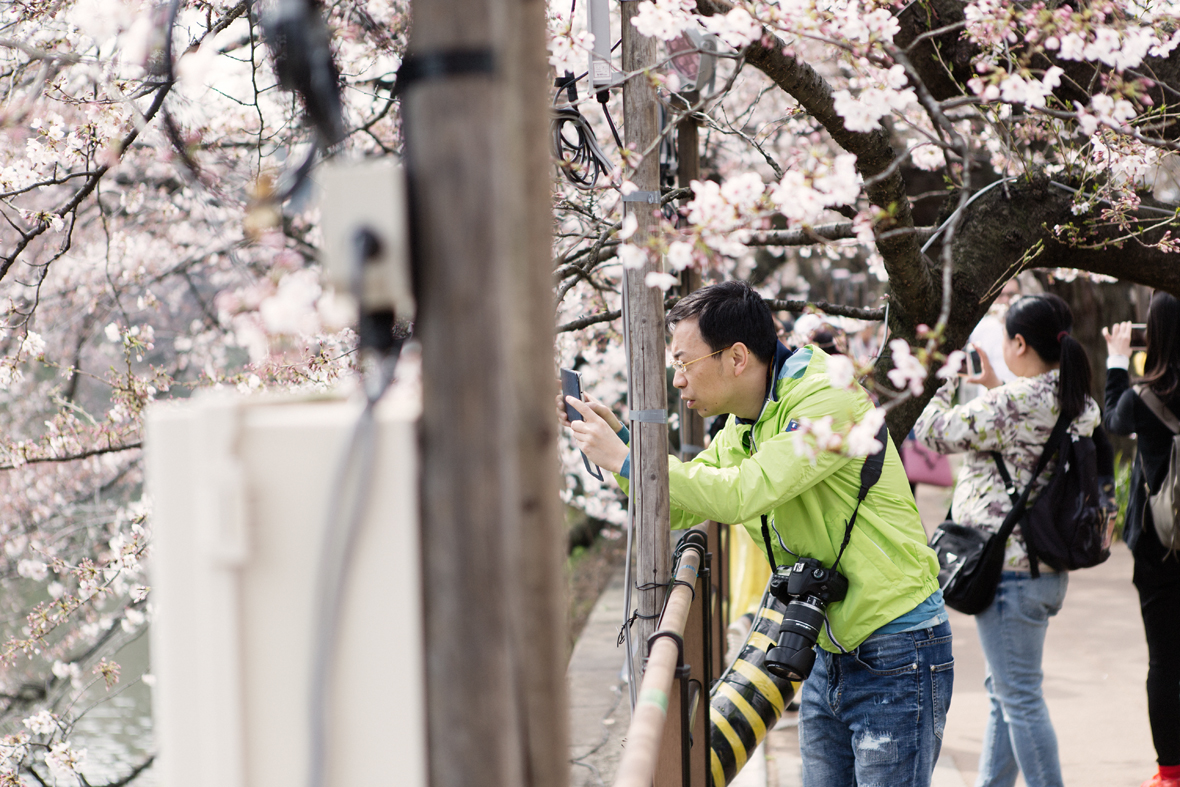 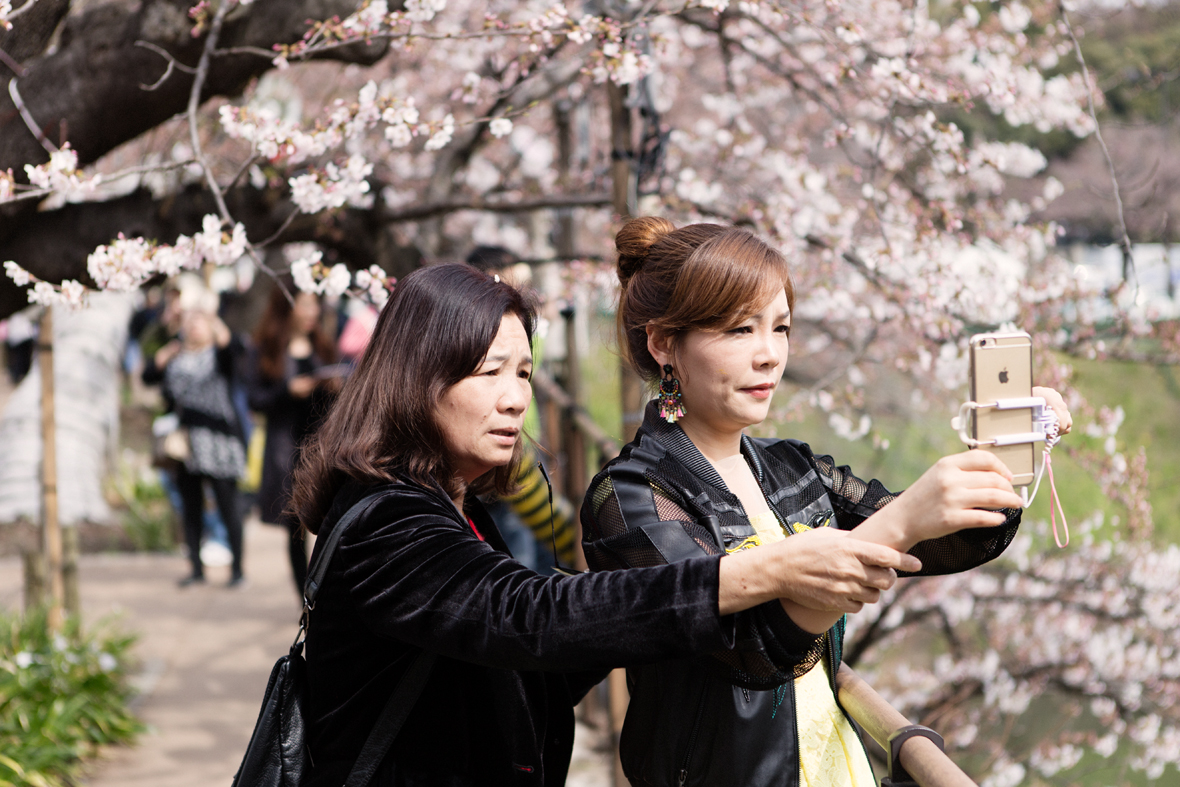 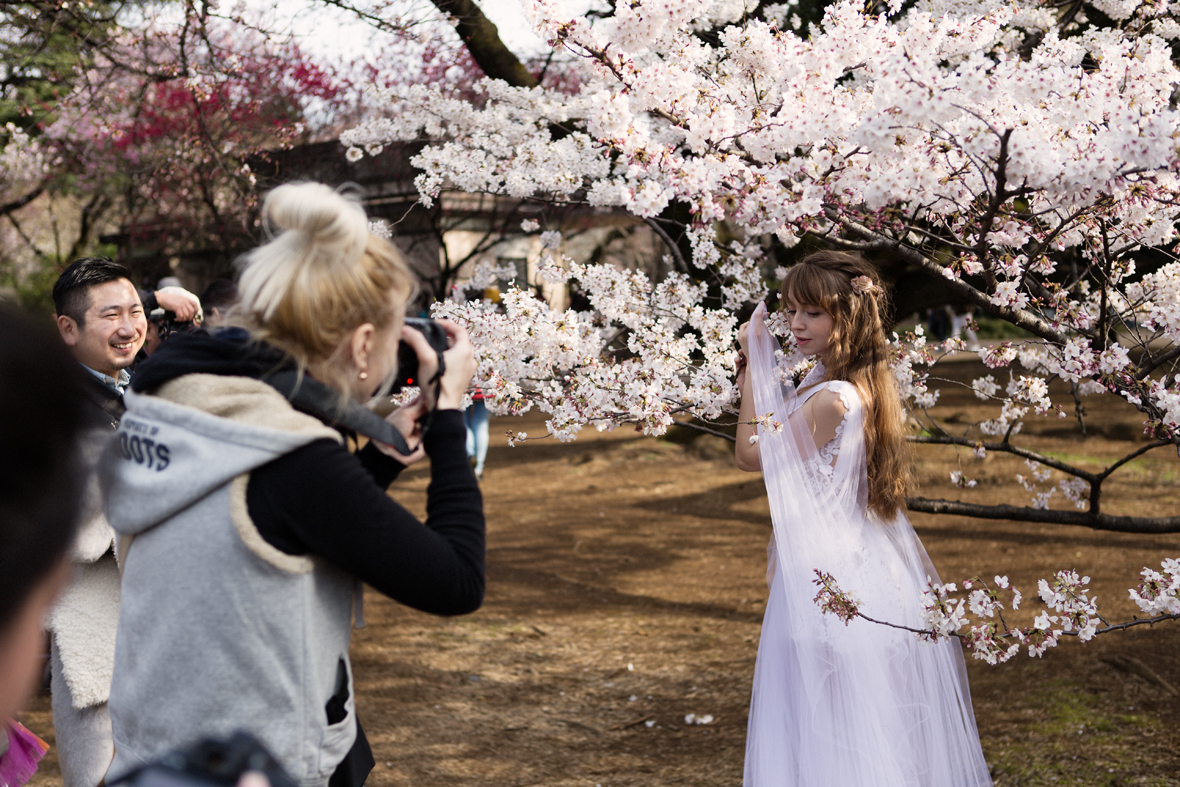 Japanese culture cherishes the concept of “mono no aware”. Roughly translated, it means “the awareness of things”. Cherry blossoms are the perfect example of this: they’re beautiful, but temporary. That’s why the Japanese are so aware of the blossoms and enjoy them while they can. It’s a lesson we can all take to heart. Enjoy the good moments because they will soon pass. But we don’t have to let go of them completely; just like all those camera-carrying Japanese, we will always have the pictures. 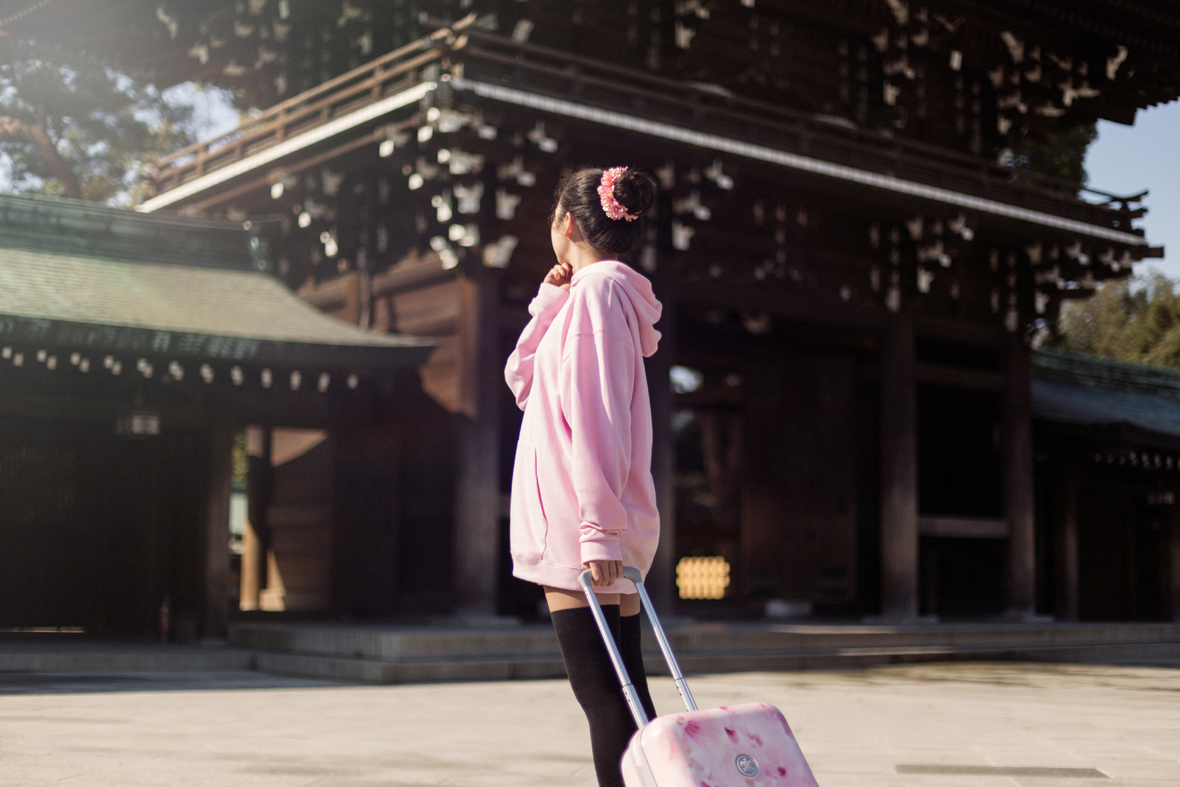 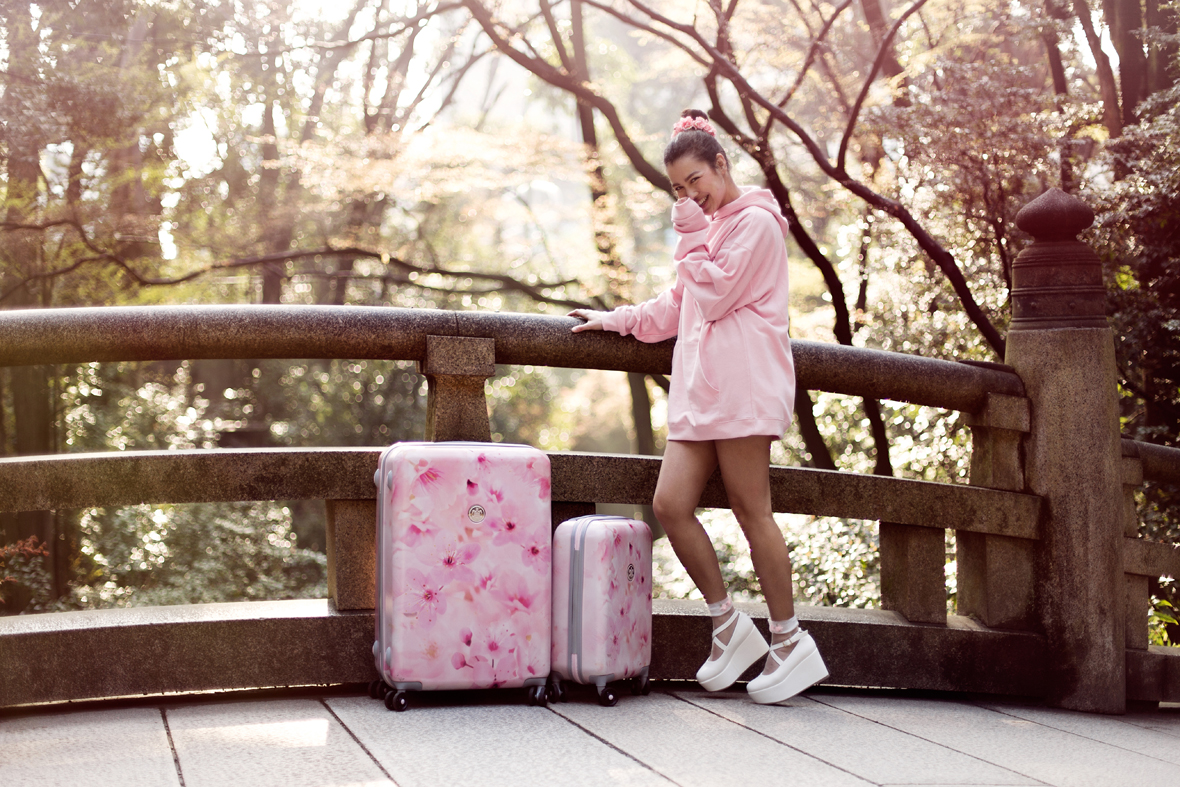 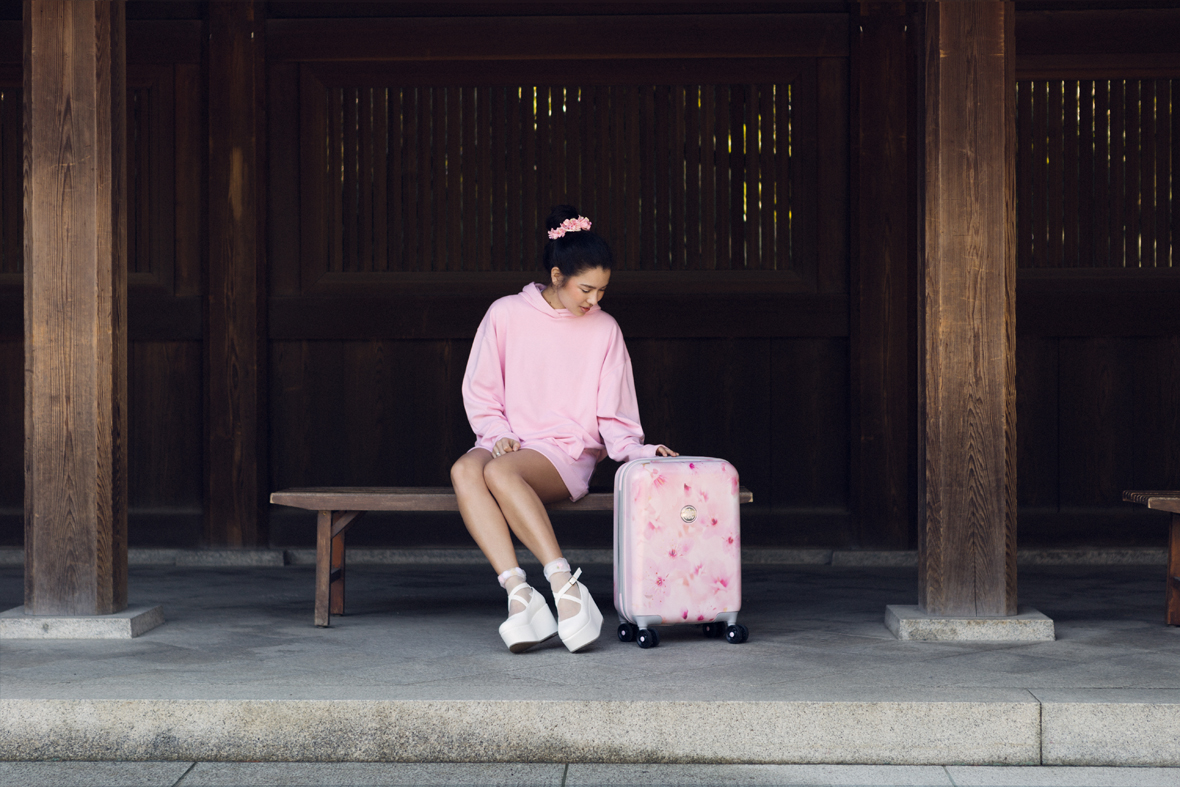 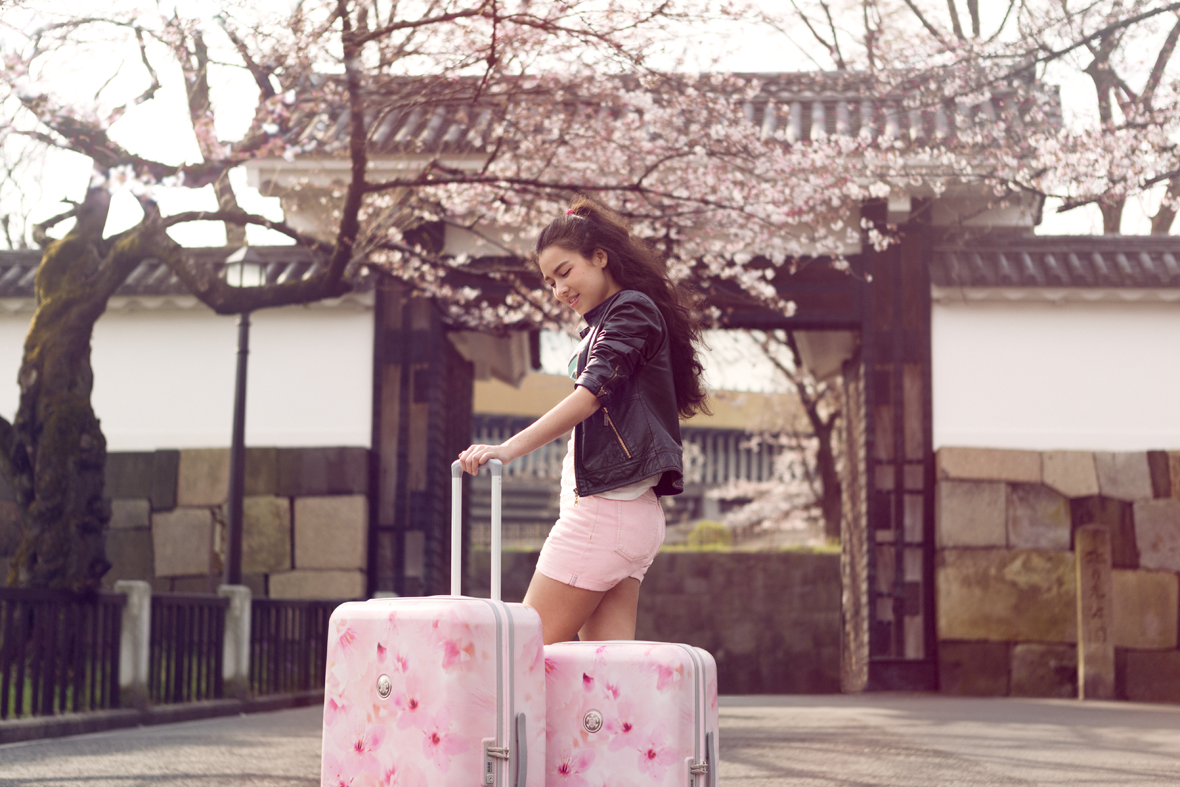 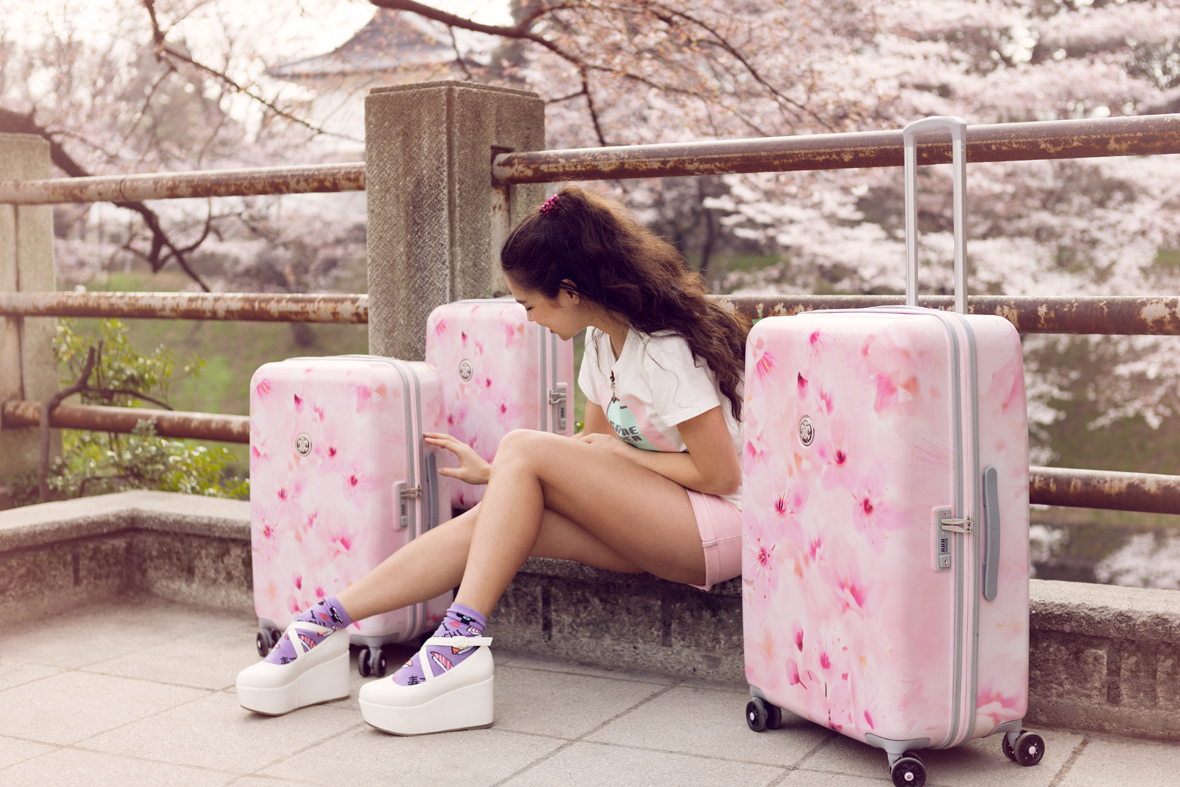 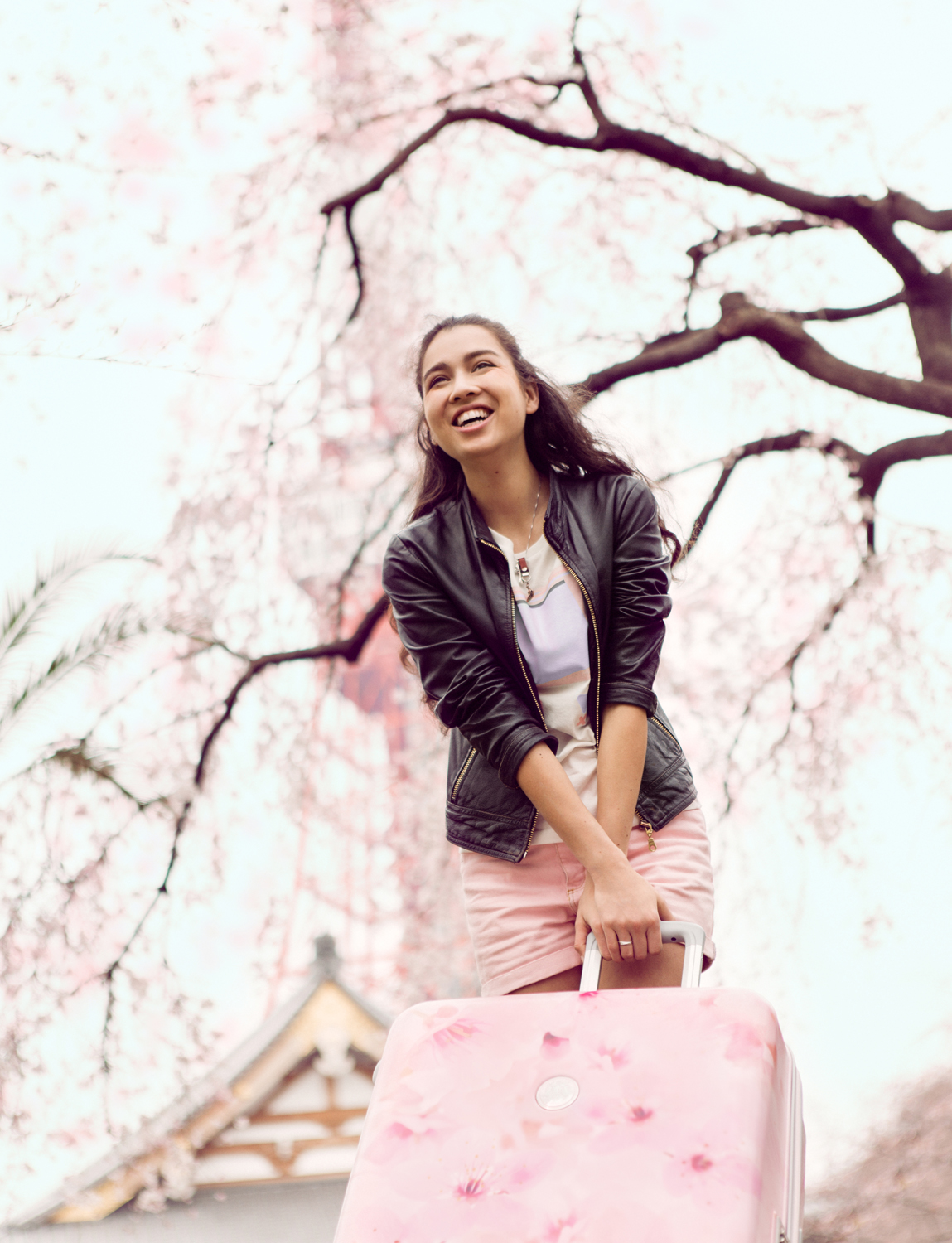