Maybe you’ve heard of it: Halloween in Tokyo. In the city of cosplay, Halloween is a great opportunity to go all out. So this saturday evening (two days before the real date, but well, people have to work) everyone went to Shibuya to party.

My housemates and their friends were going, and asked if I wanted to join. I kinda wanted to sleep (hi jetlag), but I couldn’t miss it of course! Besides, I packed my Stitch costume for this… 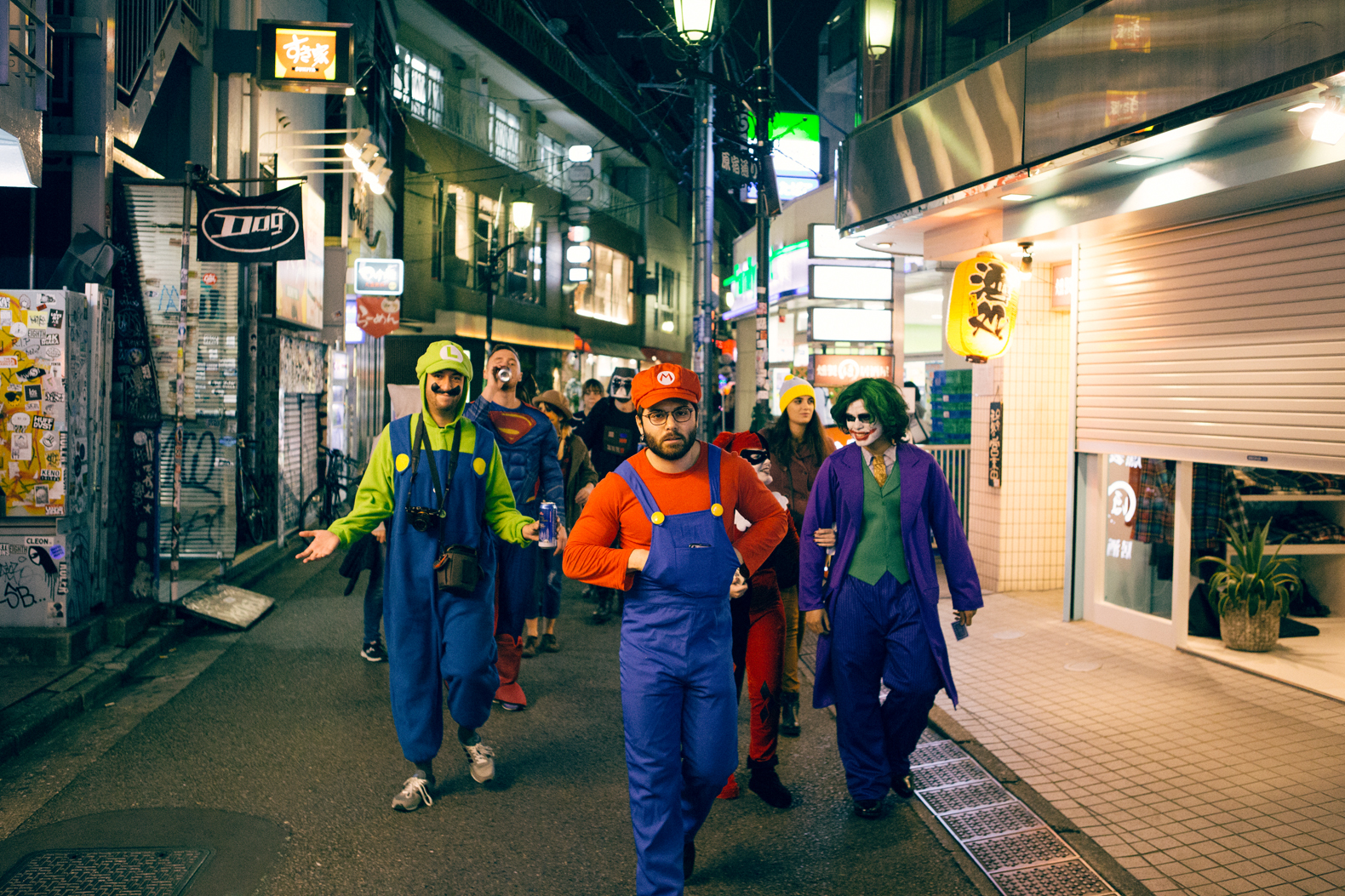 Many, many hours later, since we were going with a group of Italian chicks whose outfits and makeup were very elaborate, we walked to Shibuya together. We came across a bunch of other party people, which caused some hilarity. Especially when one Joker met another. Oh-oh! 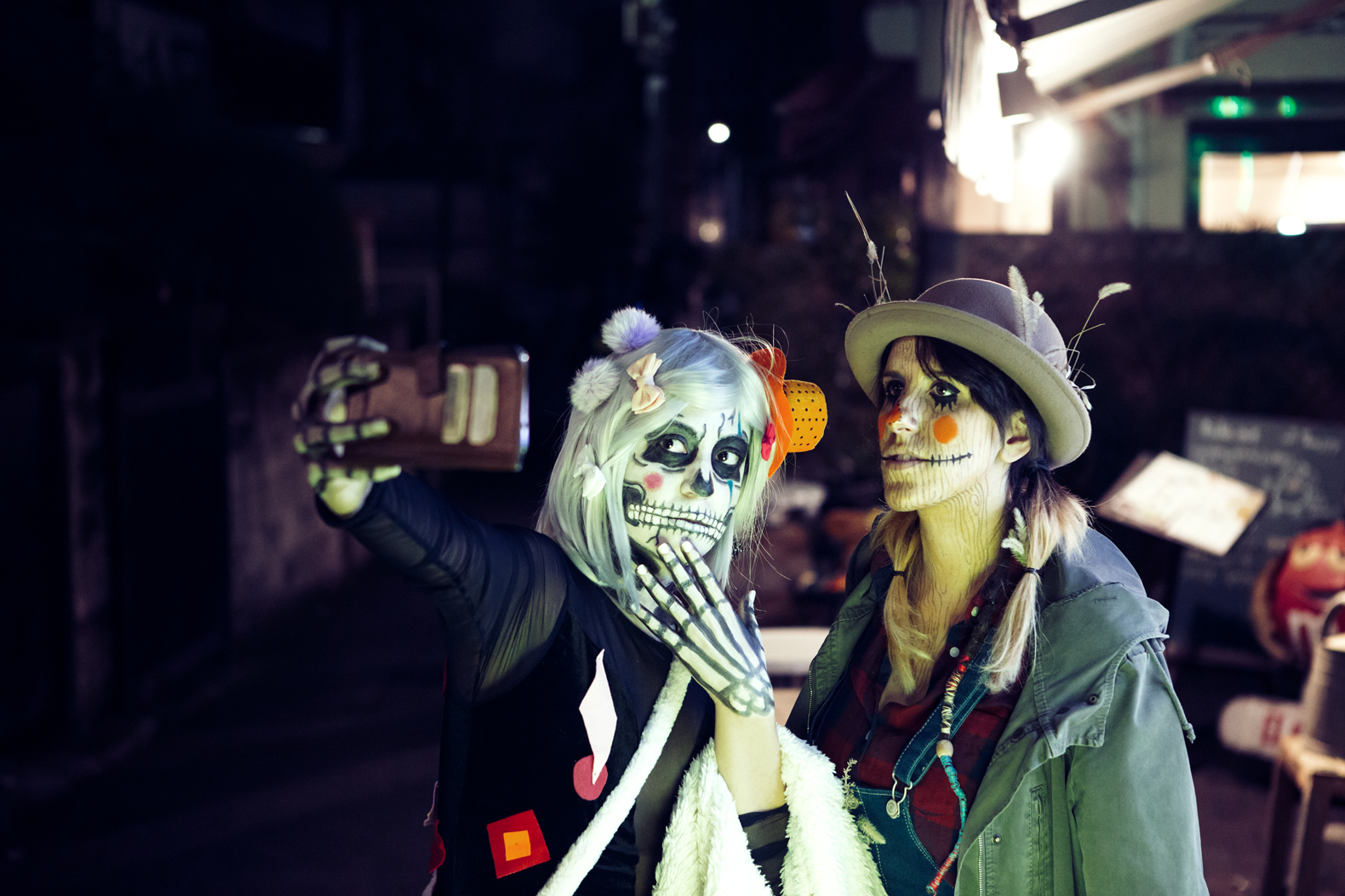 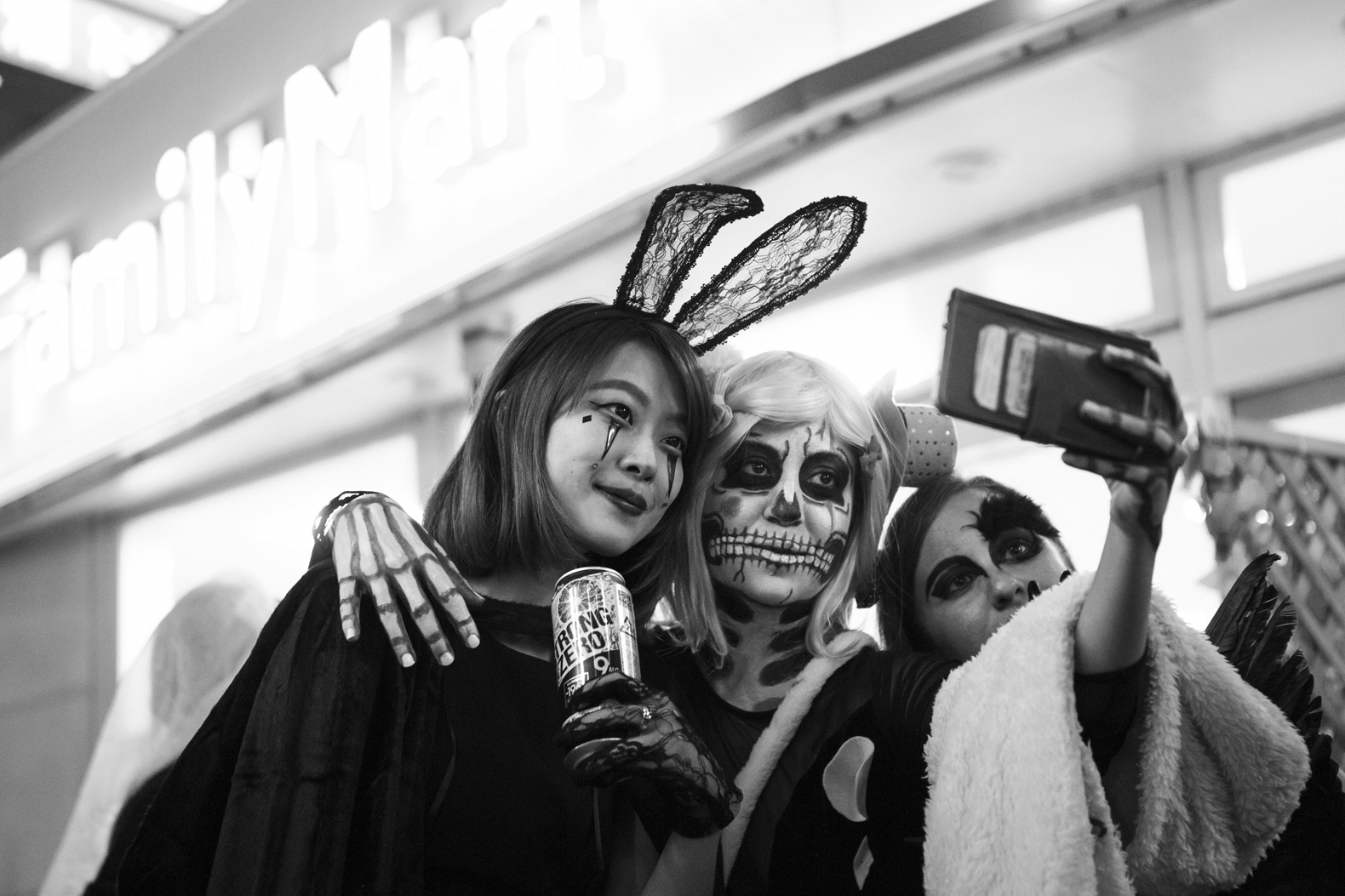 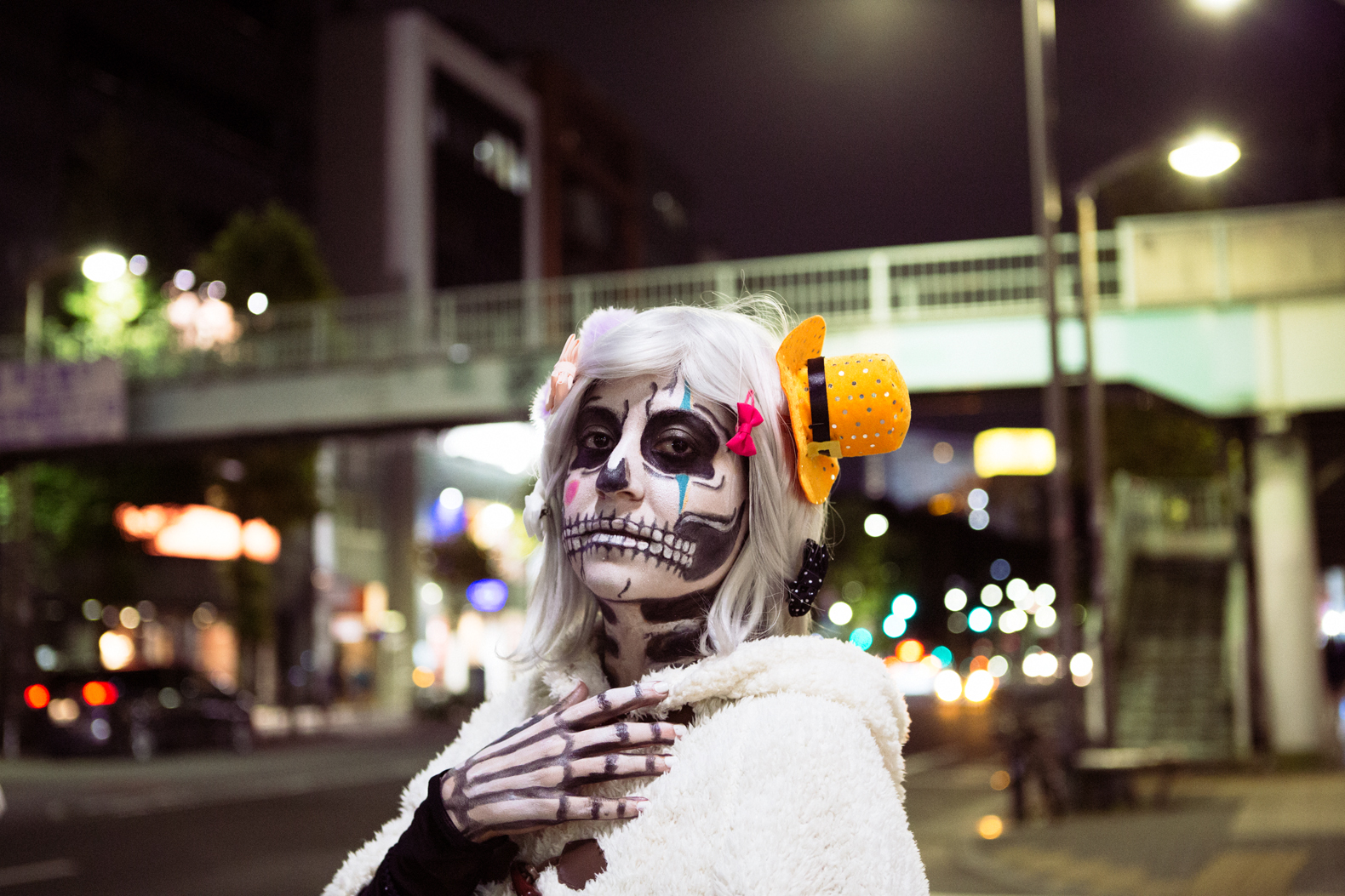 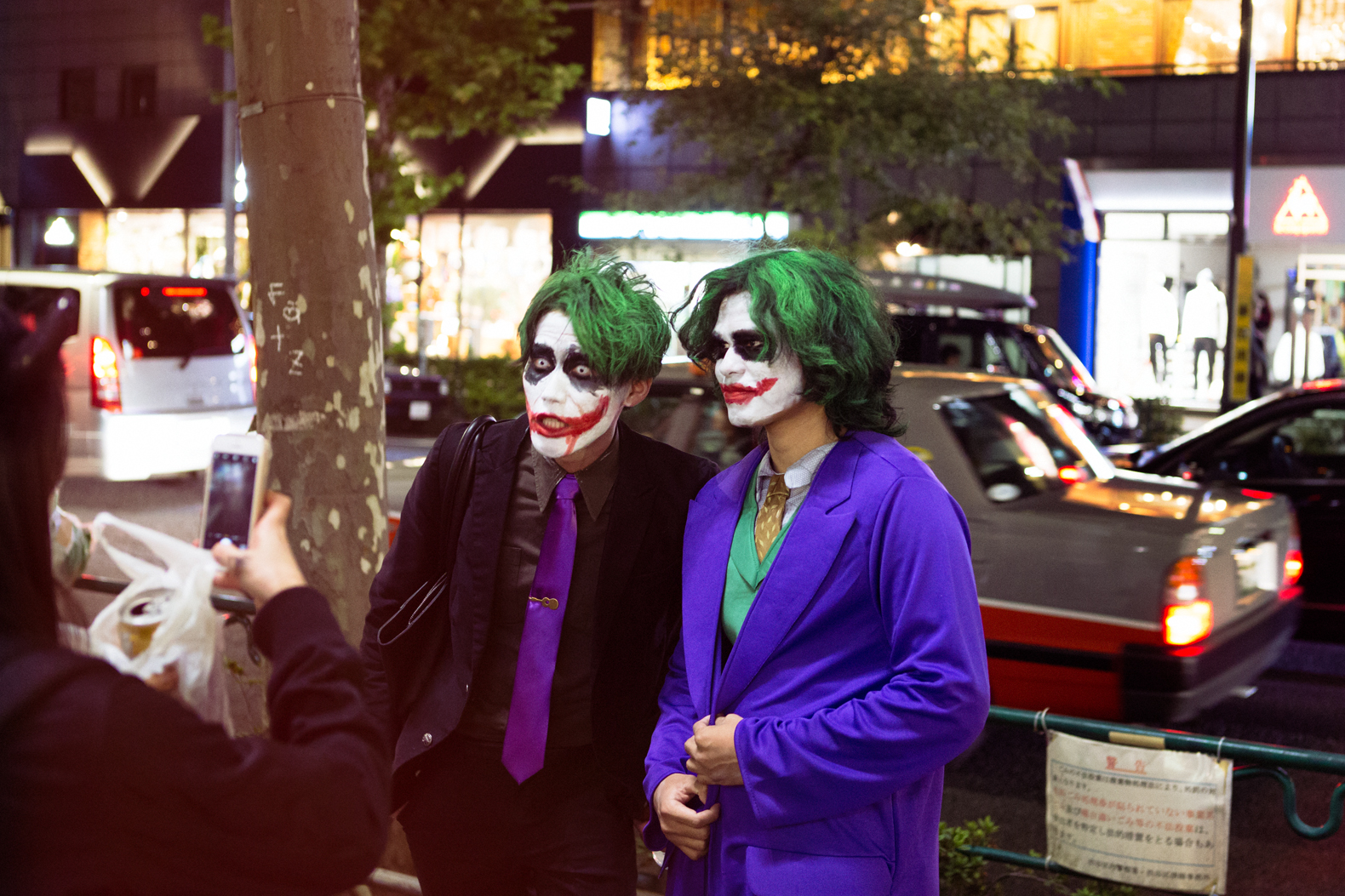 The road in Shibuya was partly blocked. On the famous crossing, traffic could only go left or right. The road straight ahead was closed off. All cars and busses were pointed in the right direction by police officers with a death wish: It takes some guts to stand in the middle of the road, waving two miniature light sabers, with traffic coming straight towards you.

Pedestrians were also guided. The crossing masses were pushed onto the sidewalk by police officers marching in line like a SWAT team. 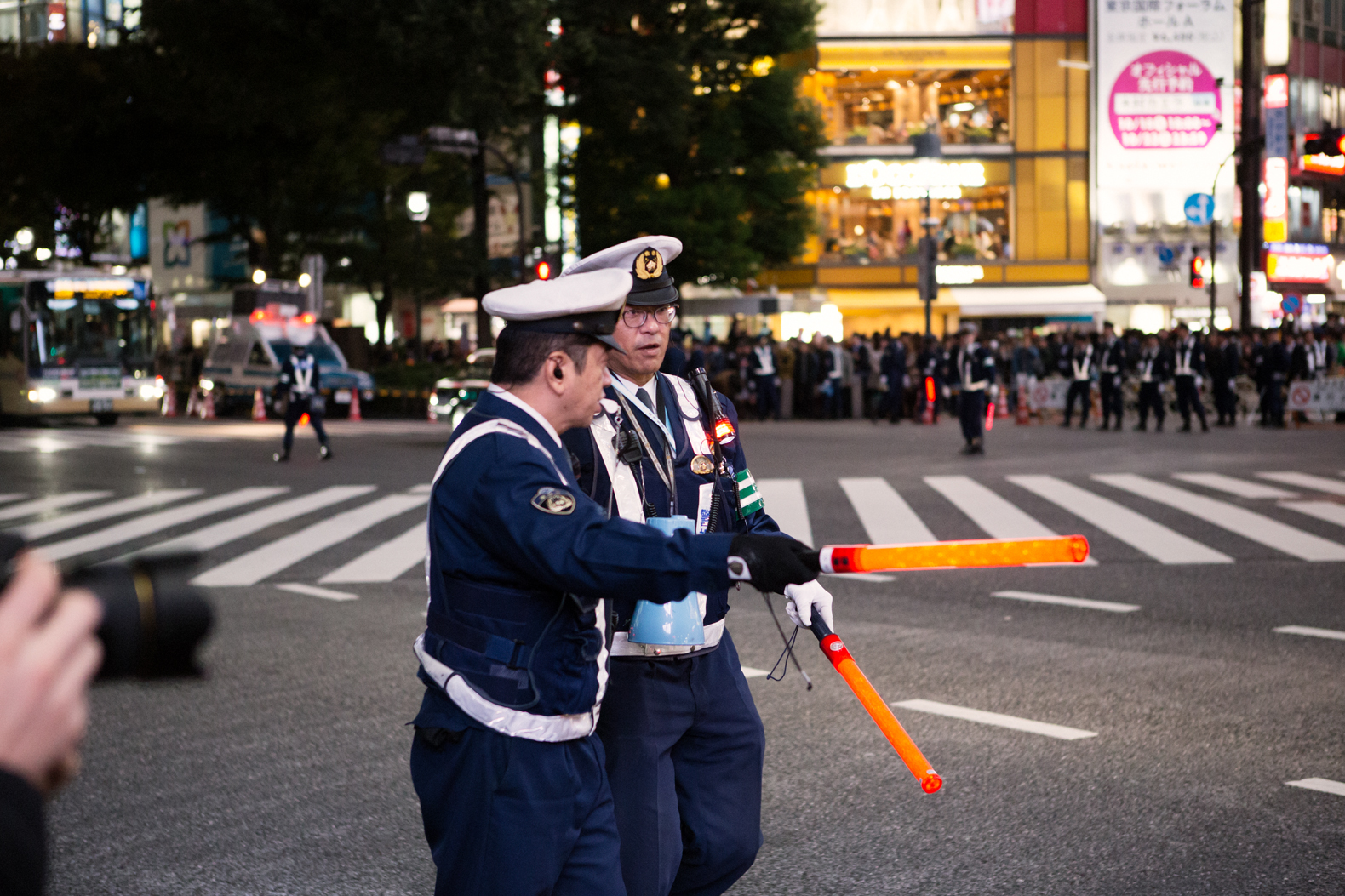 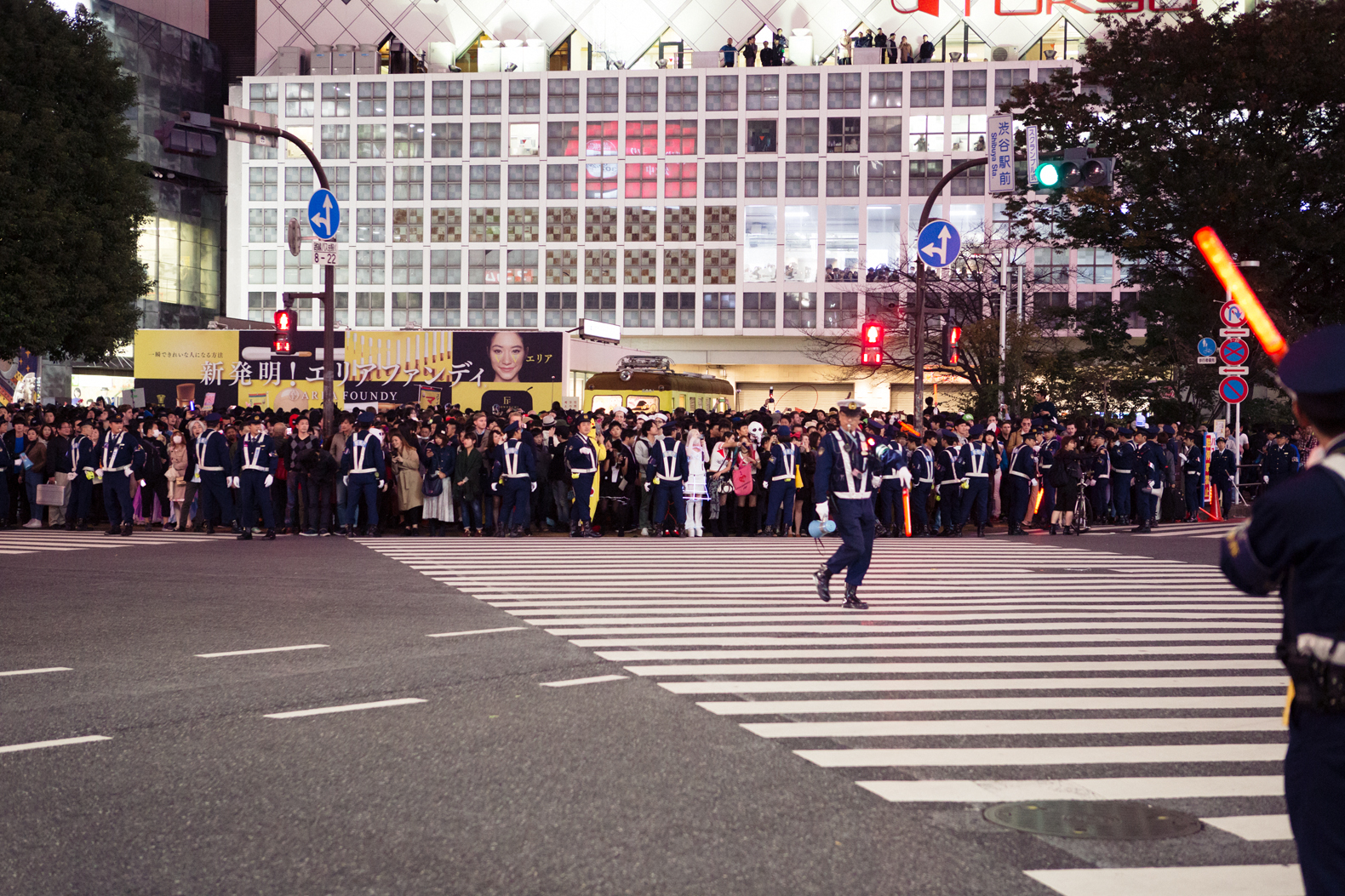 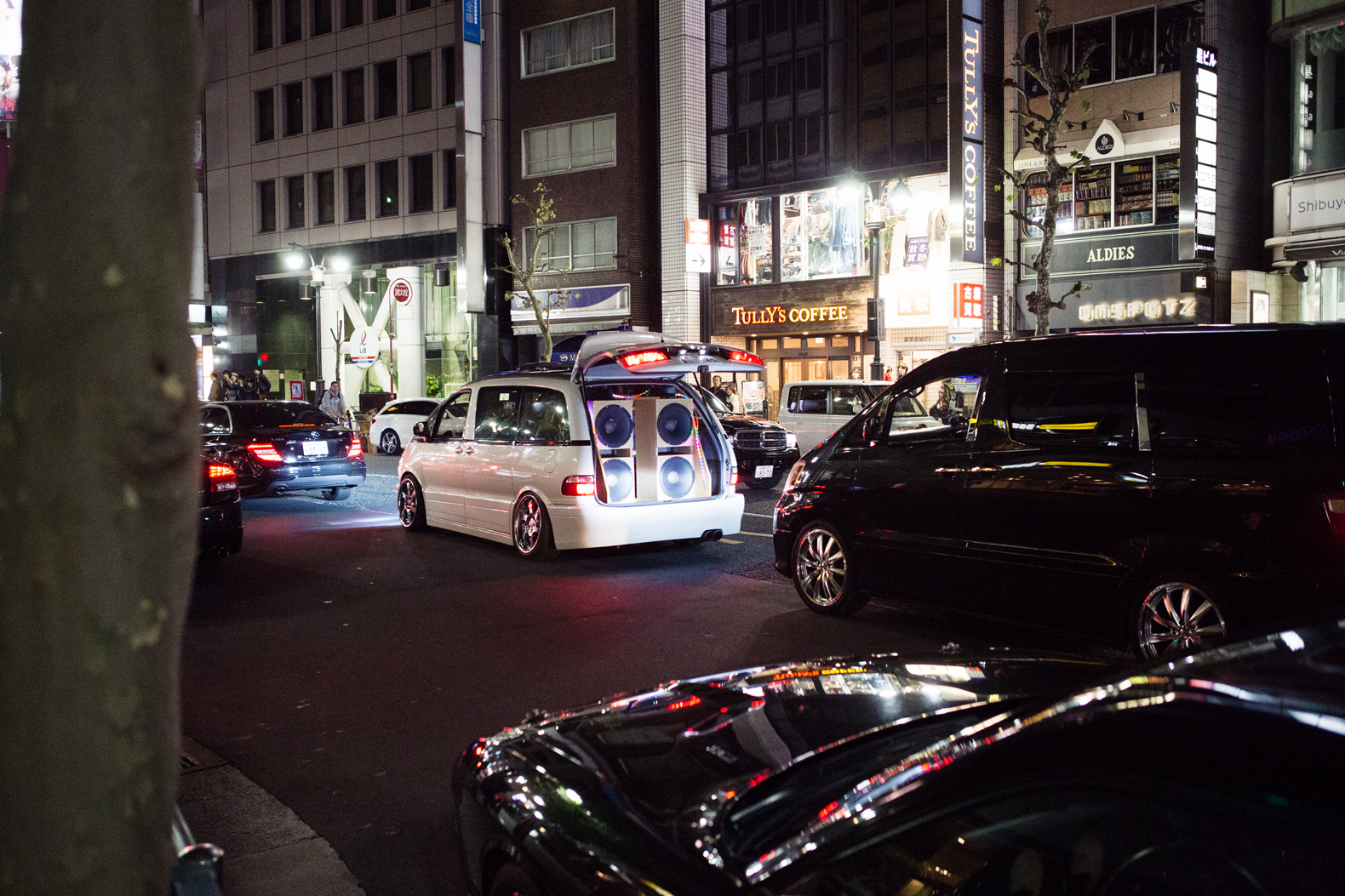 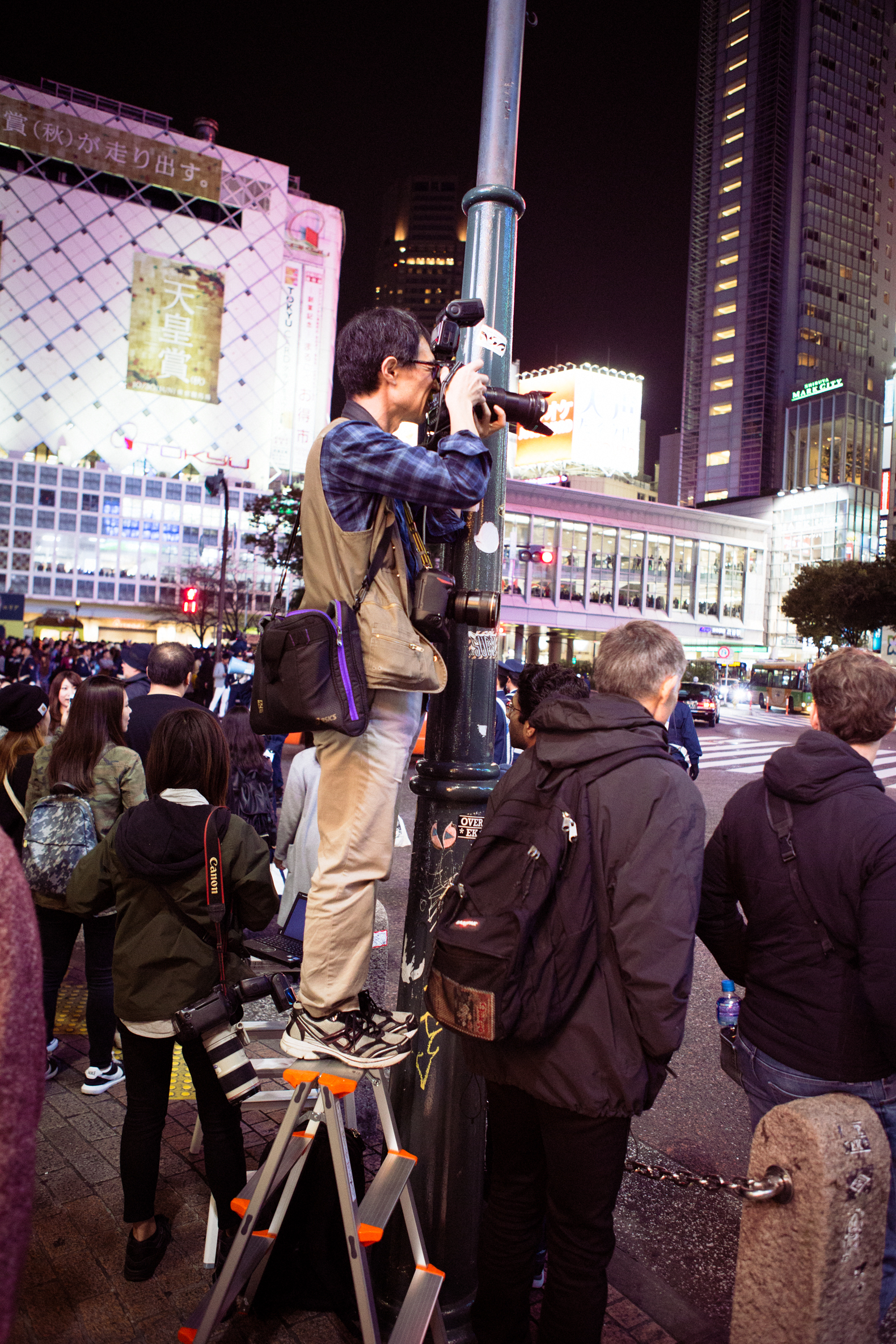 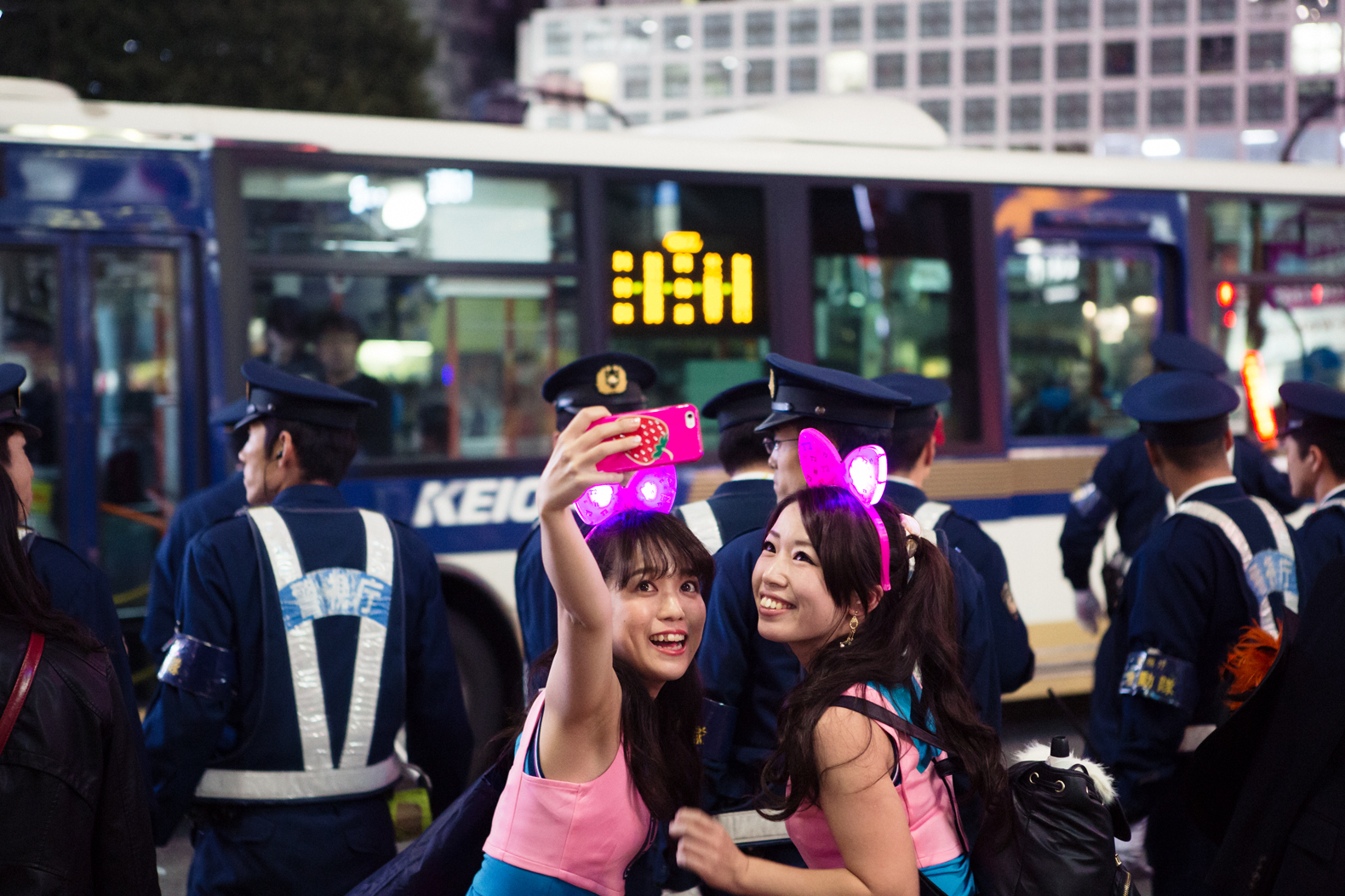 But the most impressive thing was of course the outfits. Wow. From the simple Pikachu or Stitch onesie, to gigantic self-made monsters, gore fests and suits with a built-in air pump. I do wonder how those people pee, since the guys in our group had to pee every half hour, because of all the beer. 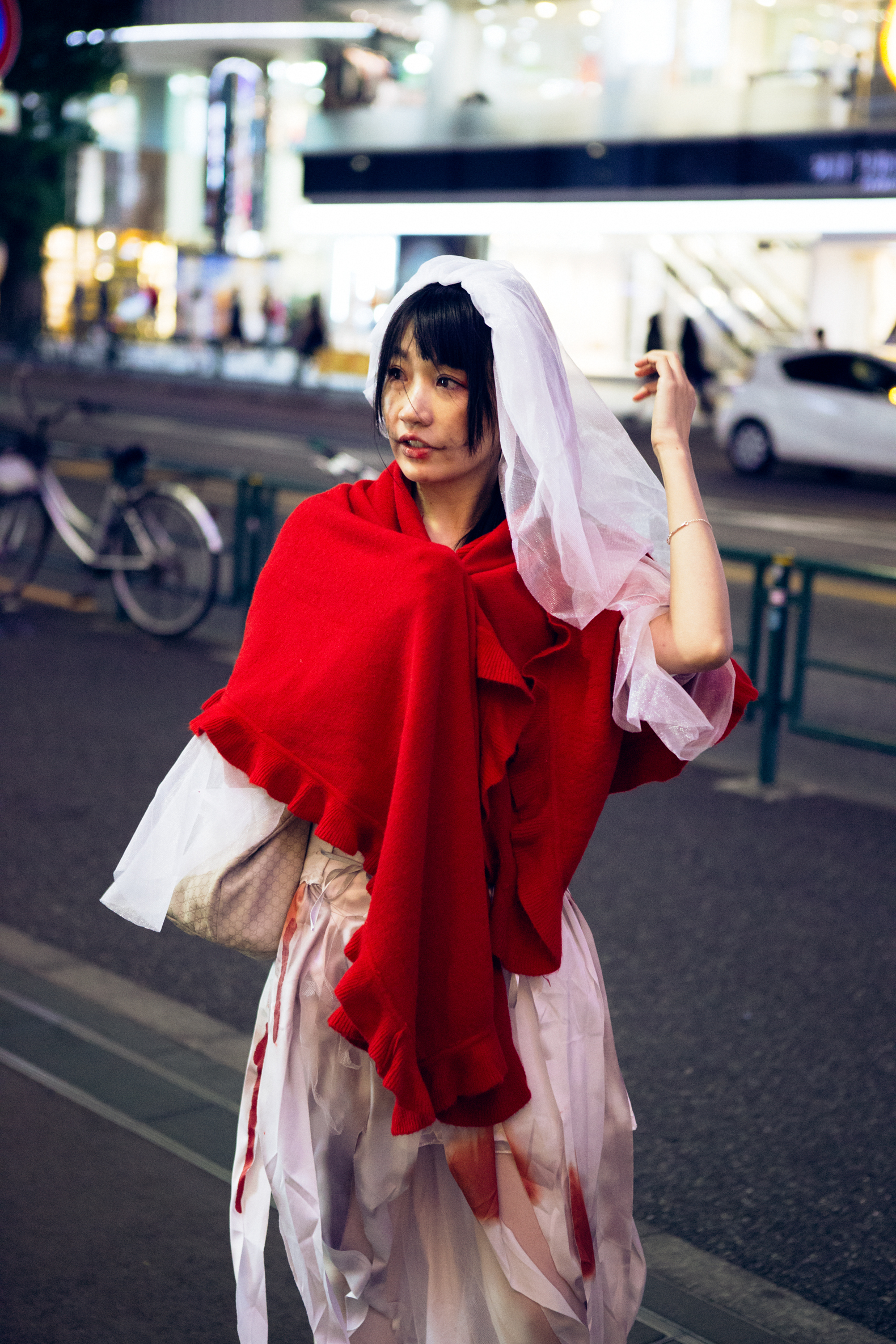 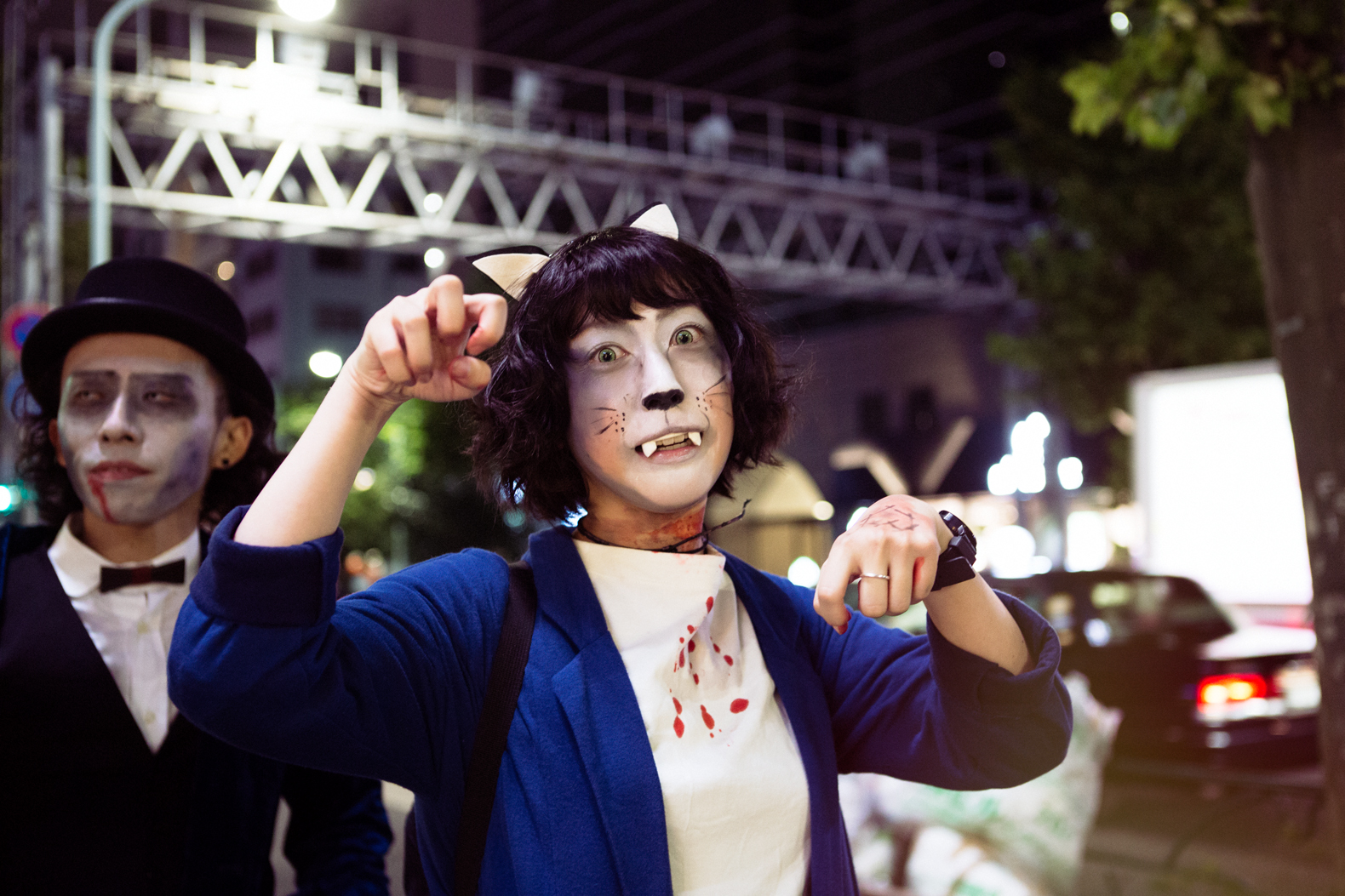 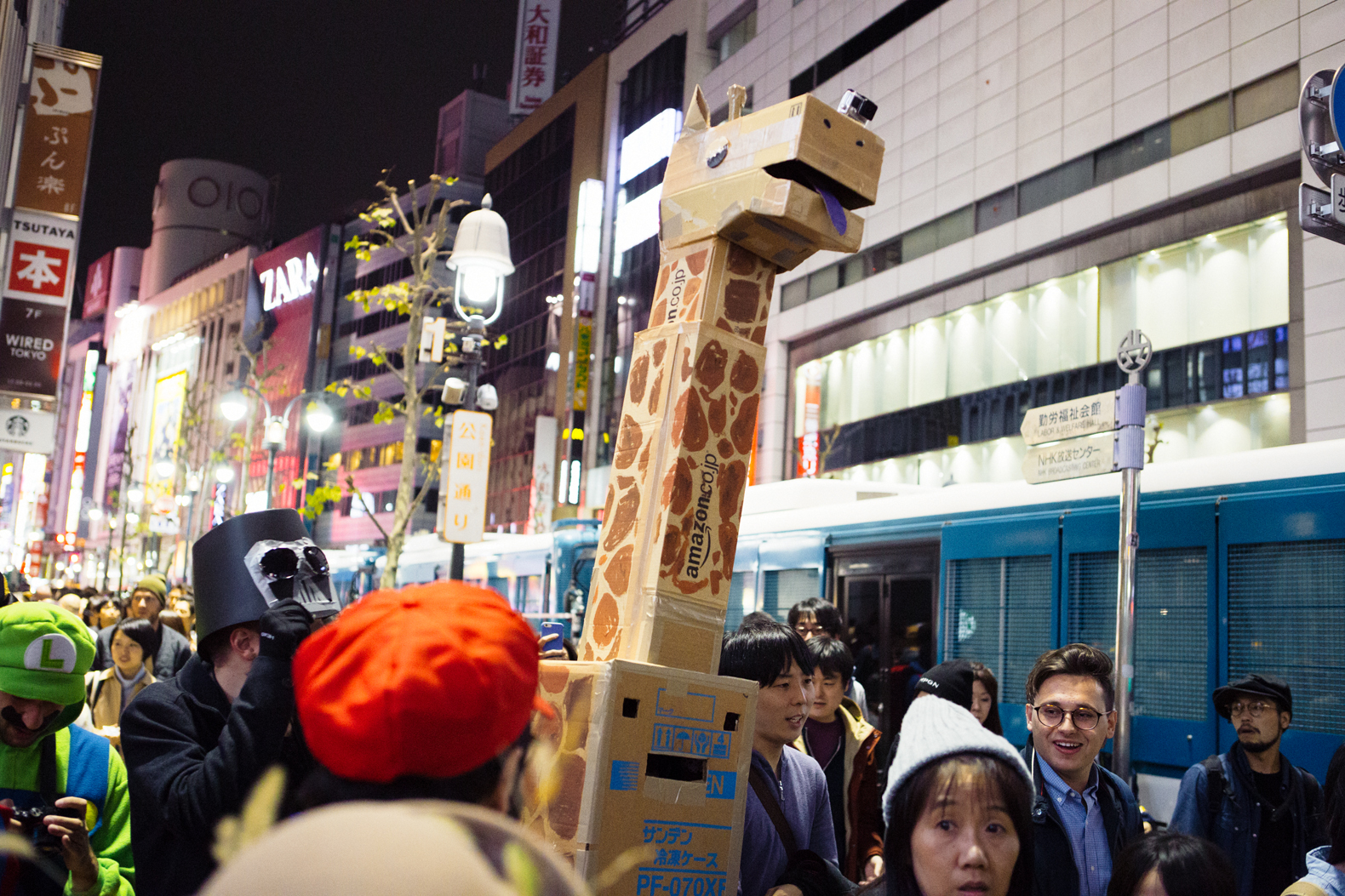 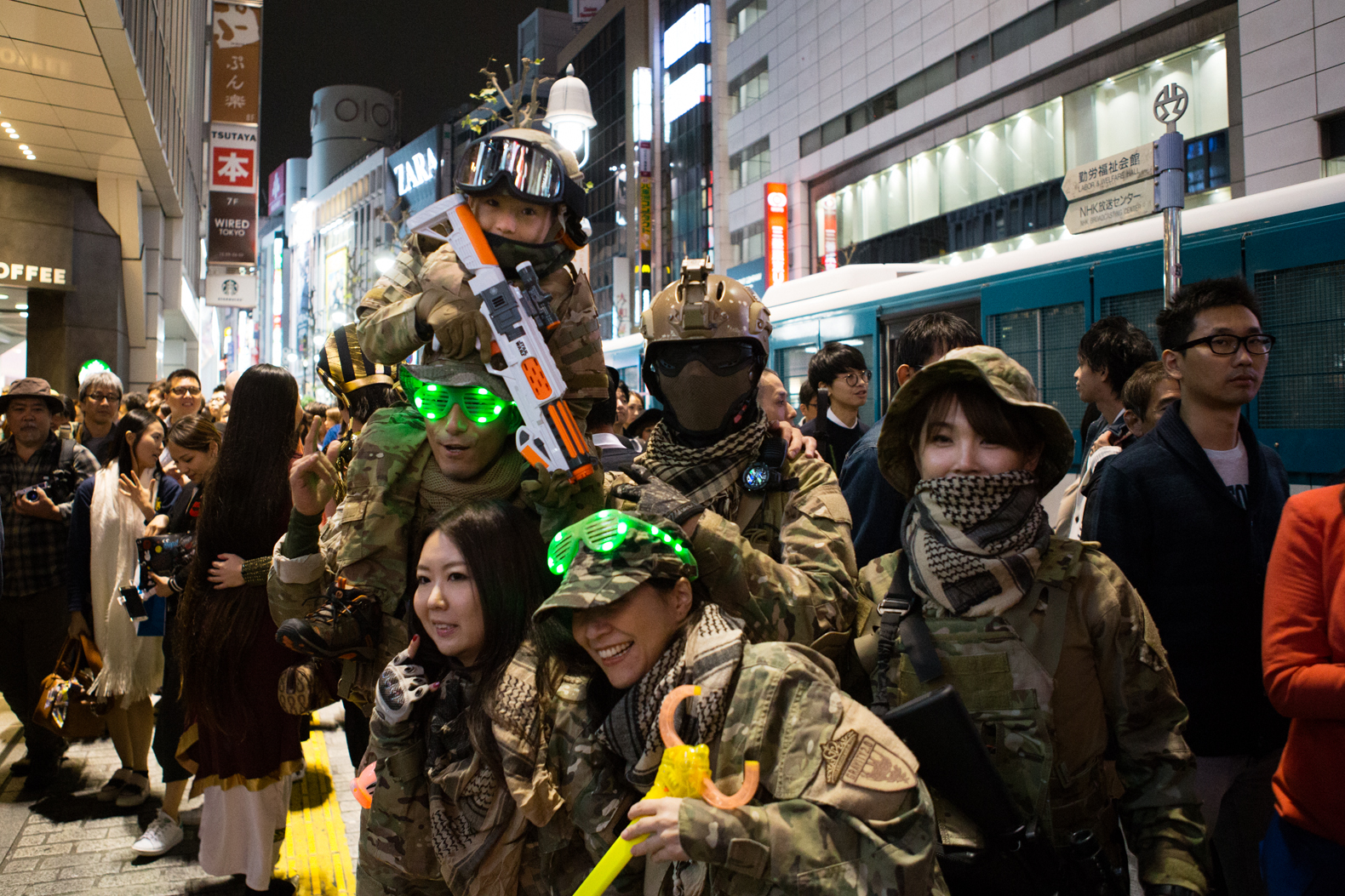 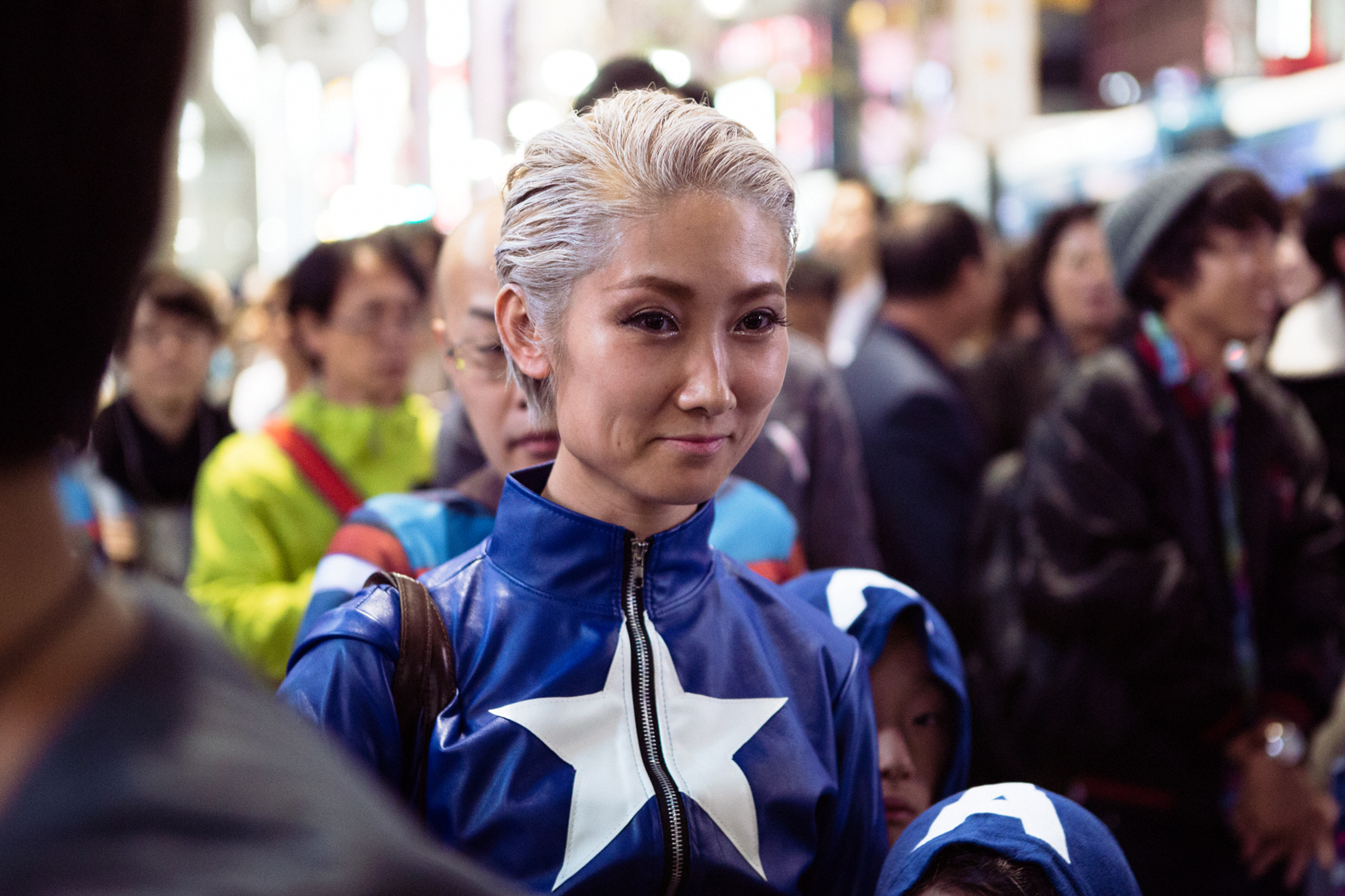 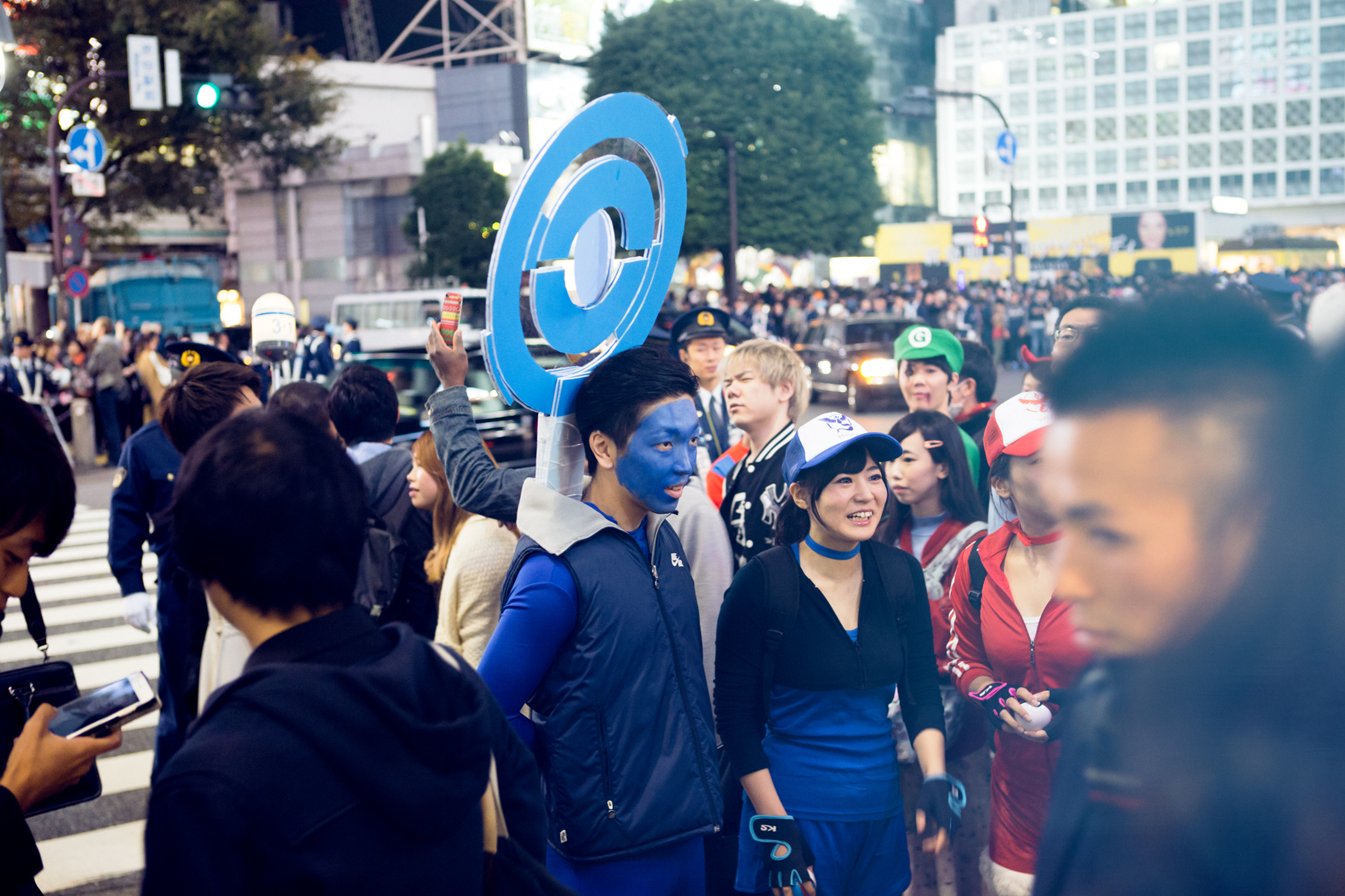 A Pokéstop! And don’t forget those trainers, with their spot-on outfits… 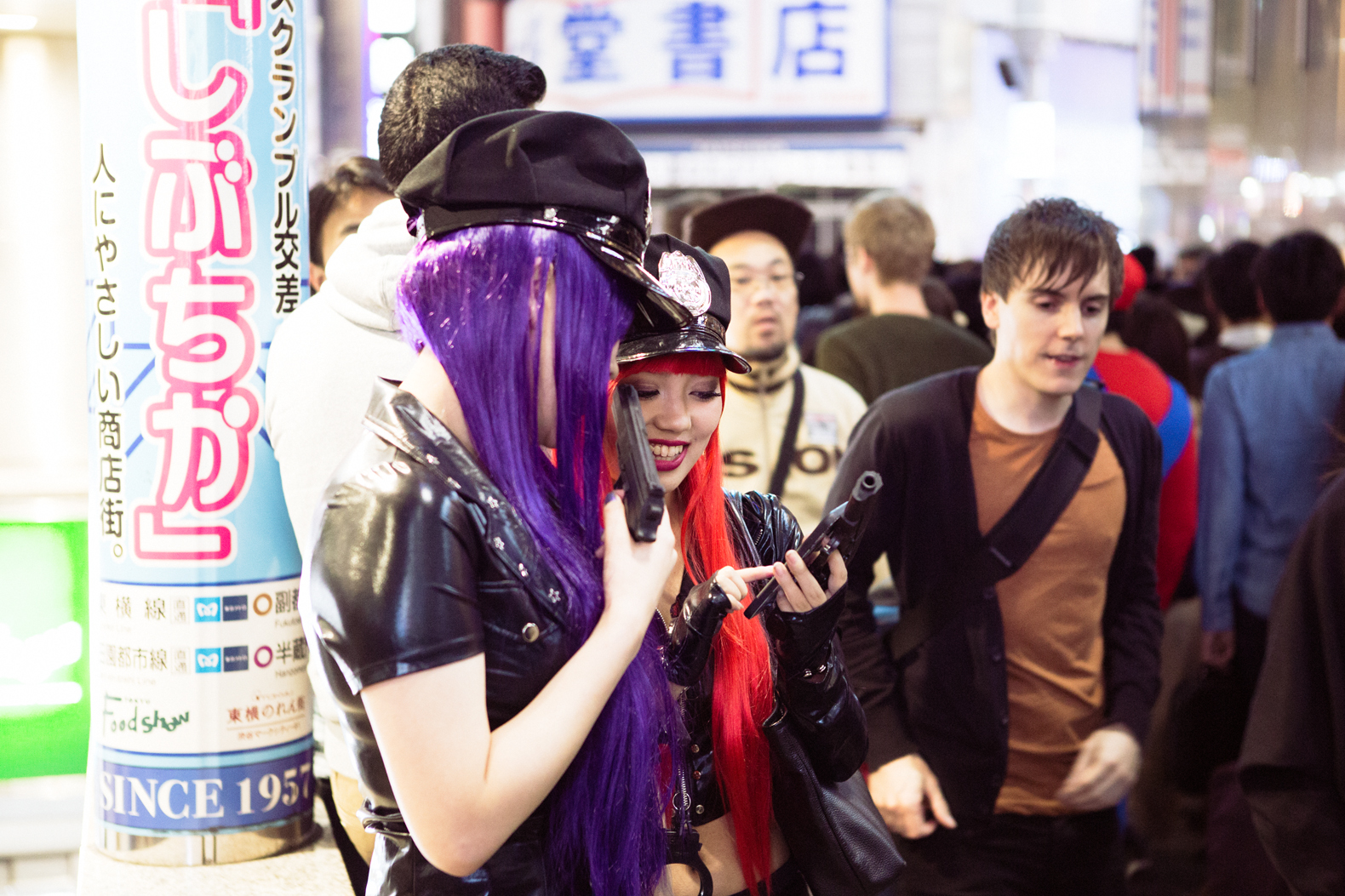 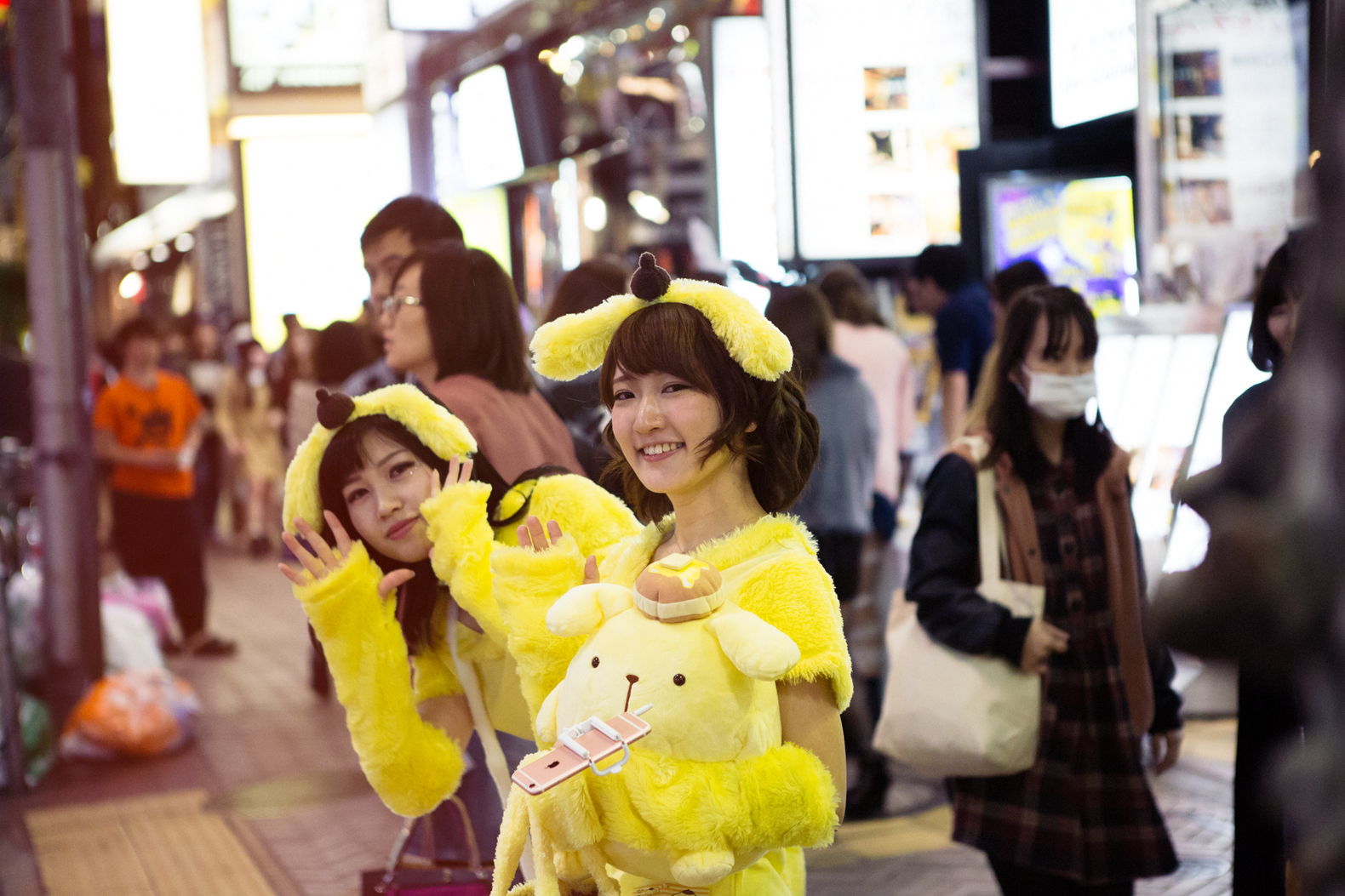 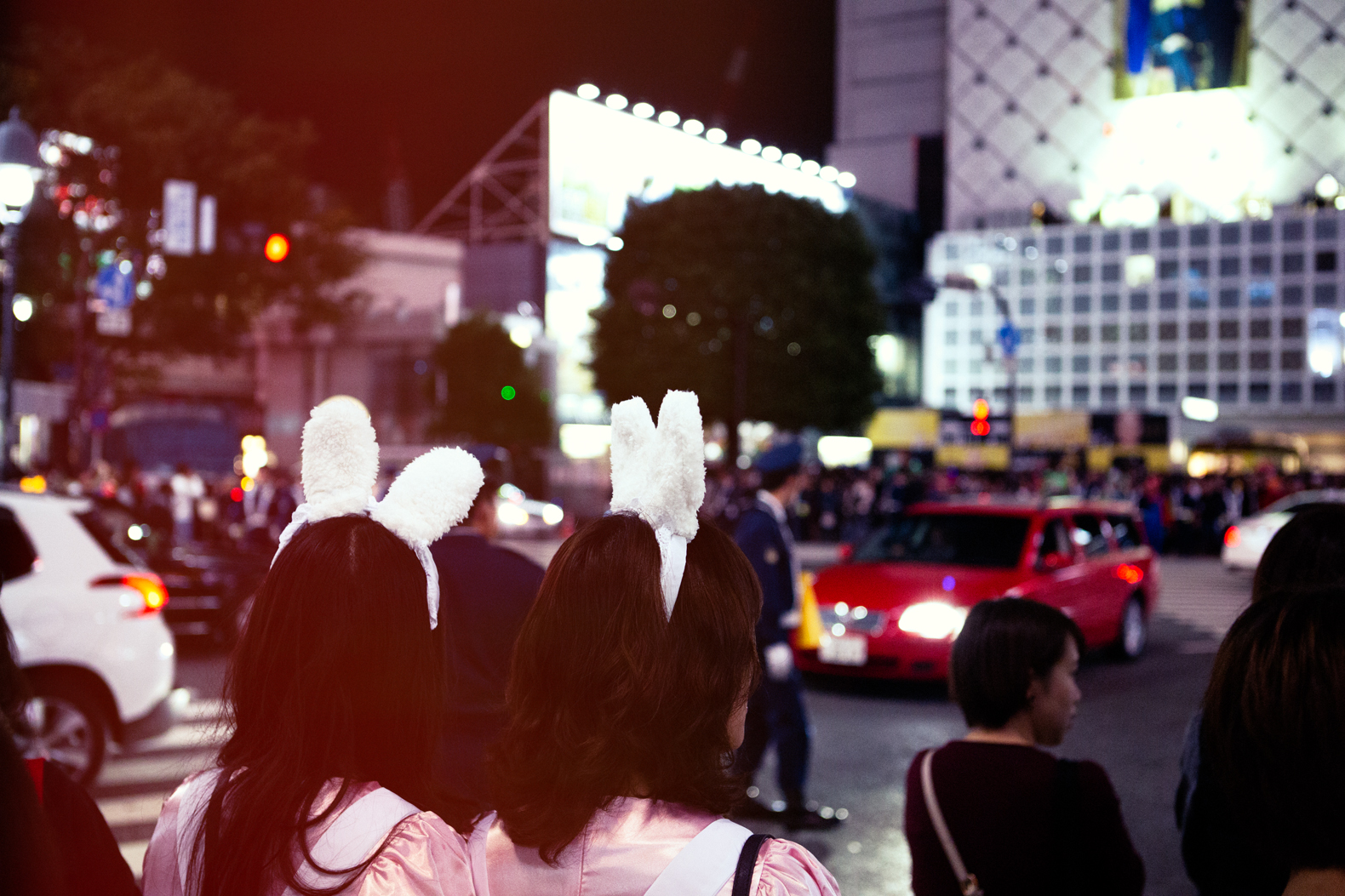 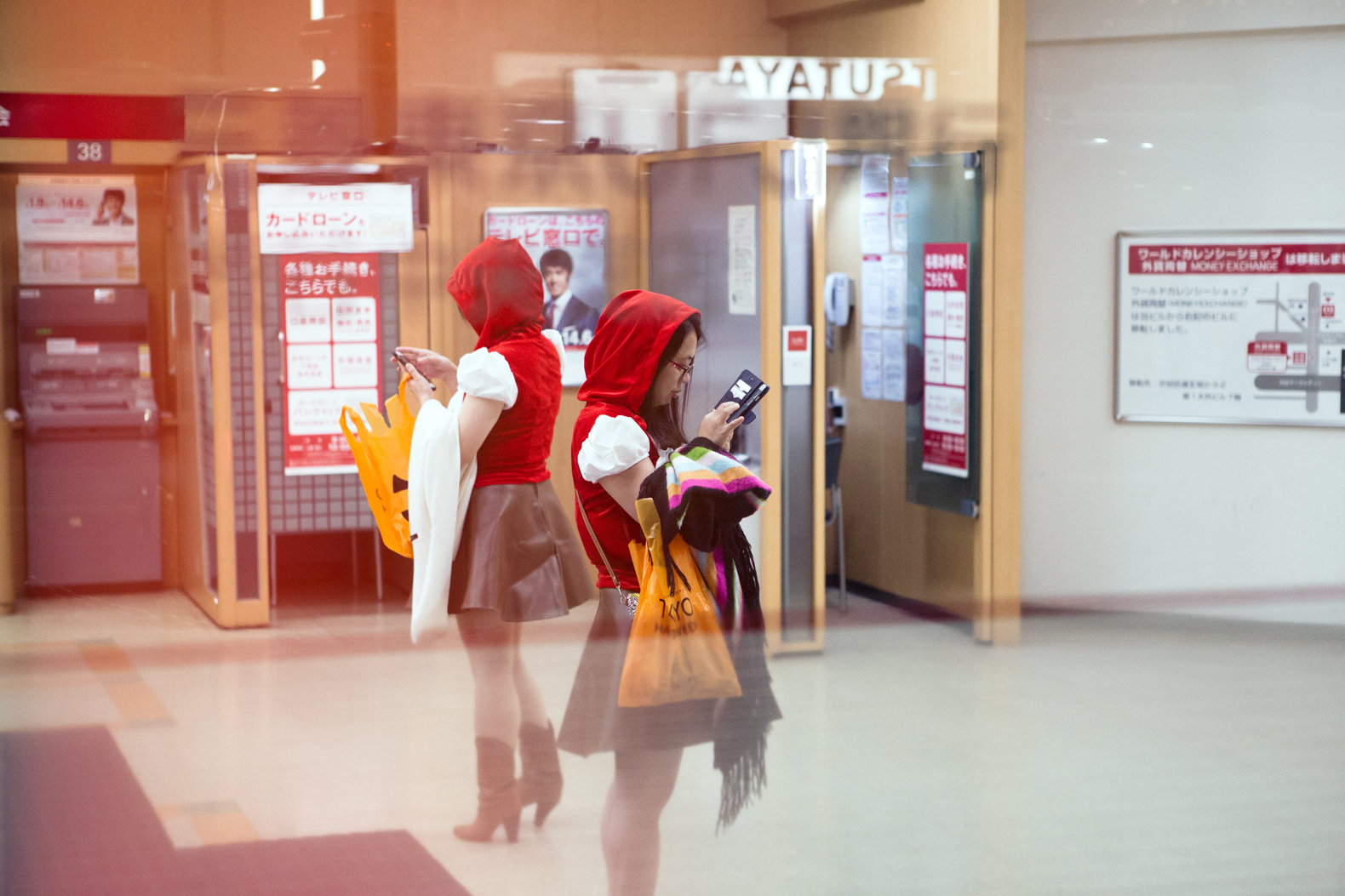 Red Riding Hood is looking for some cold hard cash…

I didn’t stay for too long. After a short walk around Shibuya, where I found it difficult to take good photographs (either people were too close, or other people were walking in my shot), I calmly walked back.

Close to home I spotted three tired party peeps: a Joker, a pink monkey and an inflatable dino. Nobody thought it was weird. That’s Tokyo. 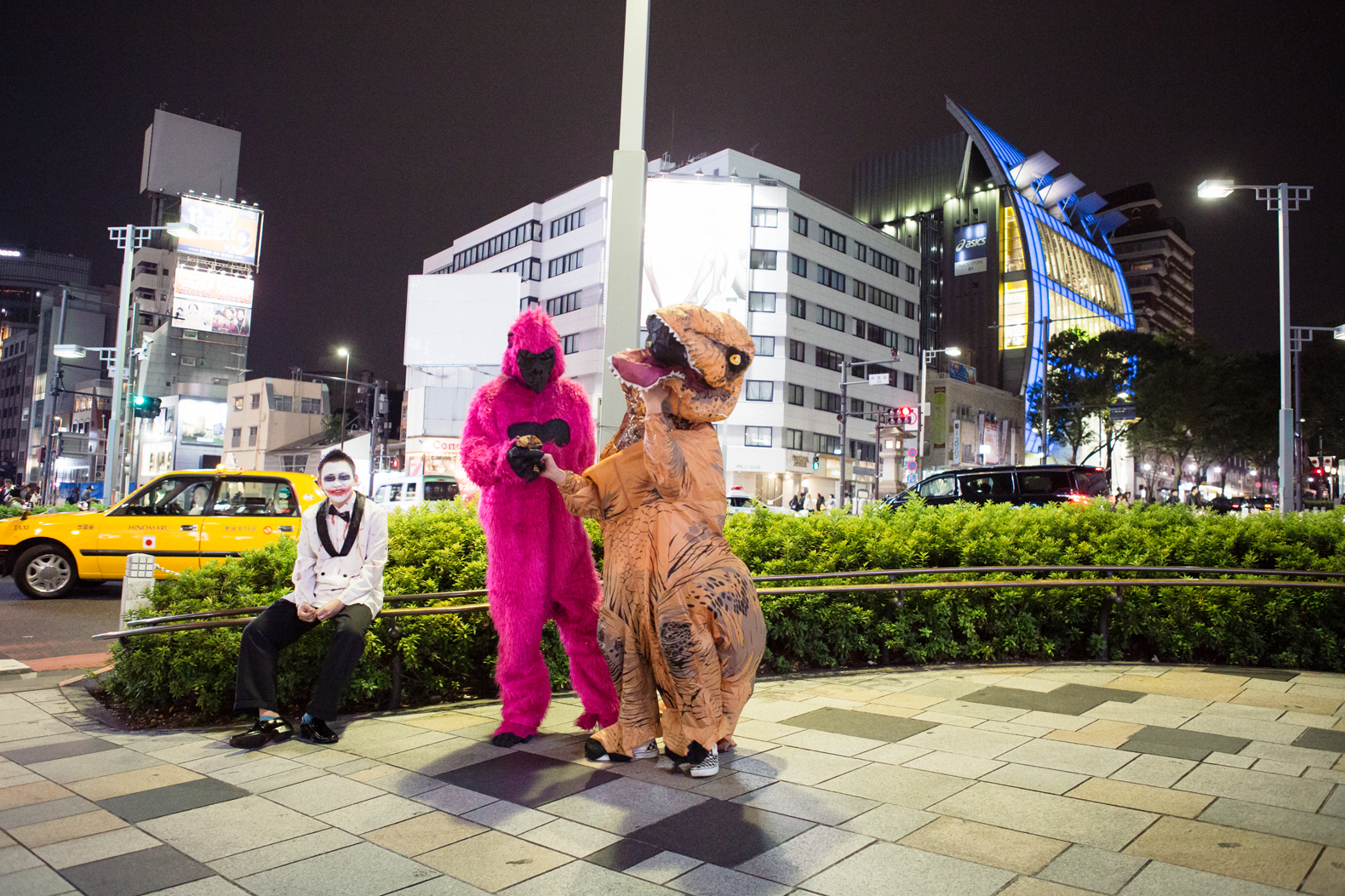 All photos are shot by me with the Canon EOS 6D, except for the header. That one is by my housemate Marc Blanchard. Also known as: Luigi.