I can’t feel my face when I’m with you, but I love itttt – Or in other news, I visited the Korean beauty clinic Hershe! Being in the country of extreme make-overs I wanted to experience one of these clinics first hand and since friends recommended Hershe I plucked up some courage and emailed them for an appointment…

So, just to be clear: I did not have any surgery, but went in to experience Hershe‘s dermatology department. Korea is way ahead of Europe in terms of skin care and my skin has never been flawless.

Nothing wrong with freckles

They emailed me back quickly and I felt excited to try their advised treatments although I quickly ran into differences in beauty standards: (“We’ll laser all your freckles for you!” – “Wait, what? No need for that really!”) 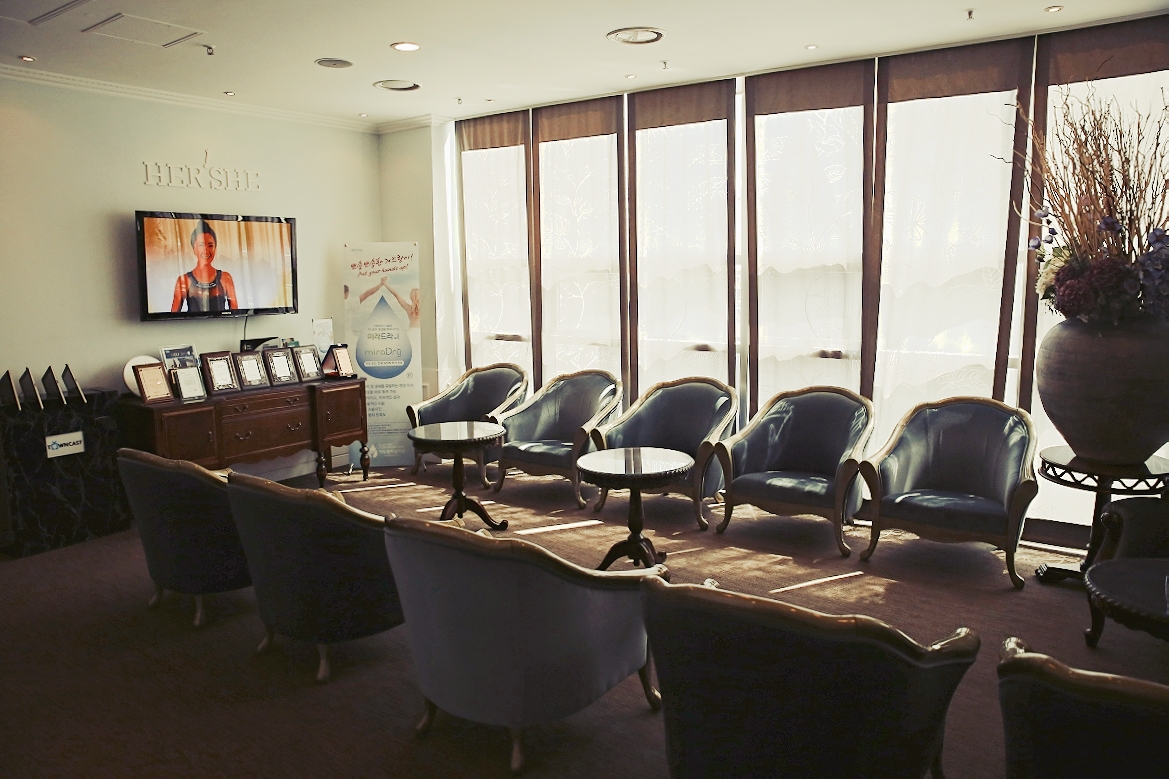 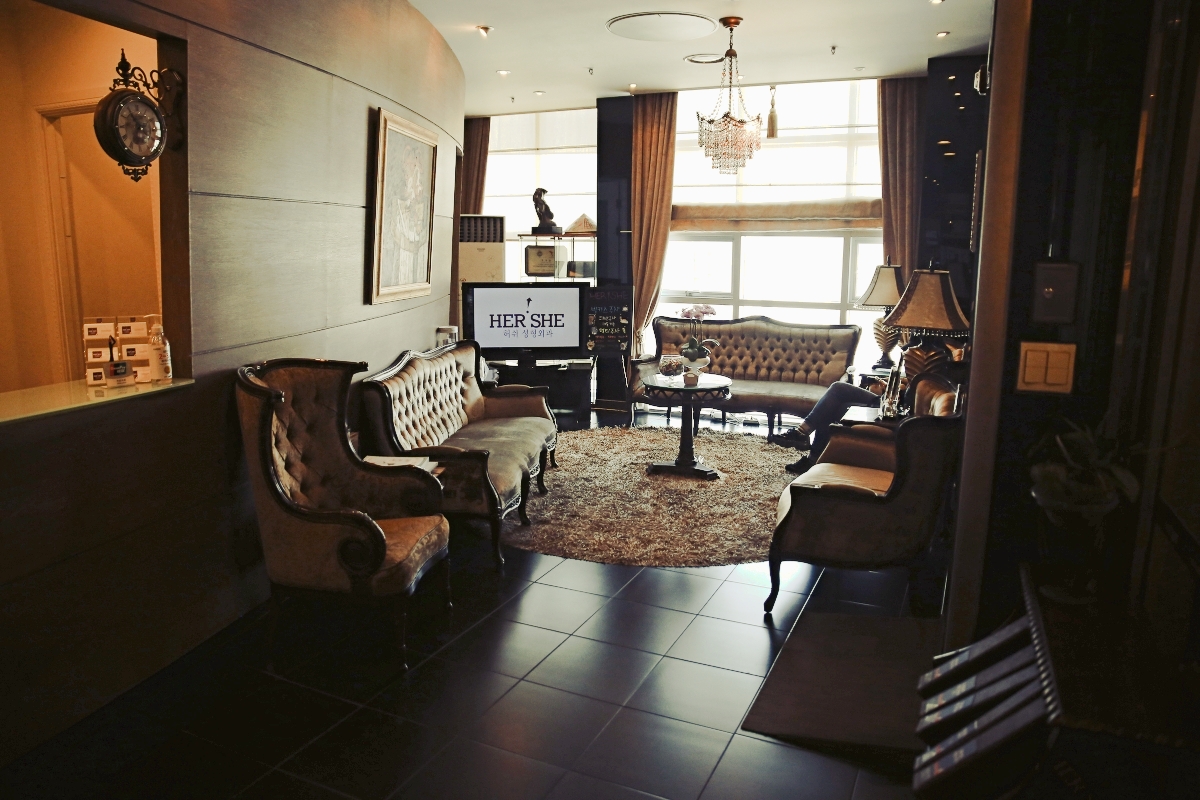 I got invited in by Junho, the marketing manager and a fluent English speaker that put me at ease right away. The atmosphere in the clinic was more relaxed and less hospital-like then I expected, which made me a little less nervous. After discussing my blog-idea with Junho we made an appointment for my laser-treatment on friday (LASERS! PEW!) and I left the clinic to explore Gangnam a bit more (more about Seoul & Okinawa soon! I promise!). 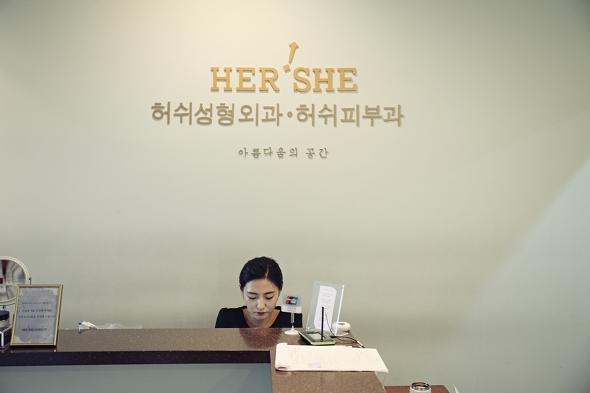 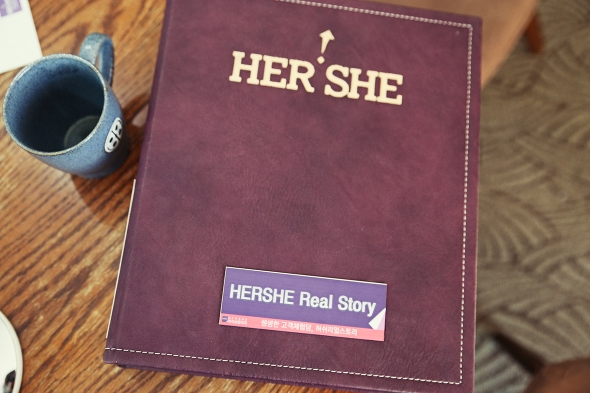 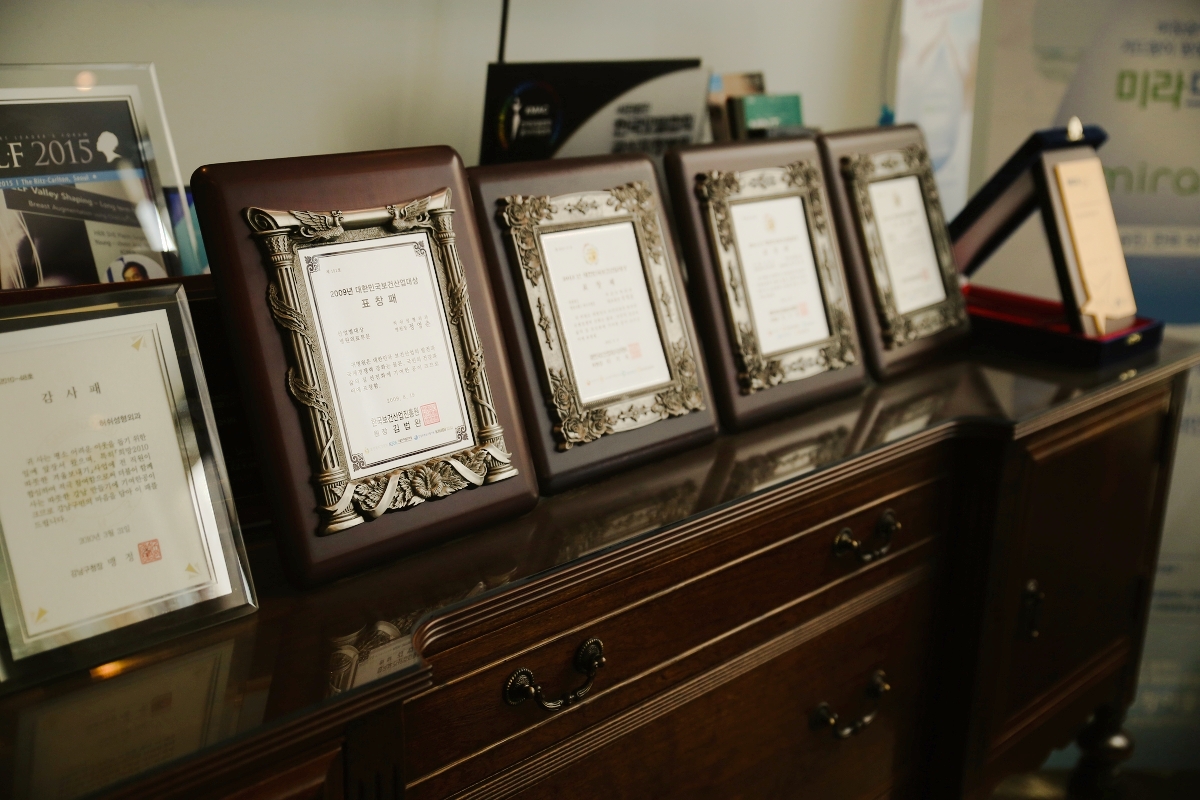 All kinds of prizes Hersche won 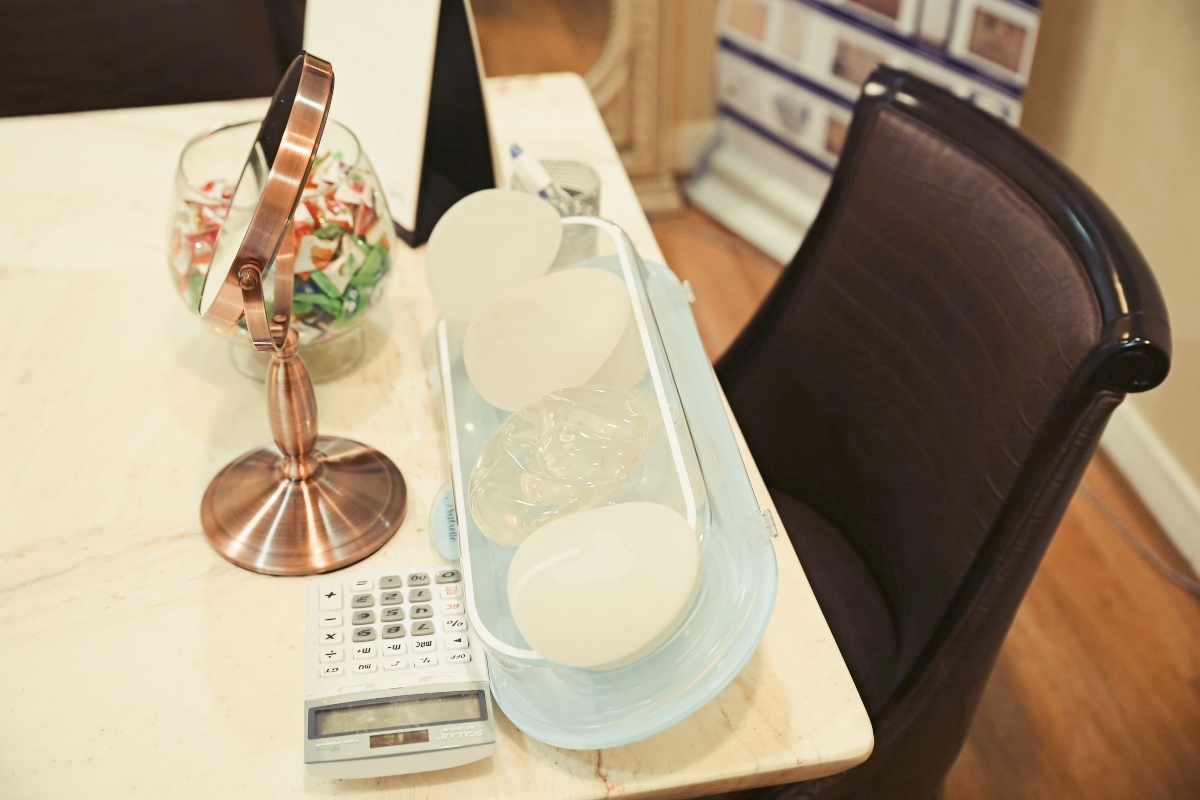 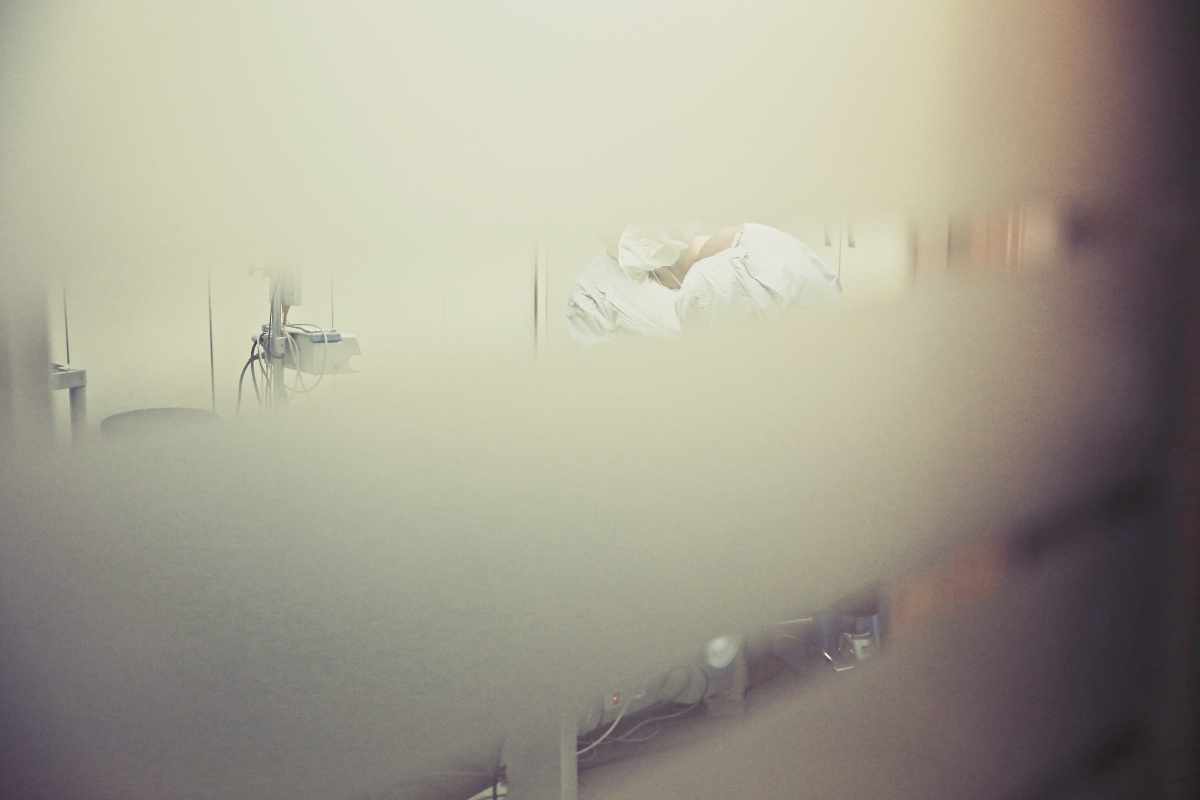 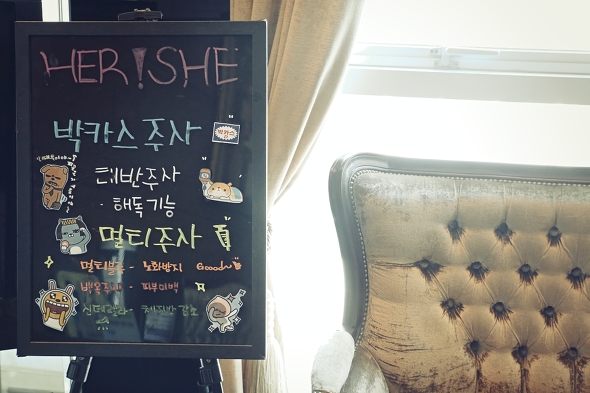 Cute! Plastic! Surgery! I don’t know what it says, but it looks cute…

On friday I was pretty scared and stoked! (Scared because of lasers. Again: Lasers.) Junto showed me the clinic and I was told I could take pictures of whatever I wanted. After taking pictures for half an hour or so I was called to start the procedure. 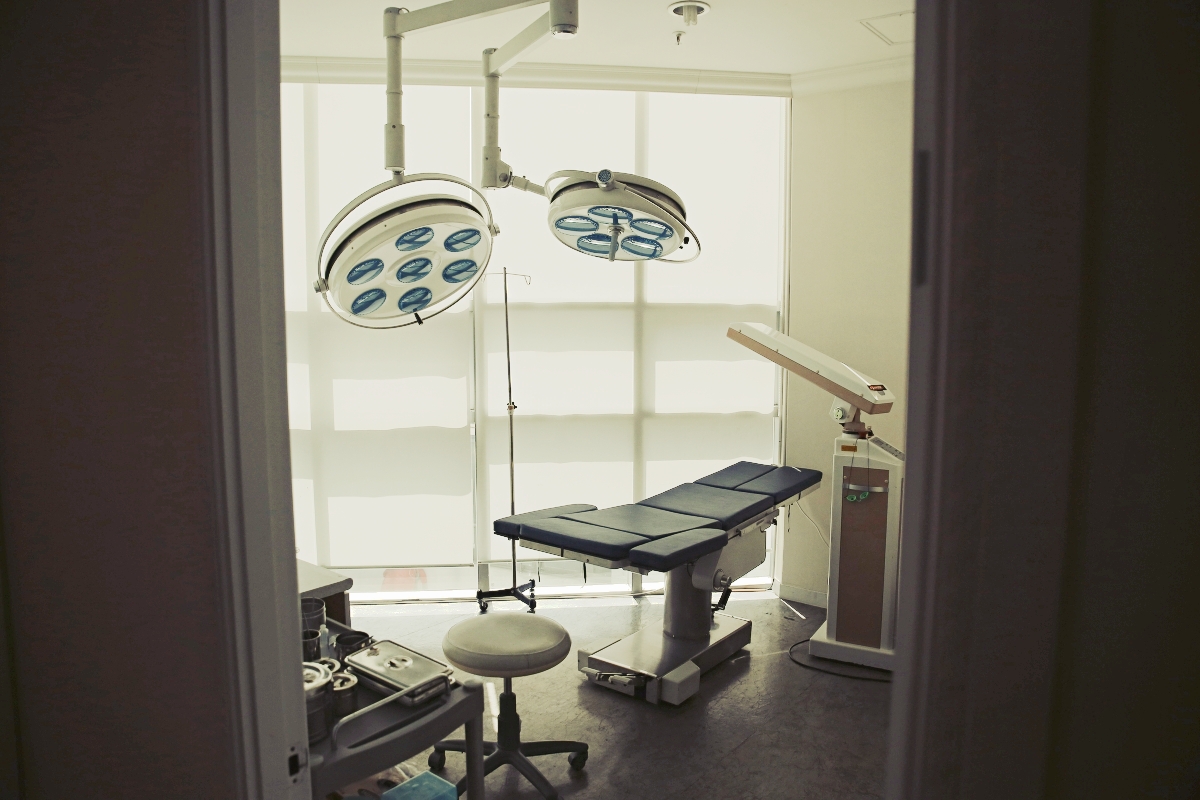 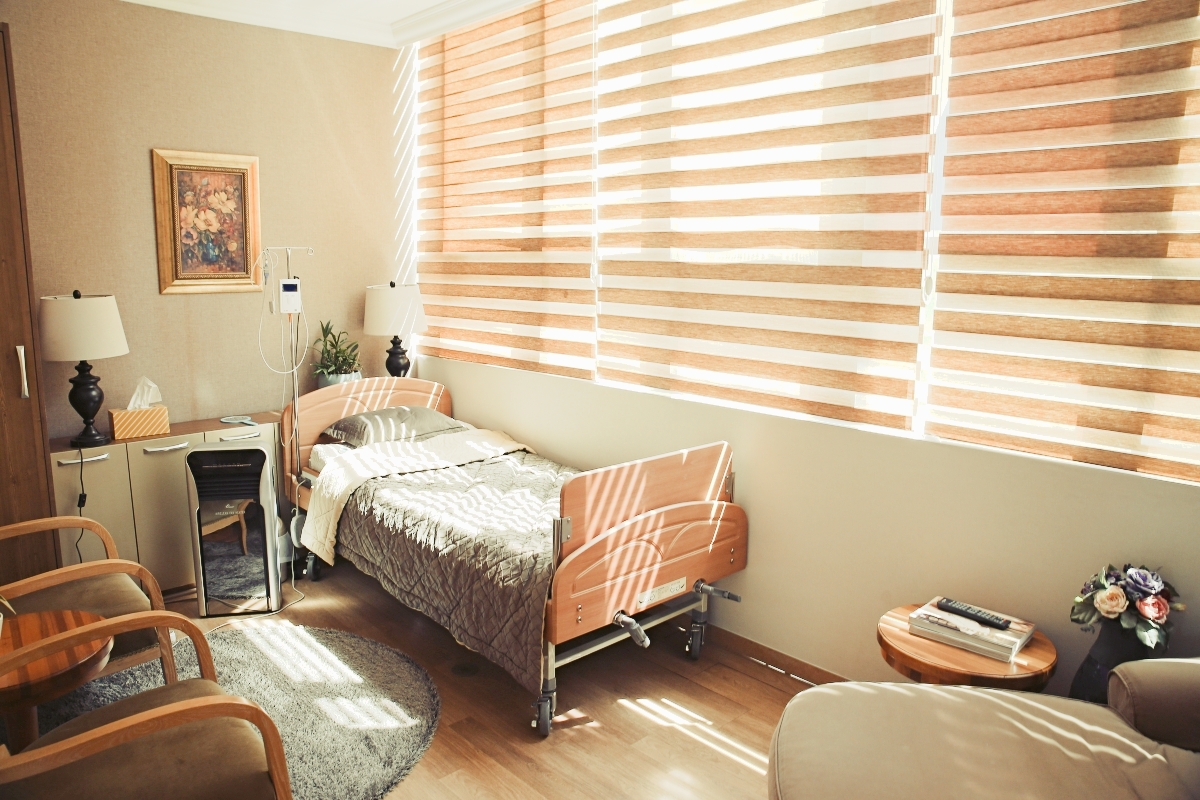 For those undergoing surgery, this is one of the aftercare rooms

I had come to Hershe because I have had zits since I was 15 and while I am now 27 – the zits are still there. I also recently developed some redness, and some scars in my face… All in all, I wanted a smooth even skin. Hershe offers skin treatments that achieve that, although they did emphasize that I had to come back in a couple of times for the best results (while I was only in Seoul for a few more days). Me (after treatment) in front of HERSHE

The treatment started with an exfoliating dead skin procedure (cleaning of my face), which was followed by vitamin C care (a super intense mask) and cream anaesthesia. (I could not feel my face. See title. Bad pun stolen from Cheryl, hehe.) After a proper numbing period (40 mins!) we got to the laser part! 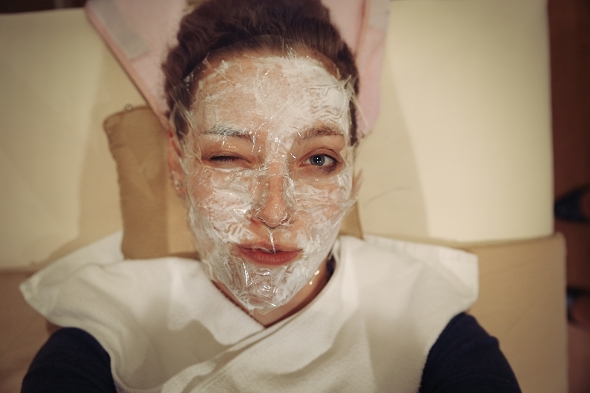 I had the IPL (intense pulse laser) against age spots and small blood vessels showing, and NG YAG (against wrinkles and red area’s) treatment, both also work against zits and rejuvenate the skin by zapping the layer underneath (if I understood correctly).

While I was afraid it would hurt like hell, it actually felt pretty ok. My skin got warm and it stung a little, accompanied by a lot of bright white flashes, but it’s pretty comparable to tattooing – just not so evenly. It’s more a “ZAP – stinging” – move to next spot – “ZAP – little sting” – move – kinda feels. (Yes, I feel very literate today). 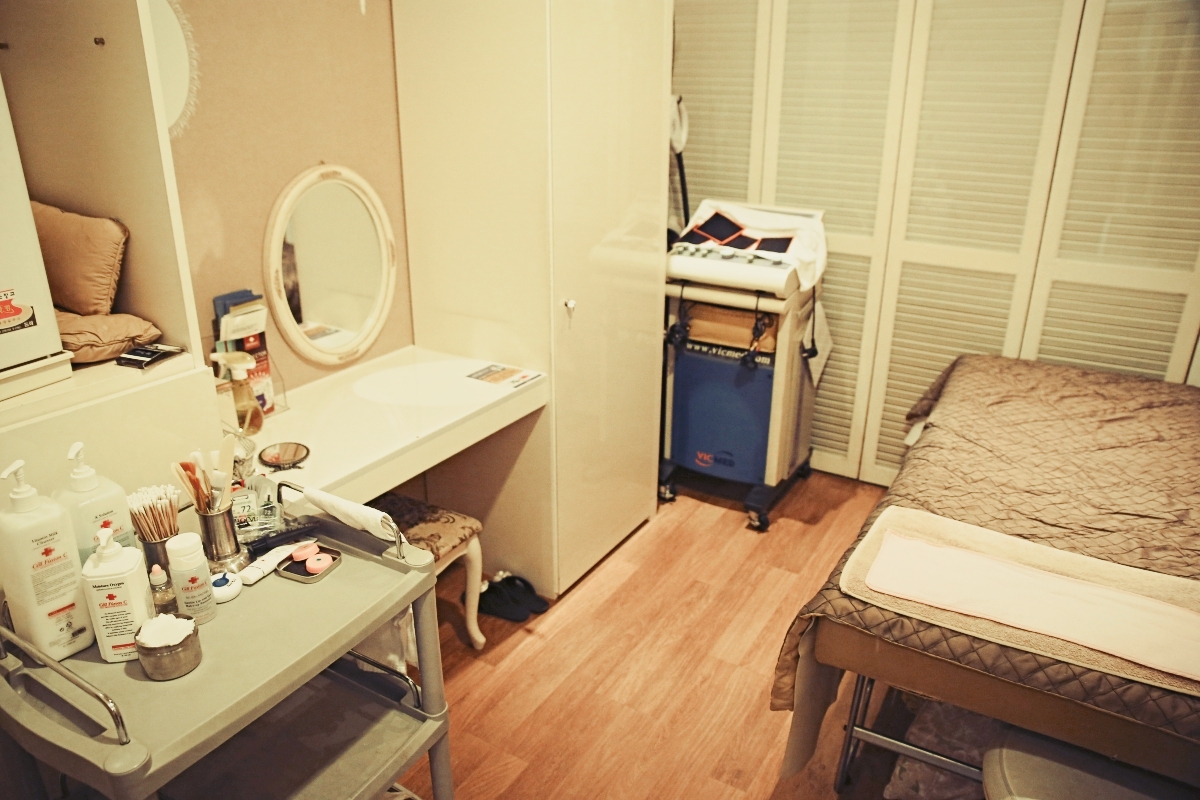 The cooling down room

After the lasers were done (took 10 mins max!) I had duoderm tape stuck to the places where they zapped my moles (right side of my face) and I was taken to the cooling masks & aftercare department.

The cooling down was really appreciated, since my skin felt like it had been in the sun for days too long. After cooling down for a longggg time I got the aftercare explanation by Junho, explaining that I should avoid the sun for the next five days and had to use a lot of sunscreen for at least the next two weeks (but preferably forever, as sun is really bad for your skin).

And that was it. I walked out Hershe looking a little reddish and taped down, but I was told results wouldn’t show until a few days later. The before and after pictures are below the post! 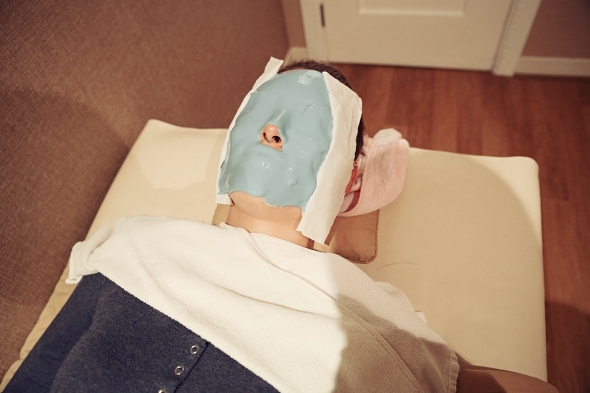 Cooling down! Waiting like this felt worse then the pain, IMO… 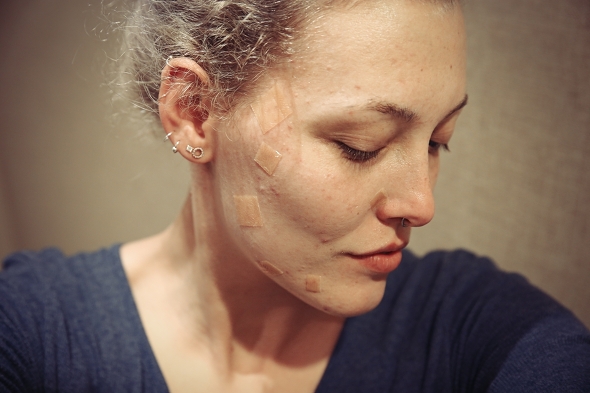 About the procedure: To be honest I found it harder to lie down for such a long time (total procedure took about 2,5 hours) then I found it to endure the pain. And for your reference: I have an pretty OK pain resistance but not wonderful. I am very impatient though.

During the procedure (and the waiting) I was thinking “what kind of crazy person undergoes all this voluntarily?!” but I must admit that now we’re a week later (and my skin is a lot better) I would totally go to Hershe again when I’m in Korea.

And now, what you’ve all been waiting for: results! 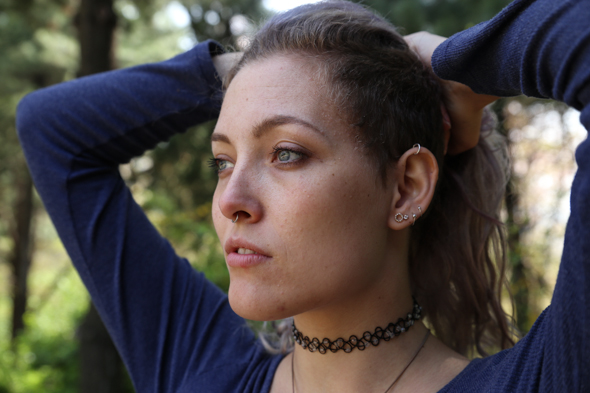 Before – left side of my face 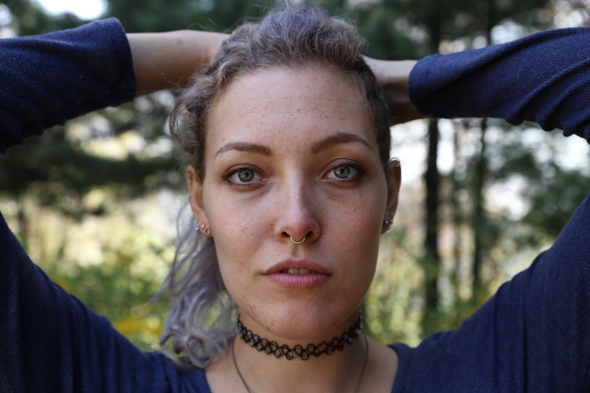 Before – right side of my face 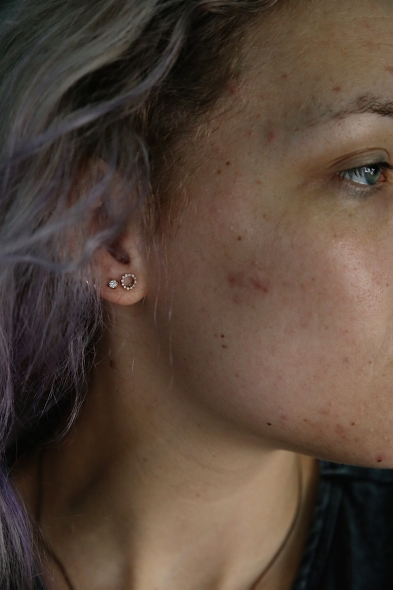 Before – right side with red spots etc 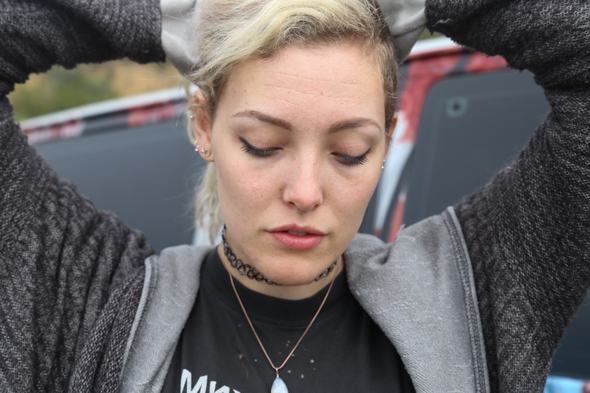 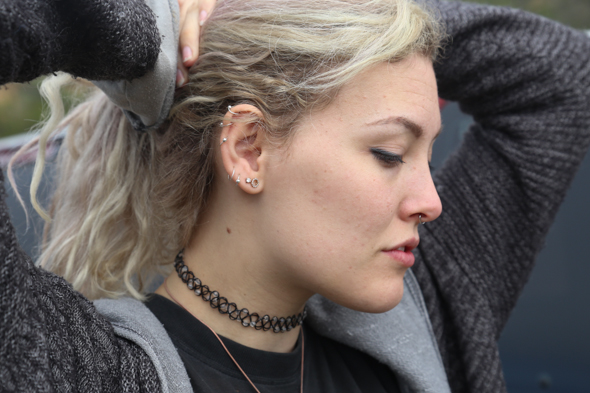 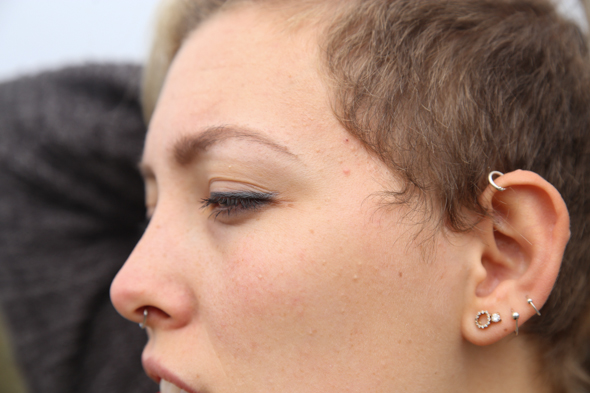 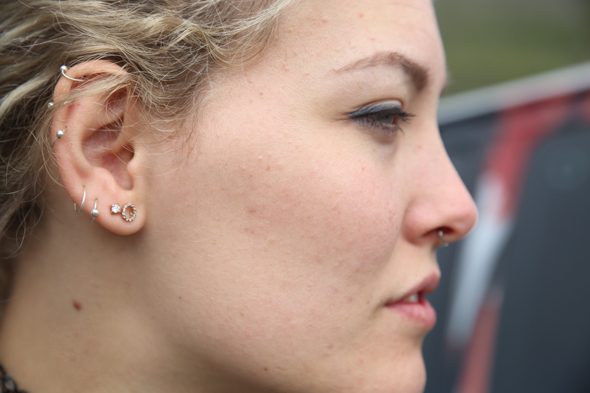 Not bad, huh? As I said, I’ll surely visit Hershe again when I’m in Korea and get another treatment. If you feel like having a treatment of your own, contact them directly for inquiries and prices.