The impermanence of the Nakagin Capsule Tower

I don’t remember exactly when or where, but somewhere in the process of searching for and moving into my great 25m² apartment, somebody told me about the Nakagin Tower. A capsule tower, built in 1972, as an example of the Japanese Metabolism movement. My dream. 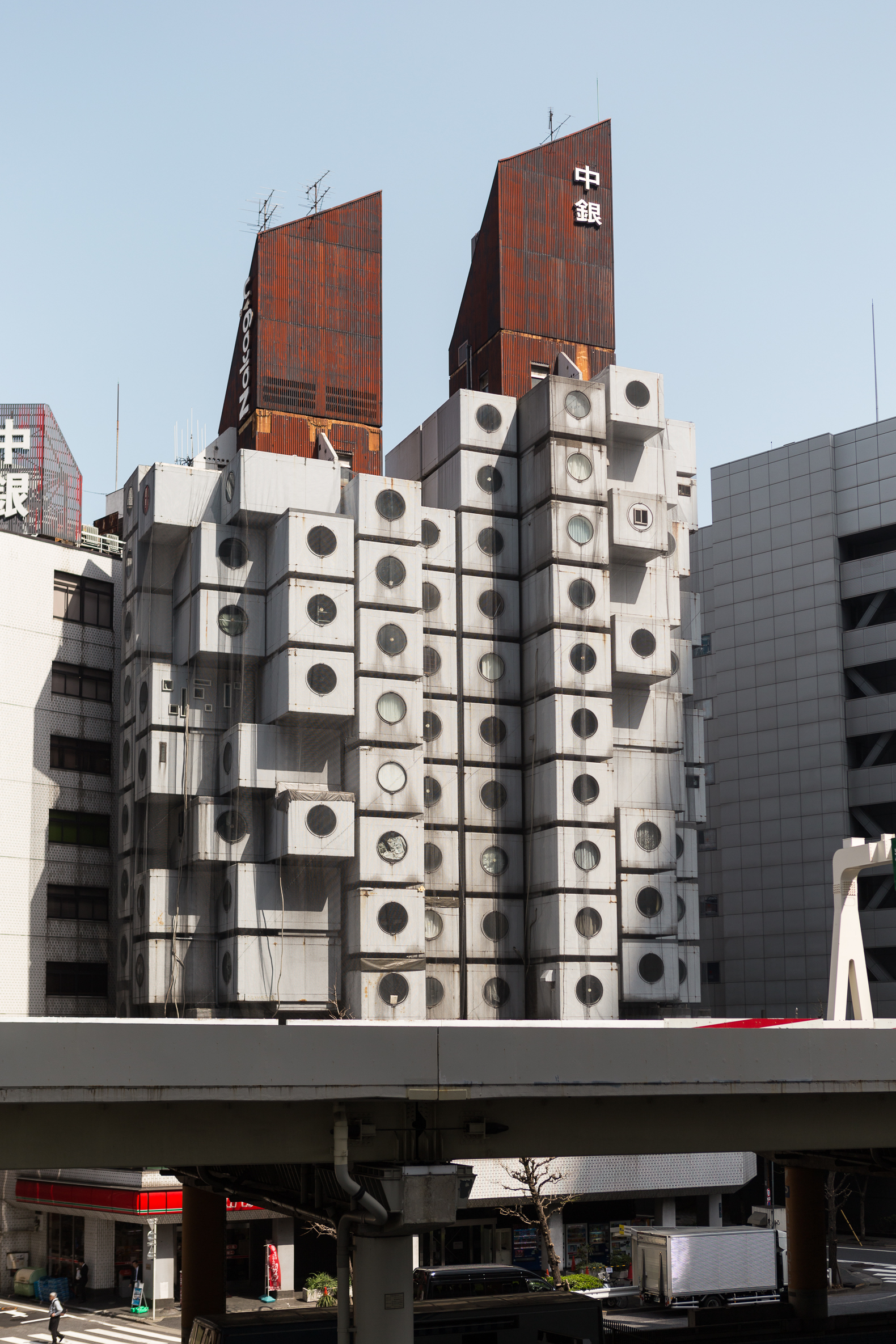 Kisho Kurokawa’s tower was, at the time, the epitomy of modern Japanese architecture. The capsules were meant for businessmen who needed a pied-à-terre in Tokyo, so they existed of only a bed, a small bathroom and a fold-out desk. No kitchen, no washing machine.

The vision that existed in post-WW2 Japan, metabolism, was an architectural movement that thought very thoroughly about mankind and man’s way of life. The re-building and the economic boom in the post-war years, combined with the shinto philosophy of impermanence (as seen in the re-building of the Ise Shrine every 20 years), lead to a vision on architecture that was based on growth, change and renewal. Just as the metabolism in the cells of your body.

Kurokawa’s tower was modular: capsules could be replaced, upgraded and moved. The tower could be expanded when needed. Organically, over time.

Unfortunately, the tower fell into disrepair, and people think about tearing it down. That’s why I quickly booked a tour (via Showcase Tokyo, can’t recommend them enough!), because you know, enjoy it while it lasts!

Armed with my camera, and accompanied by four other guests, we were allowed inside. Taking pictures was limited to the capsule – the tower is still inhabited, and not all inhabitants enjoy the tourists. So taking pictures of the lobby, the hallways and (stuff of) other people was not allowed.

Oh well, who cares! I was there with my own eyes! And for the rest of the pictures, I bought a book for 2000 yen. Of course I had to take some pics, so please enjoy this miniature impression of the tower, from the outside, and inside the one capsule we were allowed in. 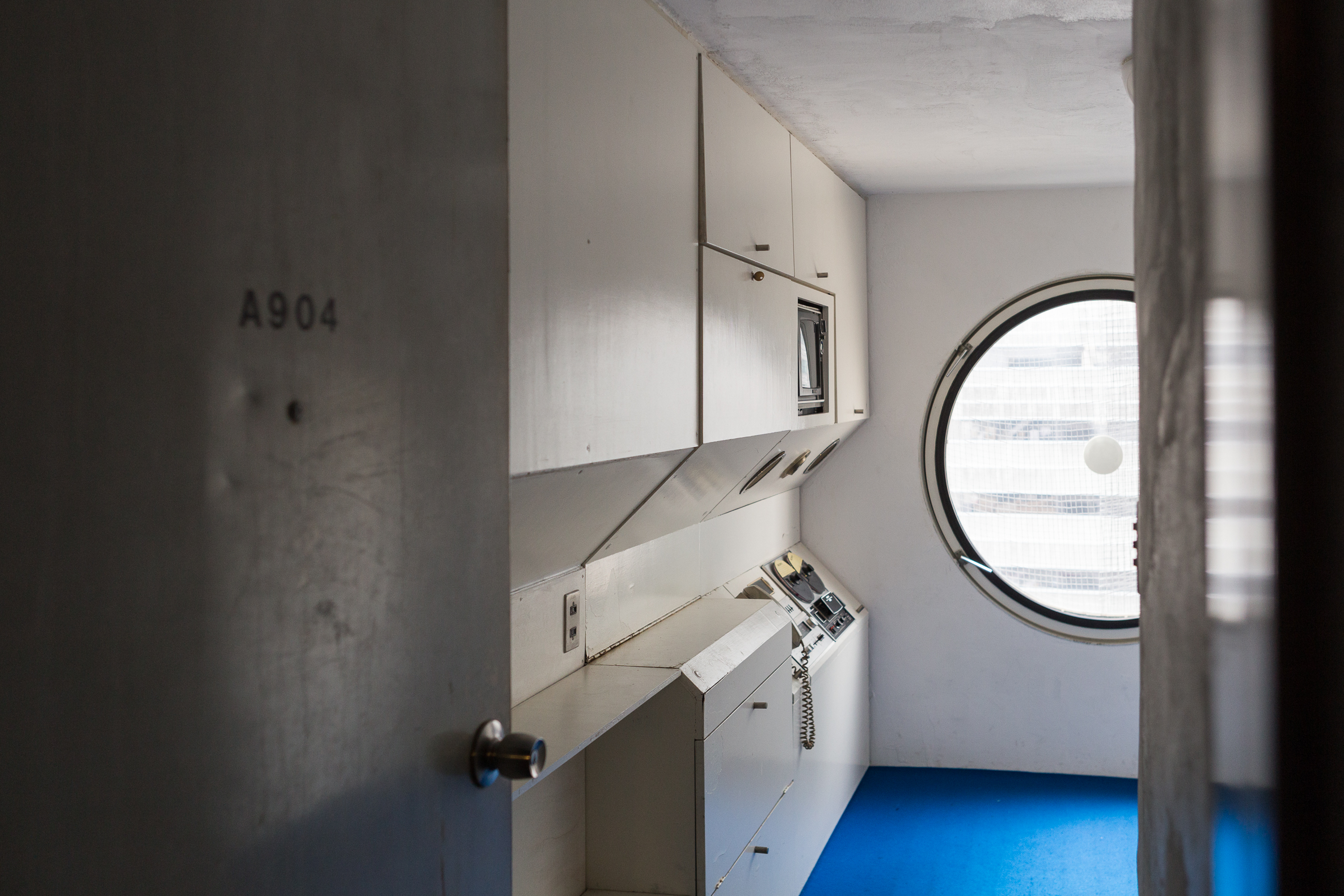 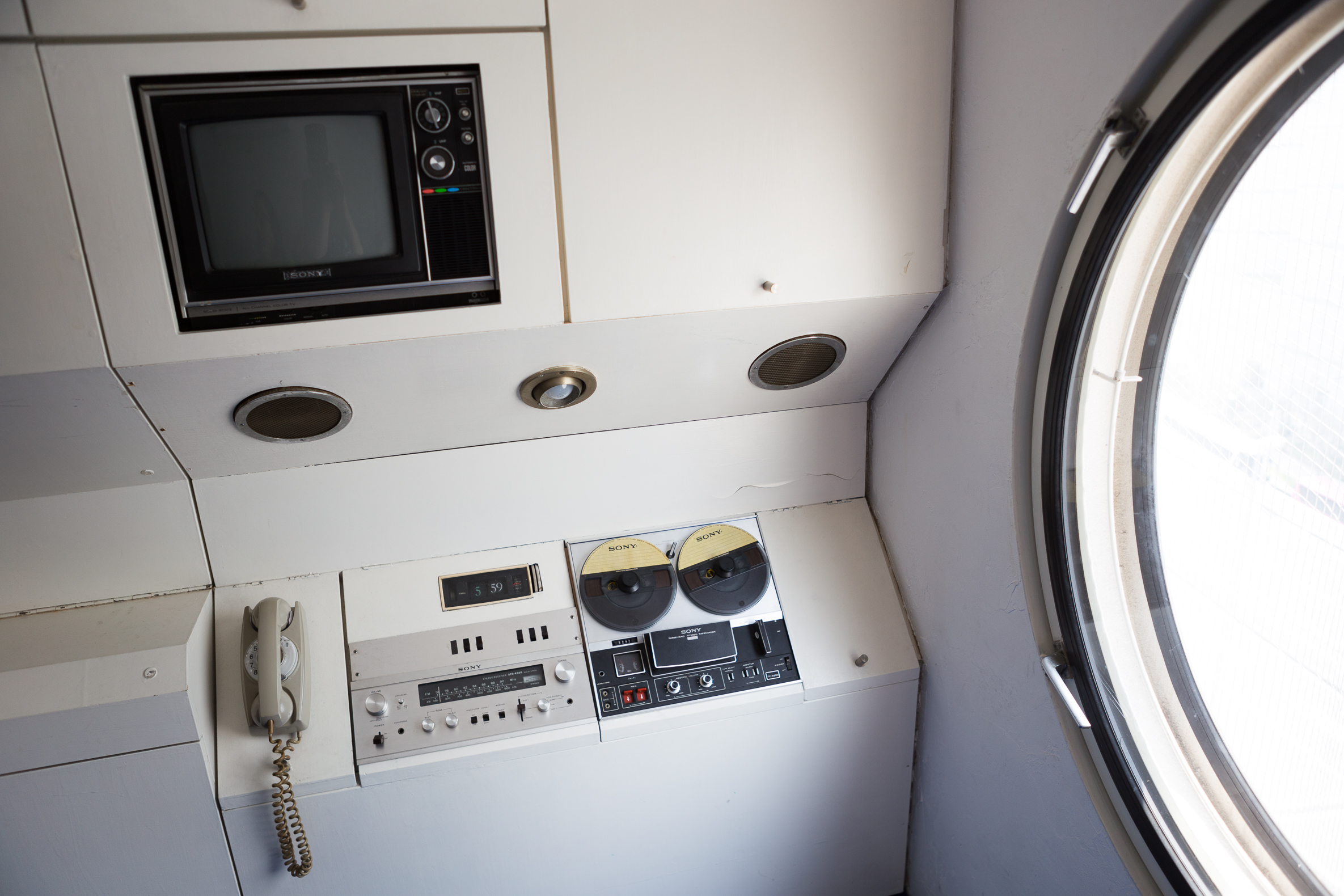 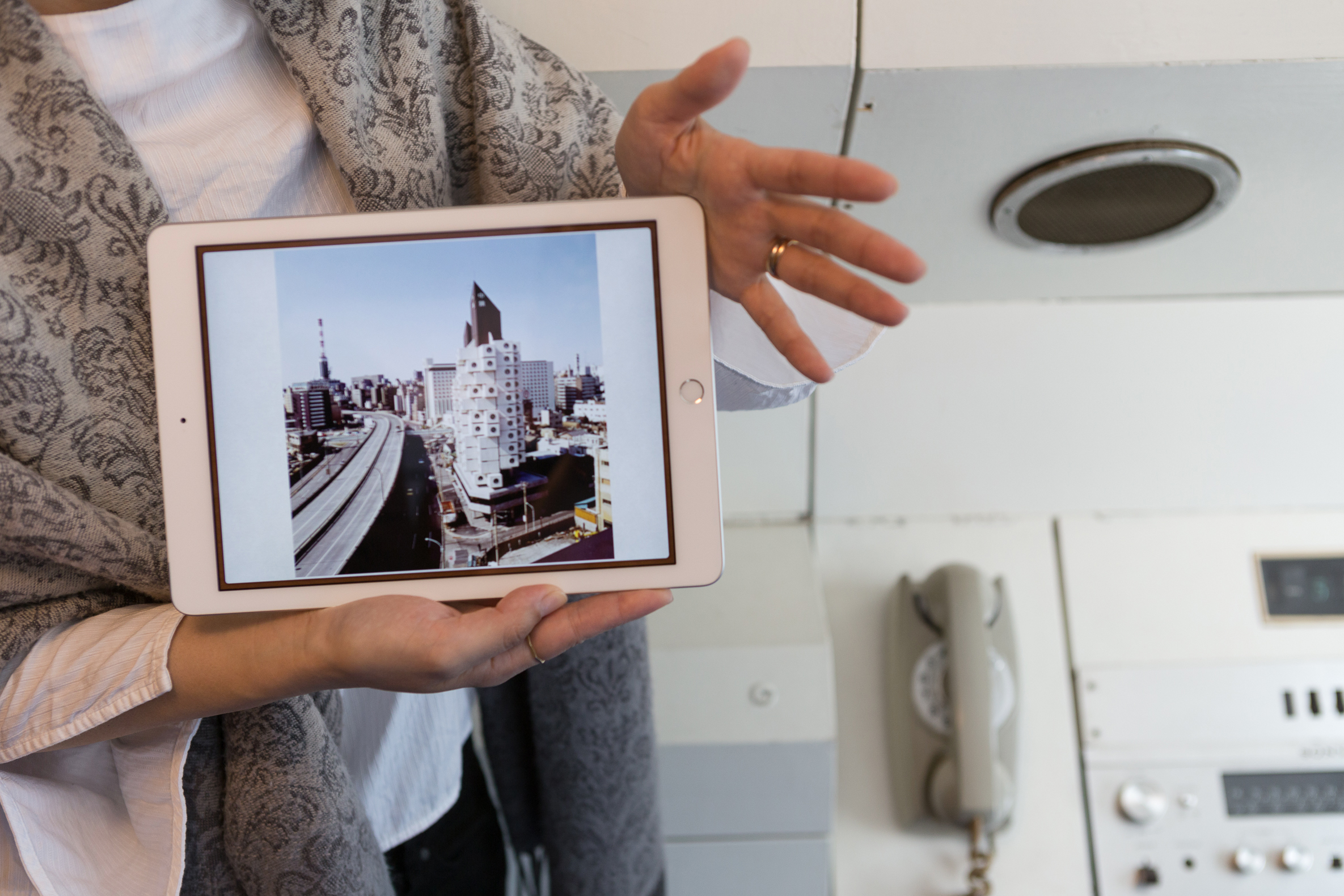 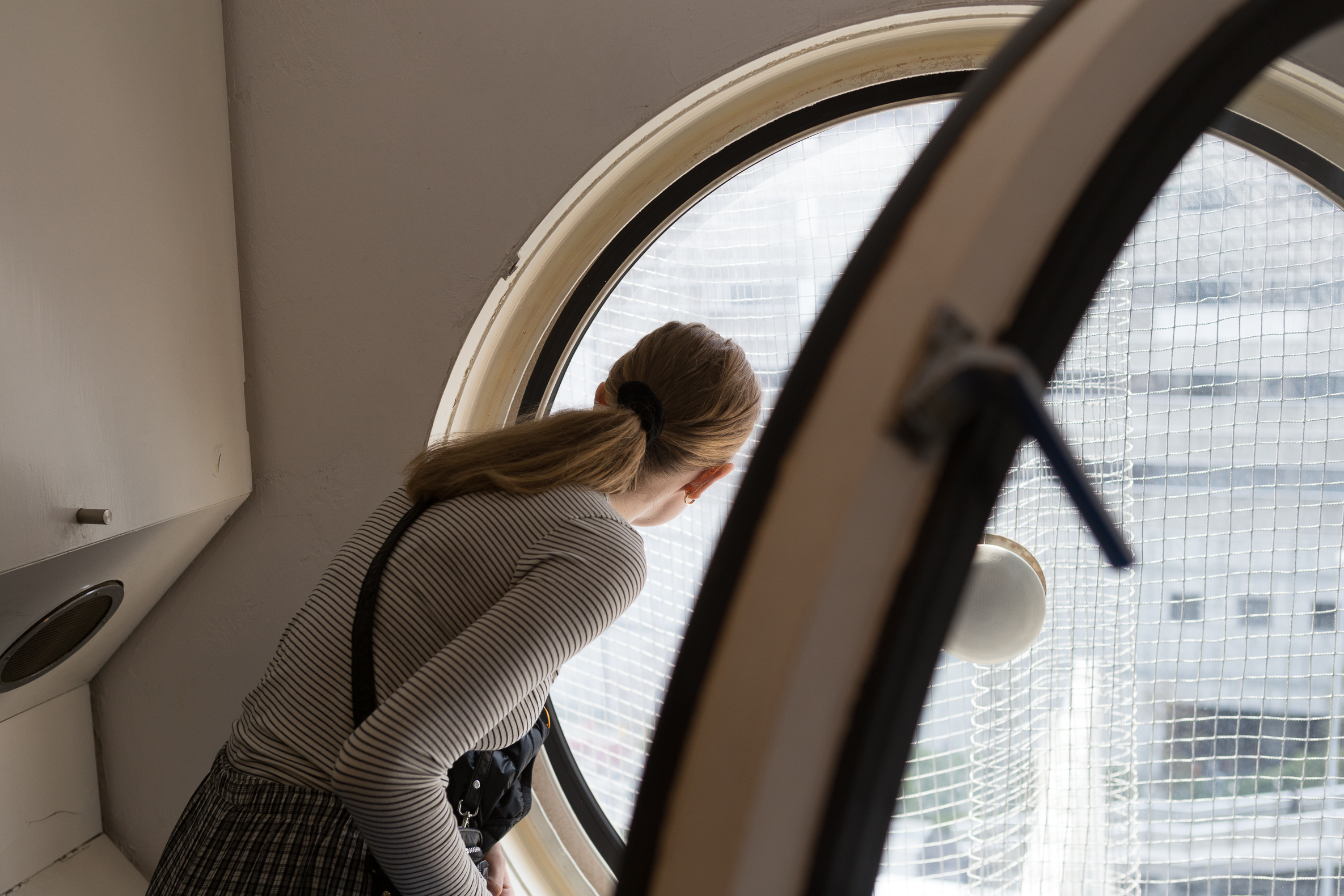 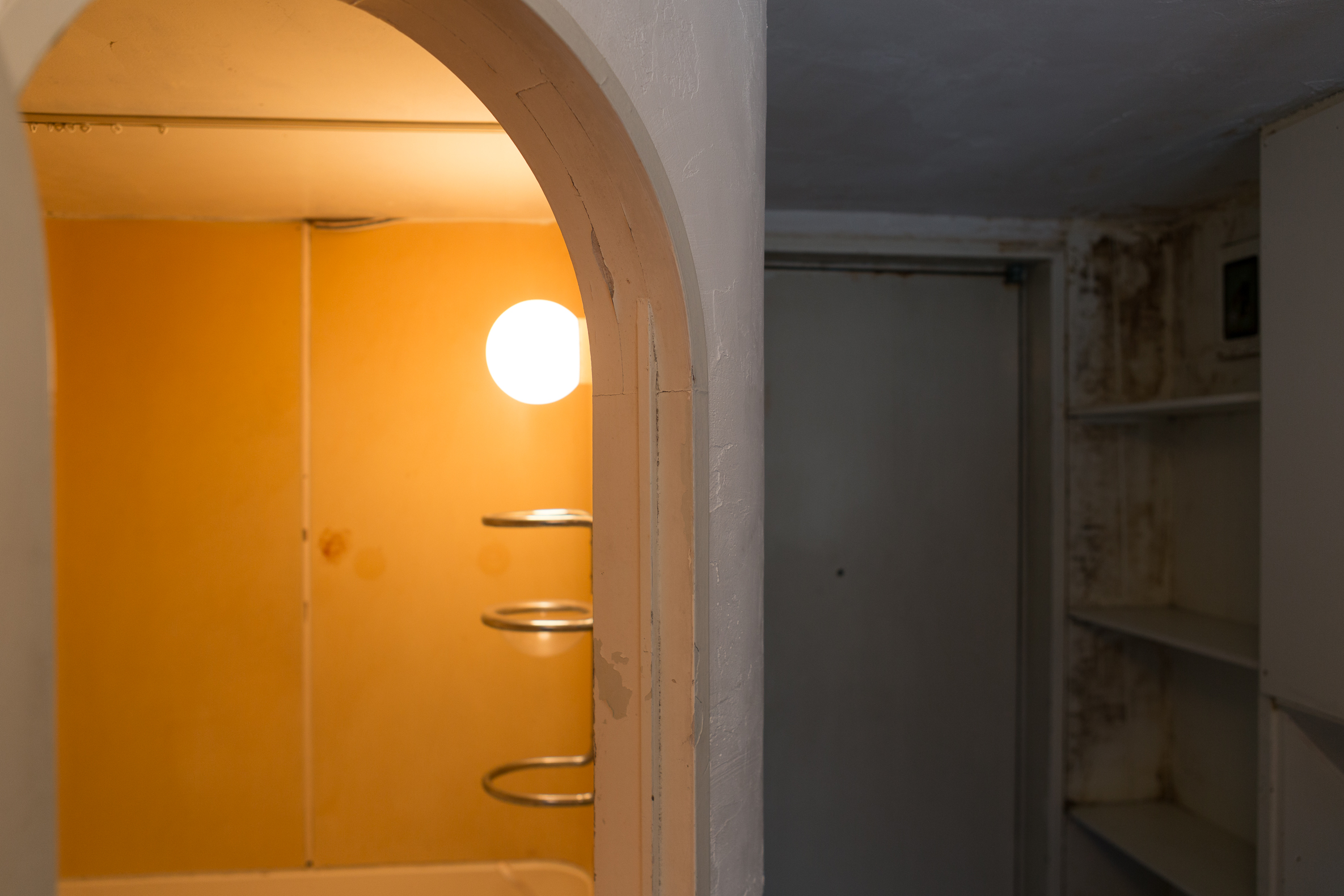 The tower looks futuristic from afar, but when you look closer, you notice different things. Rust. Moisture. A net on the front of the building, because inhabitants got creative with the windows, that couldn’t be opened initially – you wouldn’t want one of these windows to land on your head when you’re walking on the sidewalk. Small spaces between capsules are closed off by sheet metal, pipes are exposed and here and there things are covered with wood or plastic. This building is a slum.

A slum that houses people. One capsule houses a family of three (the tour guide really said it!), another one is home to a couple so dedicated, they didn’t even replace the out-of-order heating system with a more modern one. And because a hot water pipe broke in 2010, they shower in cold water.

The concept that should have been so modular, that should have had the capsules upgraded after 25 years, is decaying. Not even one capsule has been replaced. Leaks are not being repaired, because it’s almost impossible to reach the spot. Removing a capsule from the middle of the building is mere impossible, because it would require all the capsules above it to be removed too. And because all the capsules are privately owned, and every owner can decide what happens… Nothing happens. 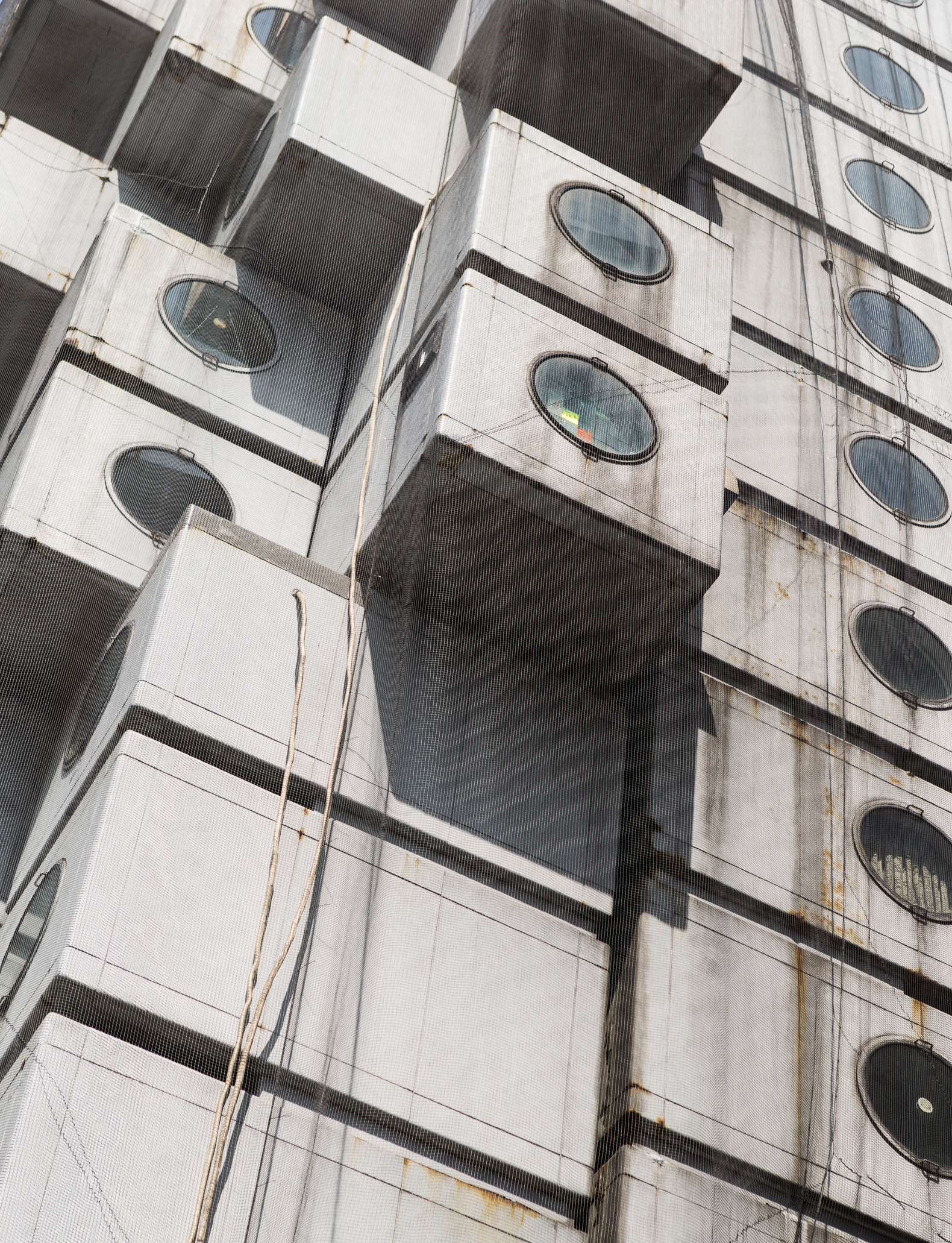 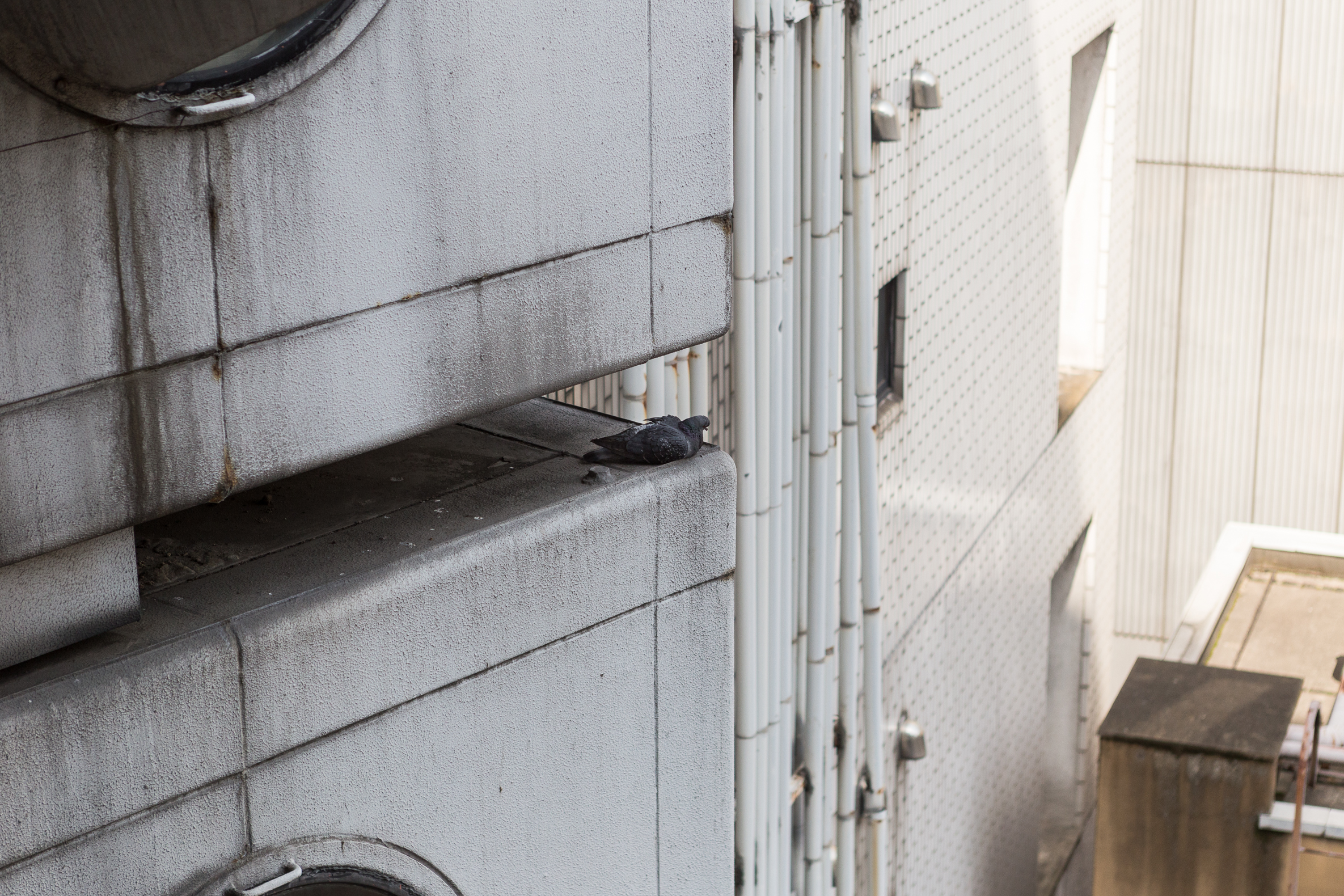 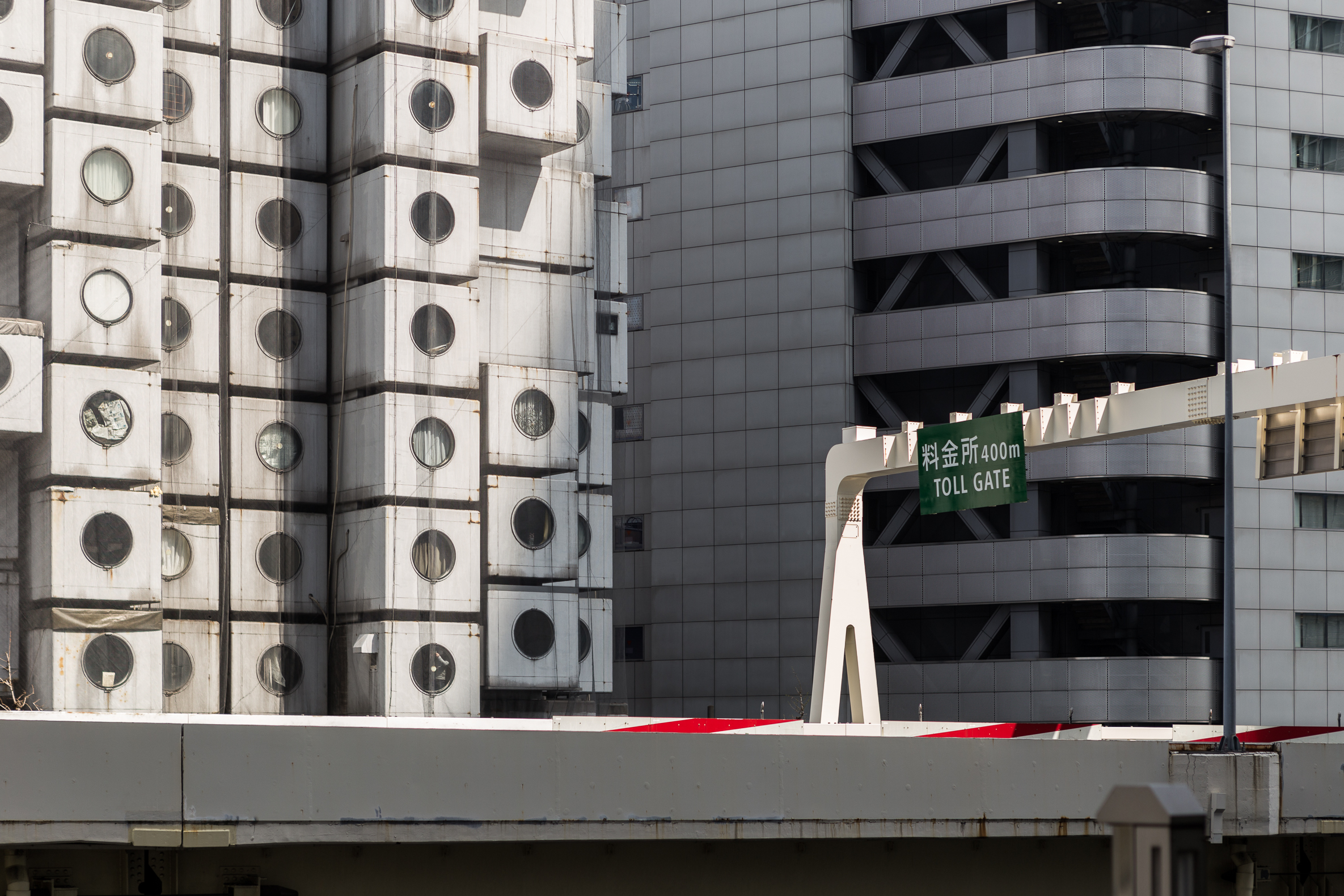 A failed experiment? I don’t know. The building still inspires lots of people. The influences of the tower can be found in lots of other architects’ work, and even in my beloved citizenM hotel, I see a little bit of the Nakagin Tower, or what it could have been.

A growing group of people is fighting for the preservation of the tower, but in that process they encounter an ideological dilemma: they could go for a heritage status, but Kurokawa’s philosophy would point more towards replacing the capsules in a big overhaul. You could even argue that decay is also a part of life, and that the tower should therefore just be demolished. But for now it’s still there, caught in an administrative stand-off between different residents and the owner of the cores of the building. Pretty ironic. 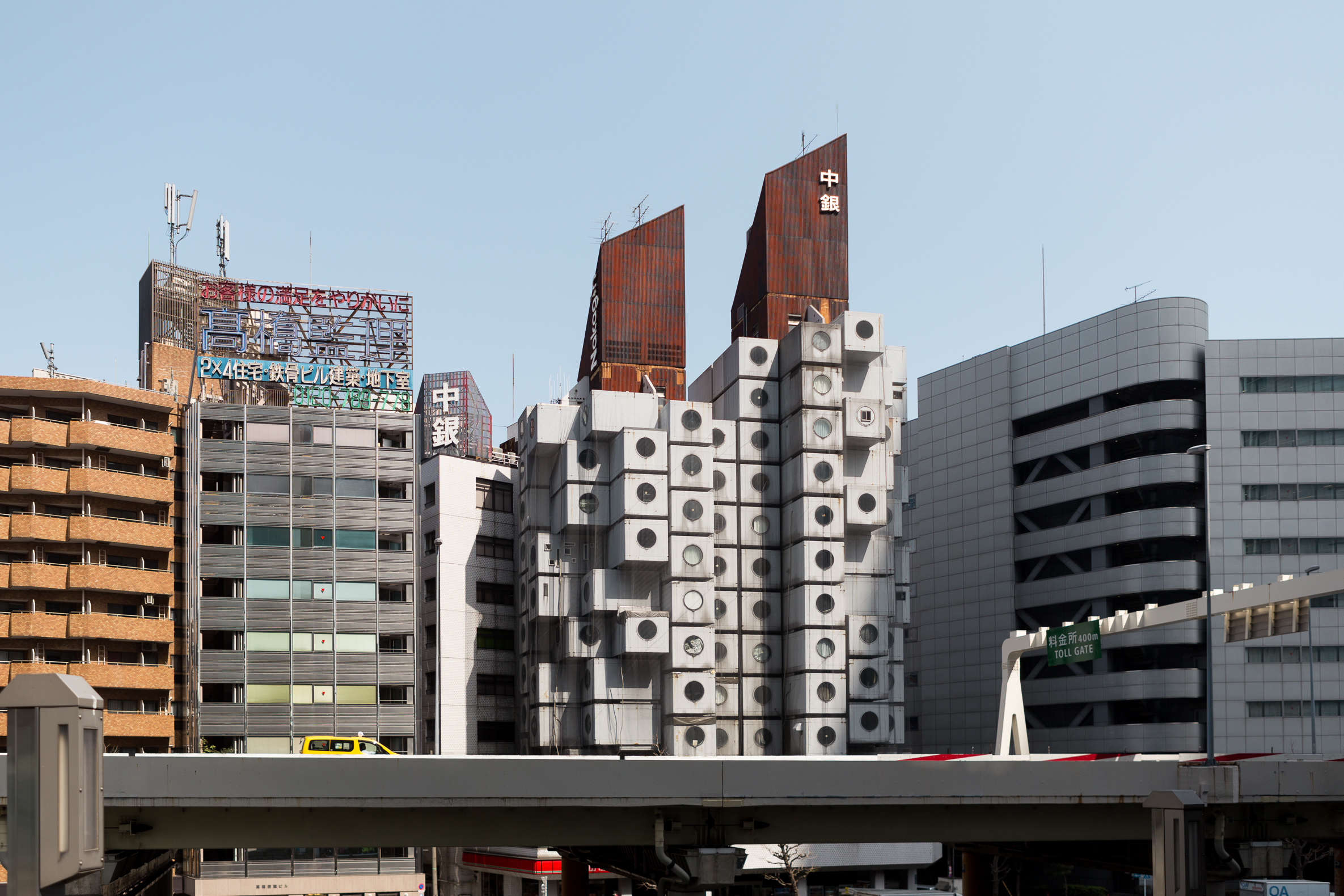 Een reactie op “The impermanence of the Nakagin Capsule Tower”