Dutchies in Tokyo, or Odawara #4 – Jalisha

For my appointment with Jalisha (25) I have to leave the city. About an hour and a half from Tokyo is Odawara, a place I previously only knew as a transfer station to the nearby onsen villages. (An onsen is a bathhouse filled with volcanically heated water, and because Odawara is so close to Mt. Fuji, there are plenty of onsen resorts nearby.)

“We can go to Odawara Castle,” Jalisha suggests. Since it’s Golden Week, there are food stalls and festivities. Shops in the city are blessed by groups of people carrying heavy wooden mikoshi (a kind of mini-temples). Jalisha sighs: “I could watch this all day long!”

She went to Japan for the first time when she was fifteen. “A classmate introduced me to Japanese pop music. That was so new to me, and I loved it. I became a fan, wanted to be able to sing along to the songs and that’s how I started learning my first words of Japanese. Not much later I found an organization online that allowed me to spend a summer with a Japanese host family. It was so much fun that I wanted to do it again soon. So after the summer program a high school year followed, then I went to study Japanese in Amsterdam, after which I also did an internship in Japan. Going to work there was the logical next step.” 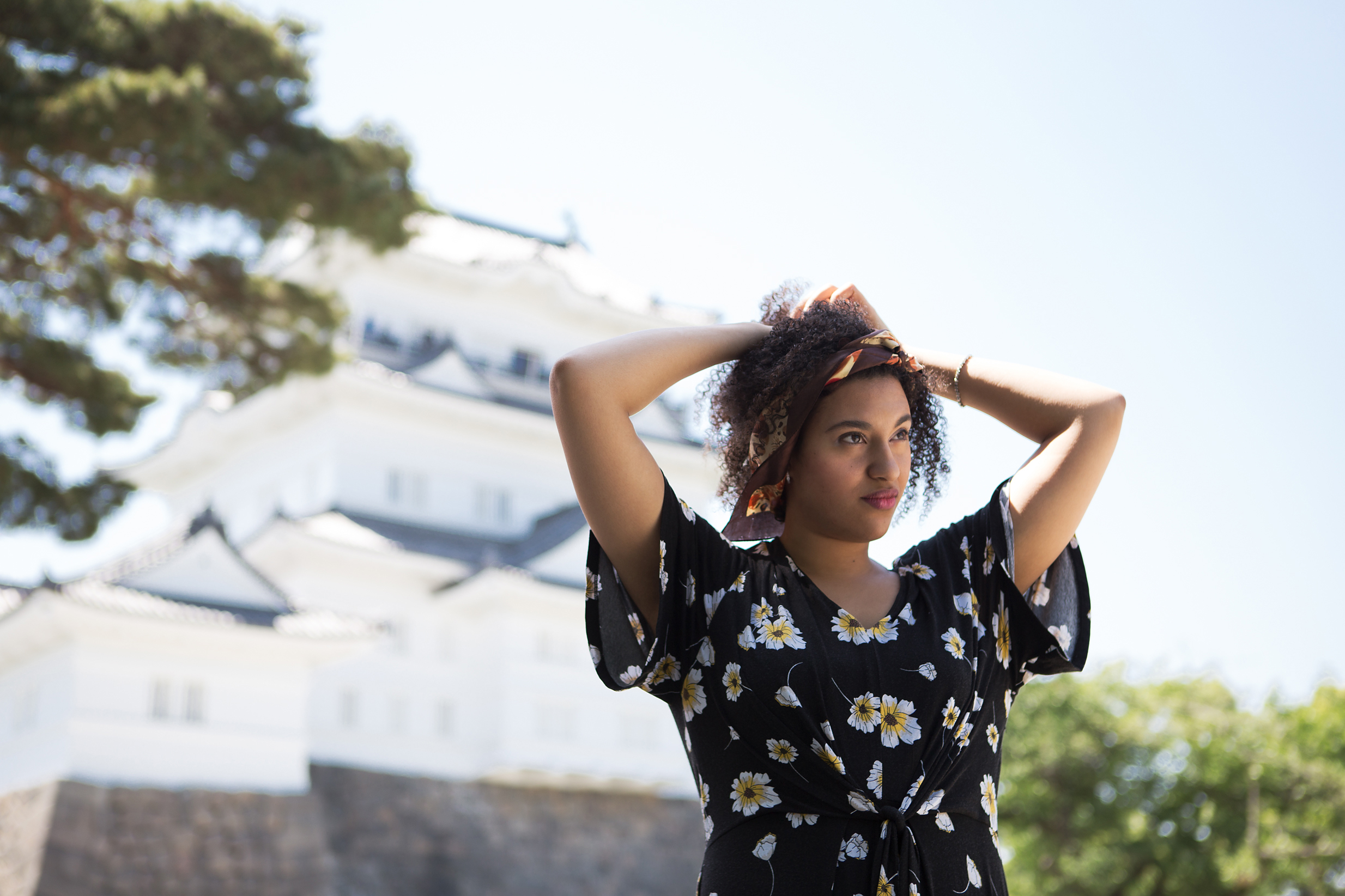 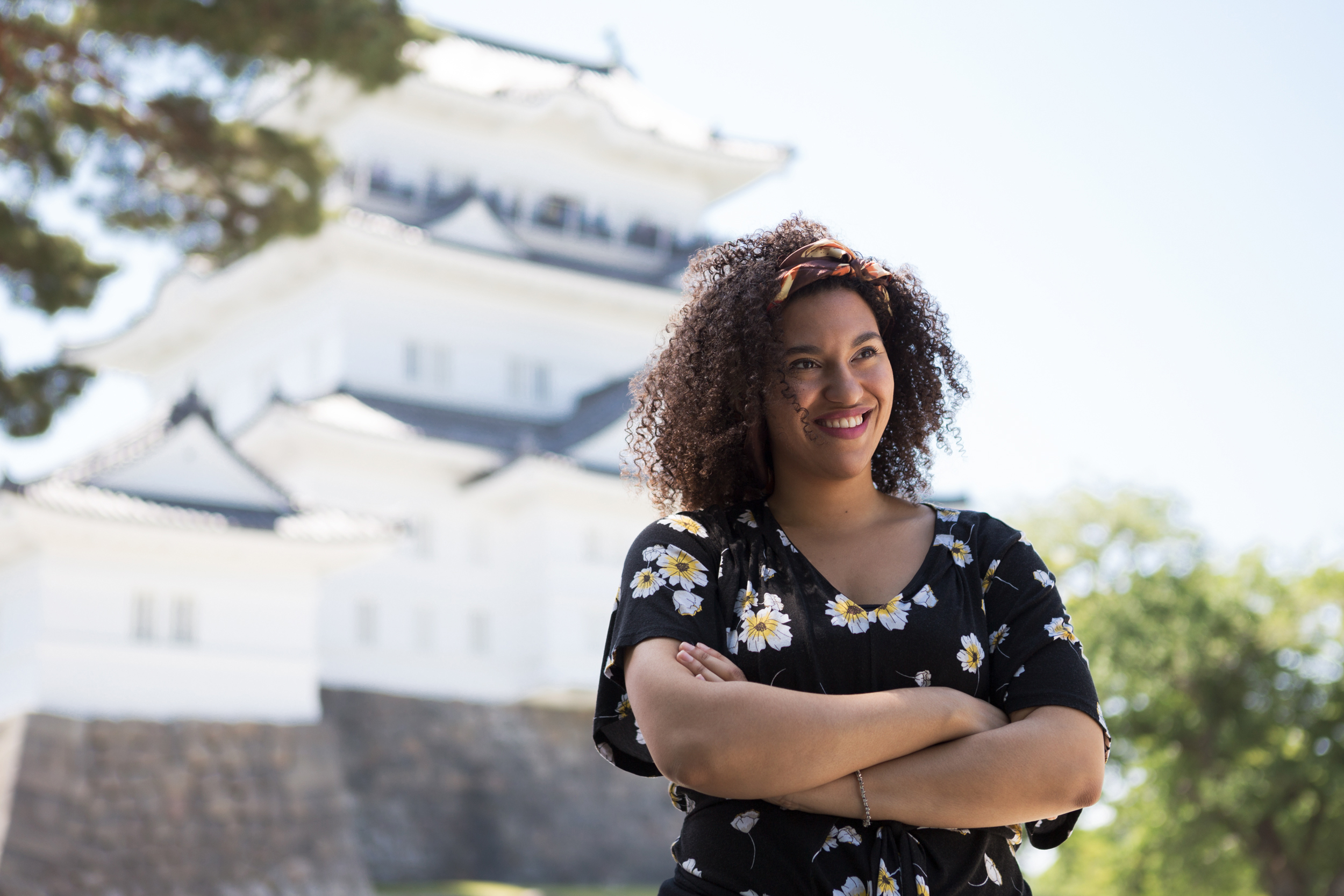 Jalisha in front of Odawara Castle, the tourist attraction of the city

“I work for a company that sells traditional Japanese products online worldwide. Many local companies struggled with a shrinking Japanese market, including the founder of our webshop: a generations-old family business that sells umeboshi, pickled plums. Thanks to the webshop, the small, artisanal companies now suddenly have hundreds of orders per month.”

The only gaijin in the village

Jalisha: “In the Netherlands I always heard that I was too shy, too quiet, too modest. Japanese culture suits me much better in that regard. Although it was tough in the beginning. When I was in high school in a rural village in southern Japan, sometimes cars would even stop to look at me. Old men thought I was American and spoke to me in a nasty way (because of WW2 – ed.).

And still there are people who are startled or walk away when they see me. However, living in a village also has its advantages. In Roppongi (a neighborhood in Tokyo) there are so many expats who act annoying, who do not adapt, that people get a negative image of all foreigners, and assume that I am one of them. Where I live everyone knows me, so when I go to the supermarket they see me as an individual.” 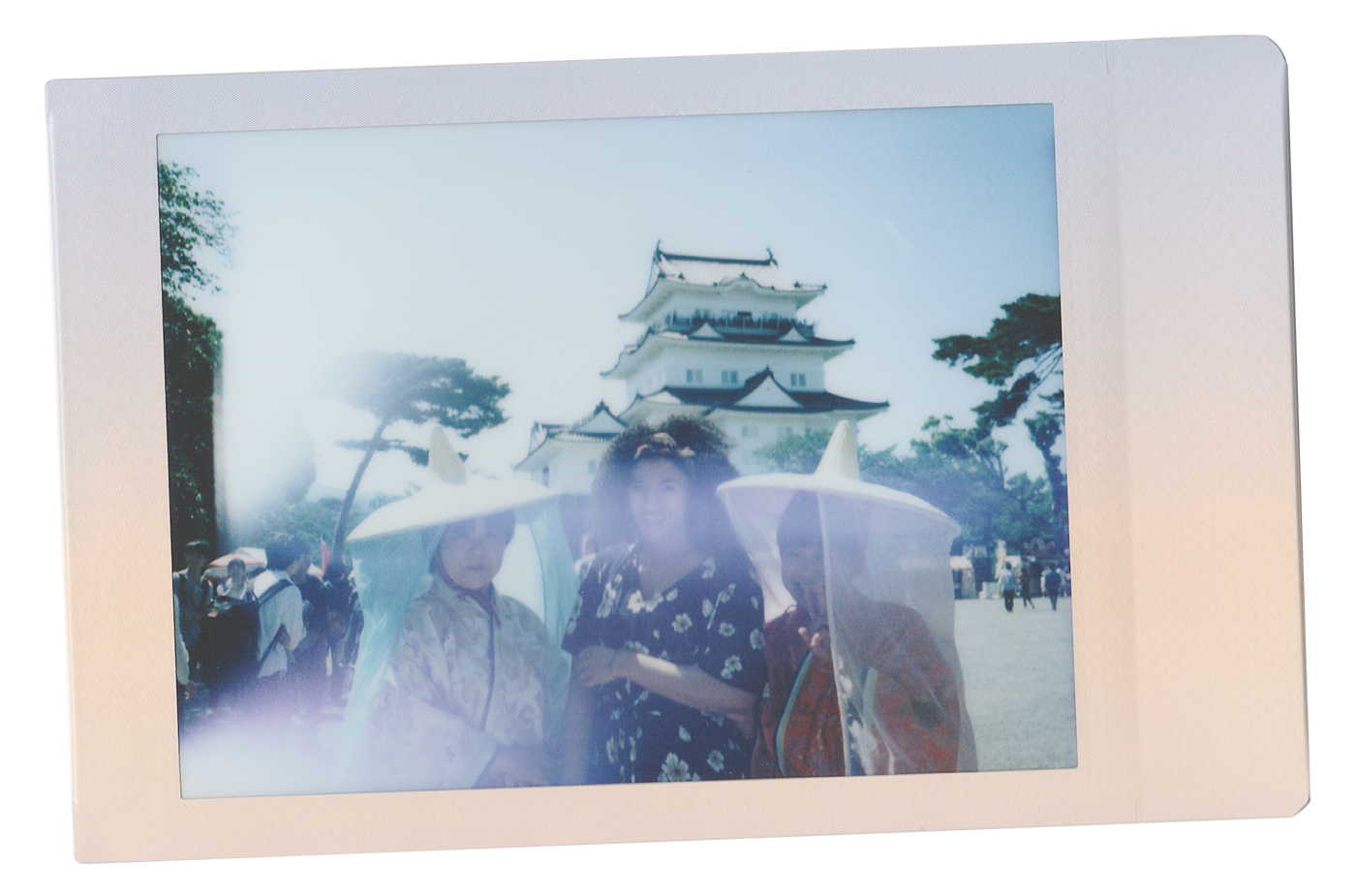 Jalisha is vegan, so that same supermarket is also a challenge in that regard. “I can choose from two types of onigiri (rice snacks). That’s it. Most people here don’t get it when you say you’re vegan. When people in Japan eat vegan or vegetarian, it is often to lose weight. So they find it hard to understand that I don’t eat chicken or fish stock either.”

One floor below the office where Jalisha works is the Mixed Martial Arts gym where Jalisha trains about six times a week. On Valentine’s Day, Jalisha treated the whole gym to vegan chocolates. “Then people will ask: vegan, what is that? In this way I hope to teach people about veganism in a fun way.” •

Also check out the stories of the other girls from this series: Maria, Nadine and Charissa, and Melissa. Tomorrow the fifth (and last) part will be online!