I met with Melissa (26) in front of Shinjuku station, the busiest station in Tokyo. “Under that big video screen at ALTA.” Shinjuku has never been my favorite station, because I always get lost mercilessly, so I was happy to find the video screen, and then Melissa too.

We were on our way to Golden Gai, a part of Shinjuku where time seems to have stood still. It is an entertainment area with mini-bars, which sometimes only fit ten people. I had never been there, but Melissa, who among other things shows tourists around as a tour guide for Tokiotours, could tell me all about it: “Did you know that this is one of the few areas where the yakuza (mafia) has no control? They have already set fires a few times, as leverage!” 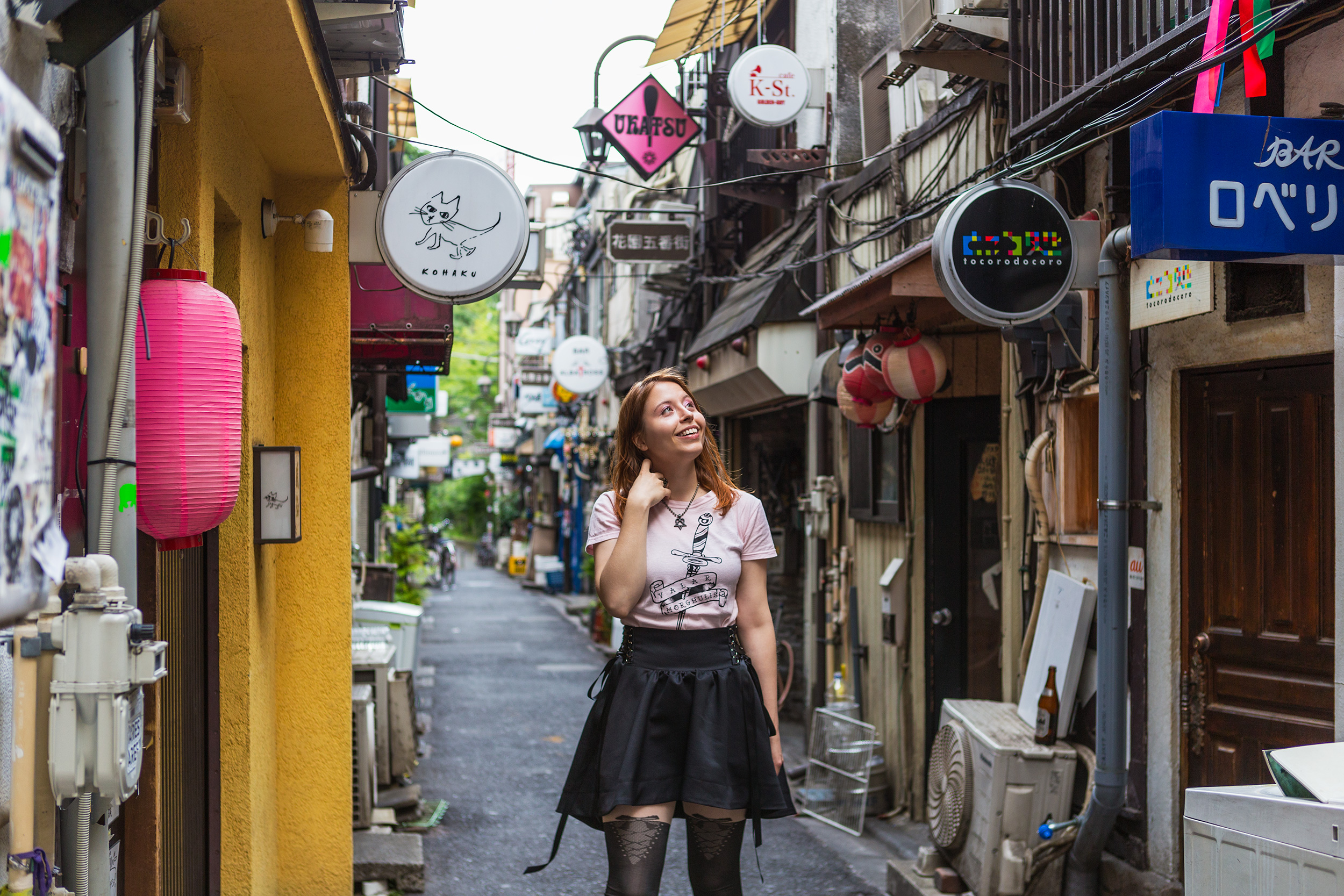 Golden Gai, with its tiny bars, is one of Melissa's favorite places in Tokyo

“I was interested in Japan from childhood,” says Melissa. “I watched DragonballZ, although I only discovered later that it came from Japan. Once I knew that, I started watching more anime. And through that anime I ended up with music. I like the somewhat louder music; Visual Kei, metal… And nowadays I visit a lot of indie bands, who perform in the small halls of Tokyo.”

Melissa studied Japanese studies in Leiden, has lived in Japan since 2014 and is now married to her Japanese boyfriend. “We were roommates in the cheapest share house I could find. When I found a job in Tochigi province (two hours north of Tokyo) and left the house, it turned out that he really hated it! We eventually moved to Tochigi together. I taught English there for two years, after which my husband found a job at a brewery in Tokyo. We moved back, and after some wandering I found my current job: saleswoman at Lush.”

Melissa shares her love for Tokyo in her second job: tour guide. “We show the modern, hysterical places of Tokyo, but also the old streets and temples. We also have a bar-hopping tour, and one of my favorites: a ghost tour, with Japanese ghost stories!” 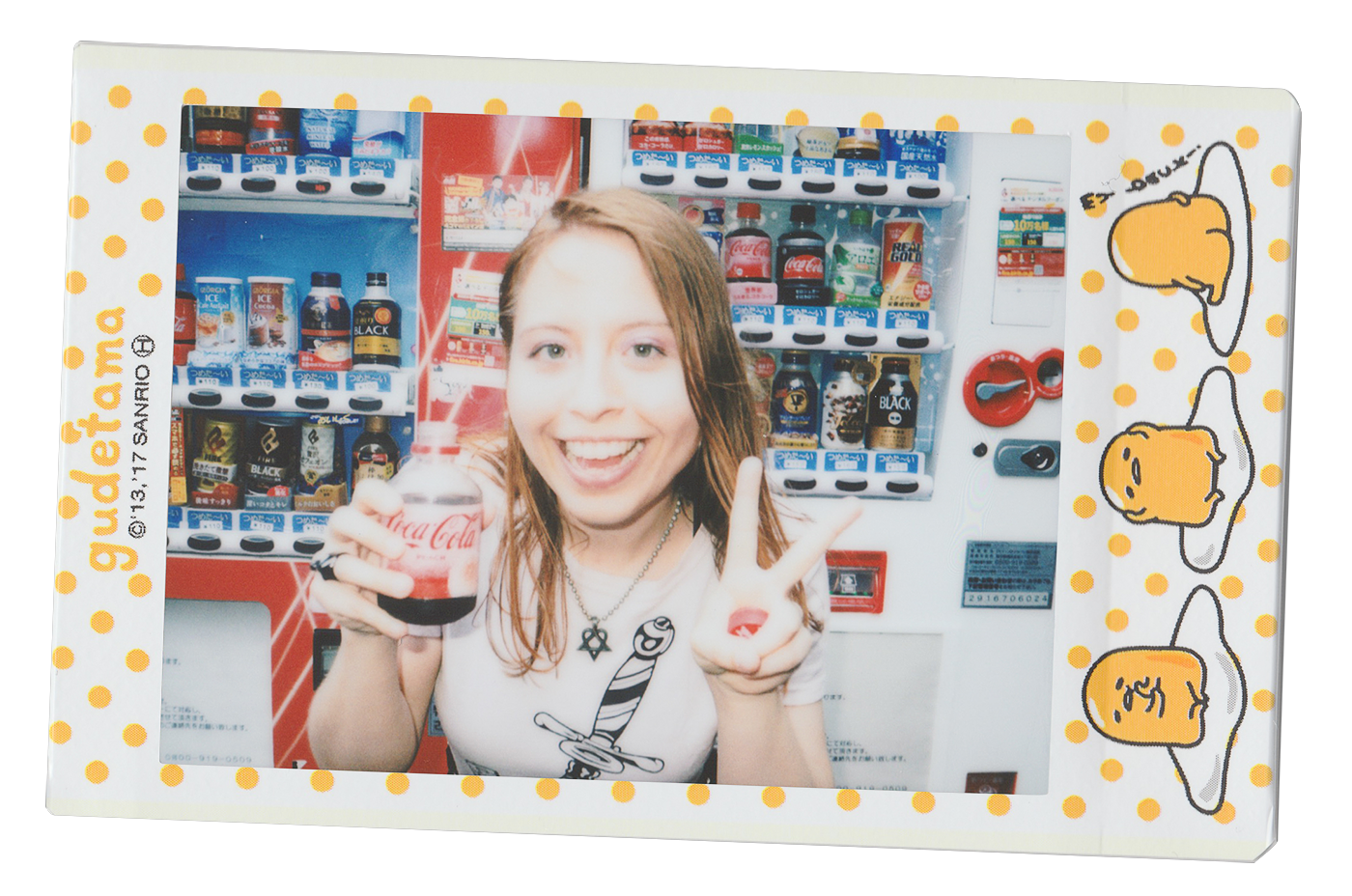 Yet she sometimes misses the Netherlands, especially the Dutch directness. Melissa: “When I work in the store, it kind of feels like I’m putting on a mask. Your personality changes with the language you speak, and in Japanese I present myself really differently than in Dutch. That’s why I’m happy if I can speak Dutch once in a while.

Some things are very double-sided. Japan, for example, is still very sexist and unemancipated in some areas (think of the division of labor within the family, for example). On the other hand, I feel very safe here. I can walk down the street in my short skirt with sexy stockings, nobody will cat call me. I can be free here and wear what I want. It didn’t feel that way in the Netherlands.”

Does Melissa see herself growing old in Japan? “Not necessarily. My husband would also like to live abroad for a while, so maybe we will emigrate soon. We are thinking of Taiwan.” •

This was the third installment in my “Dutchies in Tokyo” series! Have you read part 1 (with Maria) and part 2 (with Nadine and Charissa)? Tomorrow the fourth part will be online, so stay tuned!