A nuanced take on the Spectrum 10K study

There’s been a lot going on online recently. An organisation called Spectrum 10K is trying to recruit 10.000 autistic people to get DNA samples from, for an in-depth study of the genetic origins of autism. (Read more about it in this article from Indy100.) Science-y me is immediately interested. I too want to know where autism comes from, and how things work, genetically. A vocal group of autistics on twitter is concerned: “This is nothing short of eugenics!”, they say.

I understand their concerns, and agree with them in part. Some people involved with the study were involved with discredited groups in the past, like “Cure Autism Now”, or said stupid things. Take Simon Baron-Cohen (Borat’s cousin), who used to think we lacked empathy or had a “extremely male brain”. Yikes.

According to the researchers, they grew and learned and now just want to help understanding us better. The autistics on twitter are not convinced: “Why would you want to study our DNA like that anyway?”

Even though, as I said, I understand the concerns, what I find a bit difficult to see is the catastrophising of it all. I’ve seen people claim that “they want to eradicate us”, by aborting all autistic babies. Comparisons with Dr. Asperger and the nazi regime are being made. And even though one twitter user urged me to read up on the history of autism when I slightly disagreed with her, I can assure you, I know. I actually wrote a chapter about it in my book.

The benefits of gene research

Is a study about autism and genes inherently meant to eradicate us? I don’t believe it is. There can be a number of useful uses for this data, so let me just list a couple of examples:

It might be used for better diagnosis. We all know that autism often goes undetected, especially in autistic girls and minorities. This is because now, we depend on human assessment of our symptoms. People who mask a lot tend to fall through the cracks, even though masking is often vital for our functioning in a neurotypical world.

Now you might say: “Just improve the diagnostics process then!” And I agree. There is a lot to be improved on. But wouldn’t it be great, if there was an objective standard? A test you can shove in people’s face when they don’t believe you?

Another part of this argument is age. You can’t assess a baby for autism with a great amount of certainty; reliable diagnoses start from around age 2. But if we look at Markram’s Intense World Theory, the overstimulation might have already done some harm, creating anxiety or other forms of suffering. It would be nice if we could use this science to make sure an autistic baby is getting the most beneficial care from the beginning. This might mean protection from extreme stimuli, like lots of people visiting or bright sunlight.

My second argument: the more knowledge we have on the genetic origins of autism, the less ground charlatans will have for their woo-woo claims and treatments. This will mean less children will be subjected to extreme diets, homeopathic sugar granules to “counteract vaccinations” and whatever else they come up with. Of course, there is already evidence that counteracts their claims, and some people will never be convinced, but the more evidence we have, the better.

The third argument is that there are autistic people that actually suffer from the co-occurring symptoms that Spectrum 10K is planning on studying (like gut issues or epilepsy). I don’t want to deny them the research that might one day be able to alleviate these symptoms. I don’t say we all have to change, and I am aware of the danger of this – of parents forcing treatments on their children. That’s a valid concern. But let’s not throw away the kid with the bathwater, and deprive others of potentially useful knowledge.

I would never want to “cure” my autism. (According to Spectrum 10K, they’re not looking for a cure and oppose eugenics.) But oh, how I’d love to get rid of my stomach cramps and days of being knocked out with horrible headaches due to overstimulation. Is that internalised ableism? I don’t think so. It’s just me wanting to live with less pain.

“But then just study gut issues, or something!” Well, here’s my last argument, at least for now. We don’t know what they’re gonna find. So maybe they stumble upon a link that nobody ever thought of. That nobody ever knew existed. Is it bad to search for knowledge? Inherently, no. Of course not.

With the same facts in hand, people can do good or bad things. And once again, I understand the concerns. But to oppose an entire field of research, because you might not like the outcomes, or the things people might do with those outcomes? I don’t know, it sounds a bit religious to me. You can oppose eugenics (as every sensible human would) without shunning gene research altogether.

I see a lot of autistics feeling miserable, because they’re in this negative online bubble where everyone believes that the whole world hates them. I think that’s neither true, nor helpful.

And that’s why I’m writing this blog. The twitter subgroup of these autistic activists is so vocal, that it can be difficult to add nuance. It’s from zero to nazi in under 10 seconds. But nuance is needed in discussions like this. We’re not all the same, we do not all think alike, and we should be able to have different opinions. Even if you personally believe they’re wrong. 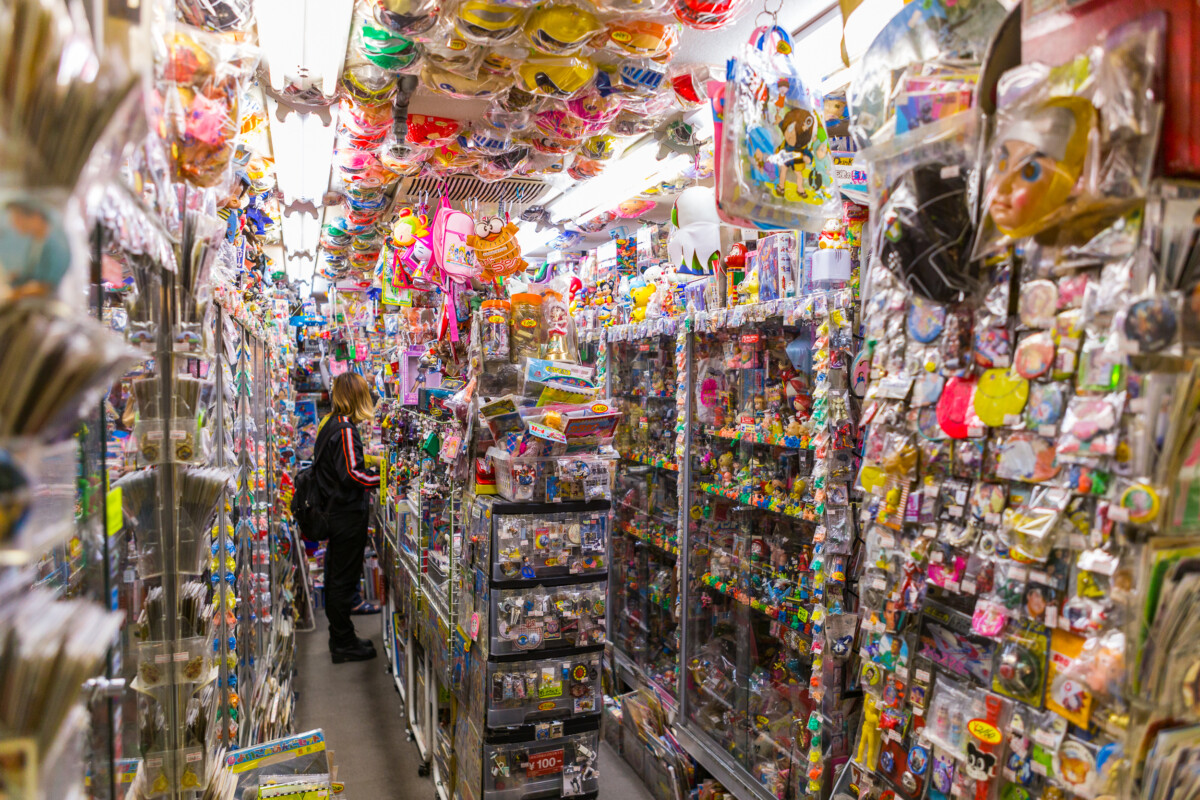 As I promised in the previous part of this series, in this blog I’ll take you to Nakano Broadway. From Disney figurines to watches, from manga to model trains, everything that’s collectible can be found here. 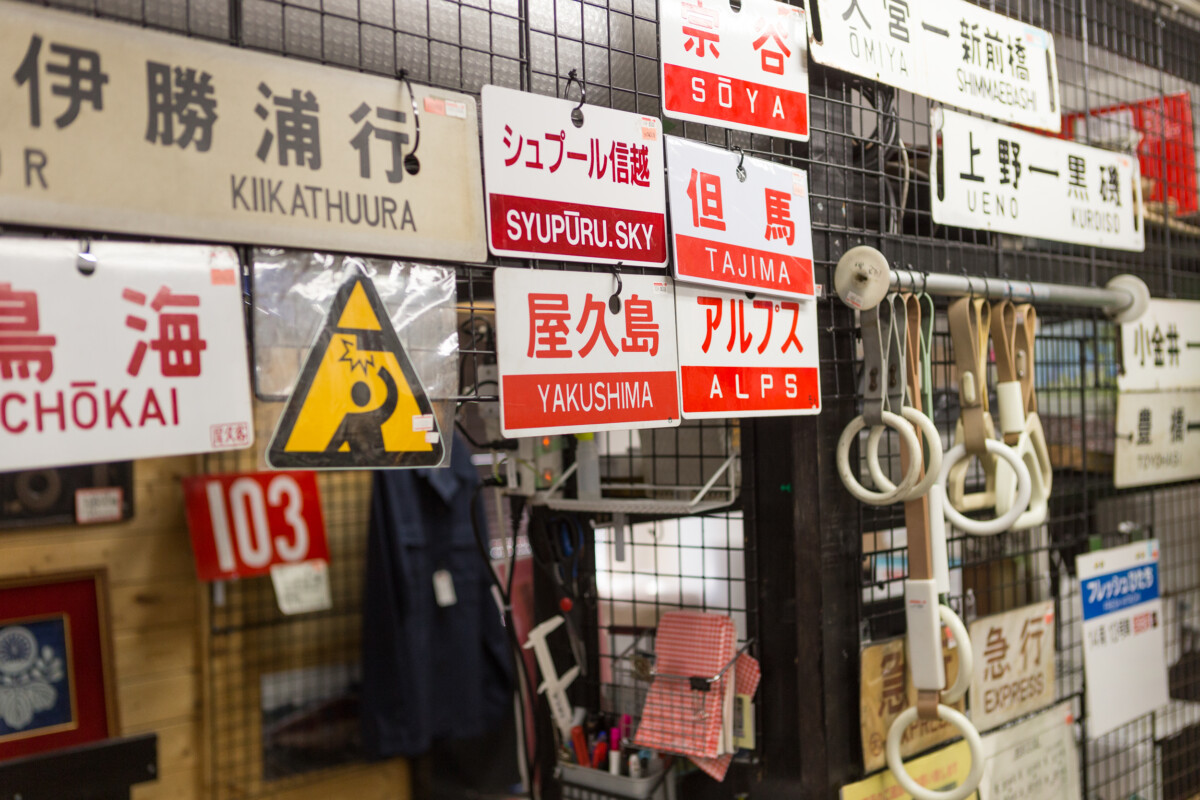 As you may know, I’m a huge nerd. And just like every other nerd, I have my obsessions: trains, and Disney parks. Tokyo is like heaven for nerds, called “otaku” in Japanese. In this series of blogs I’ll introduce you to nerdy Japan. In the next post I’ll take you to Nakano Broadway, but first: trains!

3 reacties op “A nuanced take on the Spectrum 10K study”